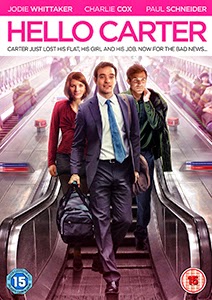 Filmmaker Anthony Wilcox embarks upon his first feature film in the director’s chair with a commendable amount of composure – an attitude presumably gained from experience further down the ladder on films such as Hot Fuzz (2007) and Brighton Rock (2010). The debut in question, Hello Carter (2013), ventures where many British dramadies tend to fail; extracting the best of British awkwardness and amusing politeness to great effect, without sinking fast amidst deflatingly unfunny quips. Despite the film’s origins, the eponymous protagonist, Carter (Charlie Cox), has no floppy fringe; neither does he have a mockney accent, or a gun stashed somewhere about his person. It’s thoroughly refreshing. 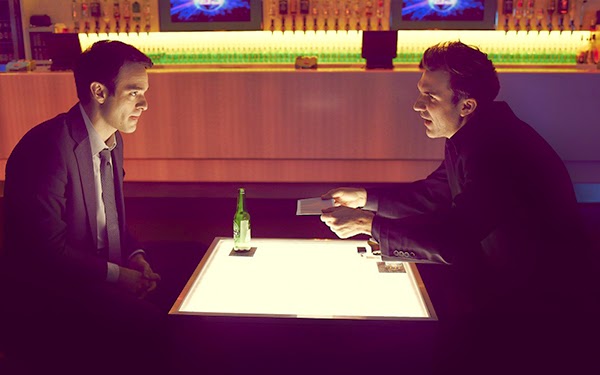 He does have many problems, though. Being unemployed and having to sleep on his brother Elliott’s (Christian Cooke) floor, for starters. He chooses to focus instead on the more abstract quandry of getting the telephone number of his ex-girlfriend Kelly; their split apparently kicking off his annus horribilis. Interest is sparked by the decisions that Carter makes in pursuit of his ill-advised goal, combined with the continued appearance of an office full of random recruitment consultants and his fairy godmother-like aunt (Judy Parfitt). It’s a charmer, with the trappings of real life: boring meetings, toilet visits and awkward conversations across a Central line tube carriage all feature as the action progresses. Carter is a likeable underdog with eccentric friends and a simple outlook on life who gets carried away on a flight of fancy.

Looking under the surface, there isn’t a whole lot of substance, but this works in the film’s favour; the viewer is forcibly stationed in the here and now with Carter, engrossed in his current experience. Only a couple of cringeworthy lines exchanged between Carter and Jenny (Jodie Whittaker) break that spell, causing the briefest of eye-rolls. The understated comedy is largely very efficient; a constant stream of wry observation and sardonic humour. Lines such as “Skype threat-related crimes” and “paedophiles probably love playing charades” are particular screenplay highlights. One scene is farcical and horribly wince-inducing, probably worthy of Basil Fawlty himself, but the initial pain soon passes leaving an enjoyable warmth in its wake.

The overall effect is smooth, the heavy baseline of the score generally working as a counterbalance to all the British idiosyncrasy. Opening time-lapse shots of the London skyline seem very familiar and suggest, momentarily, the following of a well-travelled path of British film. Fortunately, it largely rejects formula and the performances are all strong, with the supporting cast more than competently encapsulating their characters. Paul Schneider as Kelly’s brother Aaron is not the usual loose canon, while Nicolas (Henry Lloyd-Hughes) is the perfectly crass recruitment consultant and Jodie Whittaker is adorable without being simpery. Together they definitely make Hello Carter a fine effort for a debut feature.