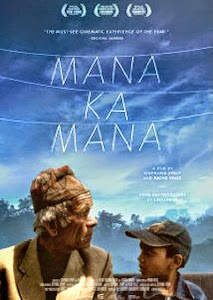 Last year, the Harvard Sensory Ethnographic Lab swallowed screens with their briny and disorientating fish-eye-view experience, Leviathan (2012). When their latest film, Manakamana (2013) opens in the pitch dark to the whirring of mechanical winches audiences may be forgiven for wondering if they should expect more of the same. However, light bursts forth and what follows could hardly be more different. Manakamana is an exemplar of observational cinema, consisting of around a dozen unmoving shots as a cable car traverses the Nepalese foothills. It’s meditative, beautiful, utterly fascinating, and one of the year’s finest documentary achievements. 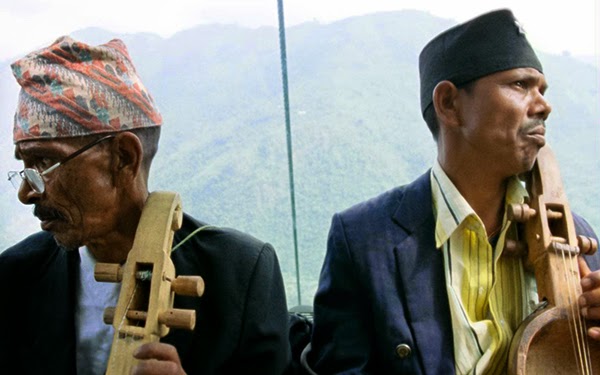 The film’s title refers to a Hindu temple located in the Gorkha region of Nepal. Previously only accessible via a three day trek technological advancements mean a fifteen minute cable car ride is now all it takes. Situating their camera on board one of these carriages, directors Stephanie Spray and Pacho Velez capture multiple pilgrims as they journey back and forth. Framed in static single takes, we accompany each passenger for the duration of their sojourn to make their prayers to Manakamana. The camera’s unblinking stare provides rich portraits of each passenger. However, It’s in the complement of intimacy within this enclosed setting and how the film transcends it to cast an eye over far-reaching social and spiritual ideas that proves the real marvel.

Through off-handed comments and minute details, a far broader picture is painted through layered implication and wonderful revelation – occurring both within individual scenes and across the piece as a whole. Whilst their directorial input is minimal, their selection and arrangement of the film’s cast of characters means Spray and Velez are able to brilliantly sculpt their work. Manakamana opens with two fairly stoic inhabitants, a man and boy, who say nothing and show no great interest in their verdant surroundings (to the point at which you begin to question if the forests are just rear projected onto green screen). It not only eases audiences into the formula and setting, but to the rhythm of self-discovery within this framework. With no context, it is left to the viewer to decipher their own meaning and to wonder at their relationship with each other and the temple to which they are heading.
Some are indeed heading to pray, some on their way home, others are merely visiting tourists. The range of subjects is perfectly balanced from a elderly couple who we see traveling up (and later down – with the clucking chicken of the first journey a limp sacrifice towards the second) to some American tourists: “I’m not really a ‘foothills’ person.” By far the most memorable – and talkative bunch – are a group of petrified goats, presumably on their way to temple to partake in similar activities to the aforementioned chicken. There’s also two elderly women trying to eat ice creams and struggling in spectacularly funny fashion that help add some jocularity to proceedings. Manakamana is hardly claiming to be an educational excursion, yet audiences will feel as though they’ve learned and laughed along the way.
Ben Nicholson | @BRNicholson