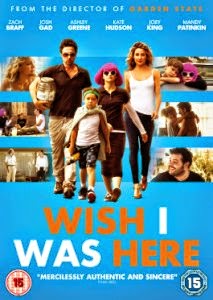 Zach Braff’s second feature, Wish I Was Here (2014), was famously – or perhaps infamously – financed partially through the crowdfunding website Kickstarter. Braff’s reasoning for this was to spare his project from the compromises that would come with a studio production. That Braff got to do exactly what he wanted is very evident in the resulting film. Aidan Bloom (Braff) is a struggling actor, supported by his loving wife Sarah (Kate Hudson), while his father, Gabe (Mandy Patinkin), pays for Aidan and Sarah’s two children – daughter Grace (Joey King of White House Down (2013) and TV’s Fargo) and son Tucker (Pierce Gagnon of Looper (2012)) to attend an expensive private Hebrew school. 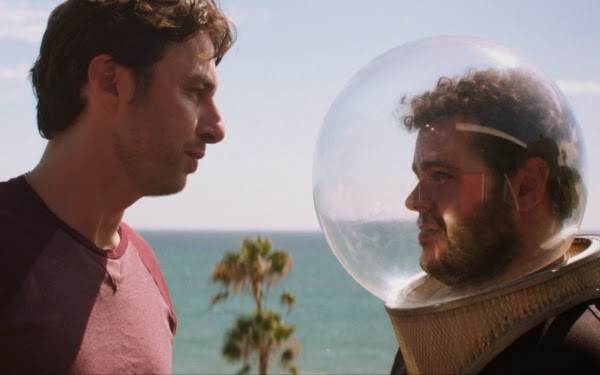 When Gabe is diagnosed with cancer he is unable to continue paying the kids’ tuition, causing Aidan to reassess his life. Critical illness is not often the subject of comedies – though 50/50 (2011) proved that it can be done – and Wish I Was Here duly treads lightly around Gabe’s condition, giving the old man a couple of zingers but largely treating him with a hushed respect. Despite this, much of the film is given over to jokes. Some are honestly very funny, others seem horribly misjudged and it is guilty of indulging too often in the old trick of ‘Very Young Children Swearing’. More than once, the movie invites to laugh along with male characters harassing women before solemnly shaking its head and wagging its finger. Josh Gad plays Noah, Aidan’s despicable, emotionally stunted younger brother.

He seemingly spends his days spewing sexually aggressive insults at women both in person and online, while the film never decides whether or not we’re supposed to find him funny. Though he is no great stylist, Braff does have a great eye for visual gags, managing on several occasions to elicit a laugh with a shot of a well-designed prop or action. On the other hand, the film is peppered with scenes of Aidan fantasising about being a sword-wielding astronaut accompanied by a flying robot. Aside from a tenuous connection to a late dialogue exchange, these scenes add absolutely nothing to the film. Despite the comedy-crushing sobriety of Gabe’s illness and hospitalisation, the looming subject of mortality prompts some of the film’s best scenes when Aidan and Sarah discuss the difficulty of talking to their children about the probable death of their grandfather. Braff and Hudson sell these moments beautifully, but it’s a shame they don’t push them further. Every time the subject comes up, the film backs off. It’s frustrating; in these moments, Wish I Was Here seems like a film that really might have something to say about parents – both being one, and our relationships with them. Instead, it veers back towards that never-quite balanced mix of light comedy and heavy drama.