Film Review: ‘The Duke of Burgundy’

Peter Strickland’s The Duke of Burgundy (2014) finds the director channelling his Eurotrash obsession into a vision that is palpably his own. It’s a brilliant work of erotic esoterica that sashays beautifully from the kinky to the oneiric. Audiences who found the madcap Lynchian freak-out of Berberian Sound Studio‘s phantasmagoric final act to be a case of sensory overload masking conclusion anxiety on Strickland’s part will be encouraged by the director’s steely sense of resolve in his follow-up. In The Duke of Burgundy, love is a form of magic akin to the occult; it is a picture concerned with finding the heart of human connection by skirting the recesses of fantasy and illicit desire. 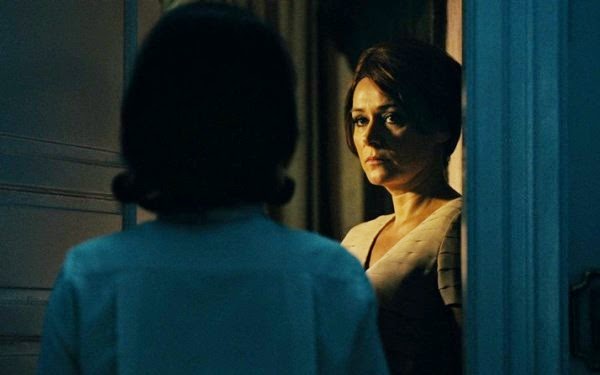 It suggests that we can take ownership of the pain of love only by wilfully submitting ourselves to its dark alchemy. Sidse Babett Knudsen and Chiara D’Anna play Cynthia and Evelyn, a couple who live together in an isolated country house where they play out rituals of punishment and domination for Evelyn’s pleasure. Strickland transcends any potential prurience by using the set-up to focus attention on what this means for the pair. The roles of master and servant become signifiers for the mechanics of love. For Evelyn, artificial power structures allow her to subsume herself into her lover; she is satiated by subservience. Cynthia, on the other hand, yearns for a more conventional courtship, free from the shackles of prescription. These competing visions are two sides of the same coin.

The roles we all play in our relationships are a part of the artifice we construct to make love work. One of the film’s many virtues is the way it deflects erotic force. The sex itself is relatively restrained, but the structures that are built around it are awash with sensuality. Plain, instructive language becomes loaded with pre-coital possibility, where every word and gesture is an elaborate labyrinth created by Evelyn, leading to a rapturous consummation that is always just out of reach. The key mystery at the heart of The Duke of Burgundy is found in the carefully calibrated linguistic patterns that are repeated and distorted throughout. From safe words to the naming of butterfly species, Strickland hints at a web of pastoral connectivity that engulfs everything in the film.

Like the nocturnal reveries of Jean Cocteau, The Duke of Burgundy feels out of time, embalmed like a dream; perhaps it’s a self-contained prism though which we detect our own part in the games of love. Strickland’s cinephilia offers further clues to help unlock the film; the influences are vast, but they position the picture somewhere between the kinky Eurotrash of Jess Franco and the skewed melodrama of Fassbinder’s The Bitter Tears of Petra von Kant (1972). Strickland has the sensibility of an archivist drawn to celluloid oddities at the fringes of cinema history. The influences are more carefully deployed than in Berberian Sound Studio; they pepper the narrative but never threaten to overwhelm the singularity of Strickland’s vision.