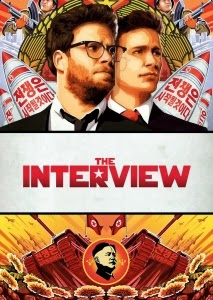 Considering all the hubbub surrounding The Interview (2014), the film’s childish humour, struggling punchlines, and relentless need to portray Seth Rogen and James Franco as virtually the same characters they played in Pineapple Express (2008), make it unfortunate that the actual picture doesn’t live up the national rallying and boisterous petitioning Americans took upon themselves to see it get released. Franco plays TV host and celebrity personality Dave Skylark, a cruder, dumbed down version of America’s ever-so-popular Ryan Seacrest. Rogen, who always seems to need to be the alpha male in every movie he and Franco partner up in, plays his newshound executive producer Aaron Rapaport. 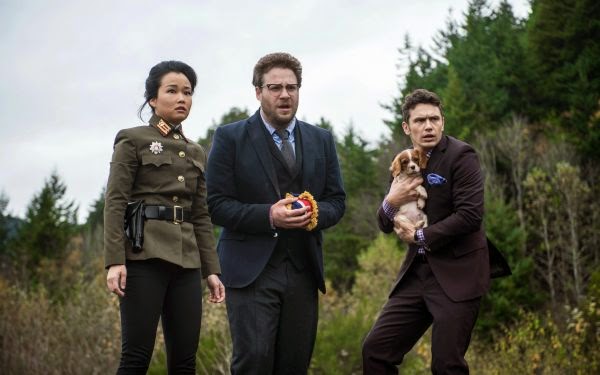 While Skylark loves his position in the network and thoroughly enjoys interviewing celebrities about their mundane problems, like Rob Lowe losing his hair, Rapaport is desperate to pursue properly important news stories. He wants to fit in with the rest of his rapidly greying cohort of journalism school graduates who are carving out exciting careers at perceived exotic companies like ABC and CNN. Their luck changes when Skylark and Rapaport are invited for an exclusive one-on-one hour-long interview with the Supreme Leader of North Korea, Kim Jong-un (played spectacularly by Randall Park). The two are approached by the CIA who give them clear instructions to not only take the interview opportunity, but to use it to finally kill Kim Jong-un once and for all. They reluctantly agree to the daunting task.

Yet, when they finally arrive in Pyongyang, mission goals become strew. The Interview’s biggest fallacy is the redundancy of the same old comedy dance routine audiences have grown accustomed to with other Rogen/Franco projects. The imbalance of perceived intelligence between the two is old; the constant homeroticism and references to each other’s genitalia are old; the inevitable fight over the misconception that Rogen is right while Franco is invariably wrong is old. Even the most adoring fans of Rogen and Franco will have difficulties finding gut-busting scenes here. The Interview was designed to operate as a satire, and while certain depictions of Kim Jong-un are funny, it comes off more as insulting to Korean culture as a whole rather than directed at one man. Some of the funnier scenes occur when Skylark and Kim Jong-un are just palling around and discovering each other as friends, confiding in each other about their love of Katy Perry.

Most of that can and should be attributed to Park’s portrayal of the North Korean leader. His physical quirks are on a par with the one-liners he delivers throughout, and in a stale film reeking of recycled jokes from movies past, he had a refreshing tone that keeps things going, just about. There are funny moments, of course, but they are sporadic and too far spread out. The Interview may have benefited in investing more energy in compiling a stronger supporting cast – this would have at least allowed the humour to potentially branch out and find new gags that unfortunately weren’t present. It’s imperative that the movie has the freedom to be shown around the world without fear of repercussion, but aside from the curiosity that stems from the global gawk factor at the situation, it’s one that can be skipped.