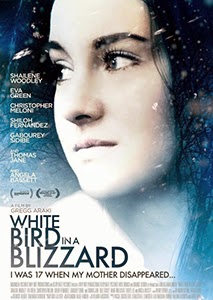 “In a blink my virginity disappeared just like my mother.” Delivered with raw teenage cynicism by rising star Shailene Woodley’s Kat, this line of voiceover perfectly encapsulates the primary dynamics of Gregg Araki’s White Bird in a Blizzard (2014). An adaptation of Laura Kasischke’s novel of the same name, the film almost disregards the mystery at the narrative’s centre in favour of exploring the intertwined sexuality of Kat and her mother, Eve (Eva Green), who walks out on husband (Christopher Meloni) and daughter at the film’s opening. The setup is summed up in eloquently economical prose by the protagonist. “Just when I was becoming nothing but my body, she stepped out of hers and left it behind.” 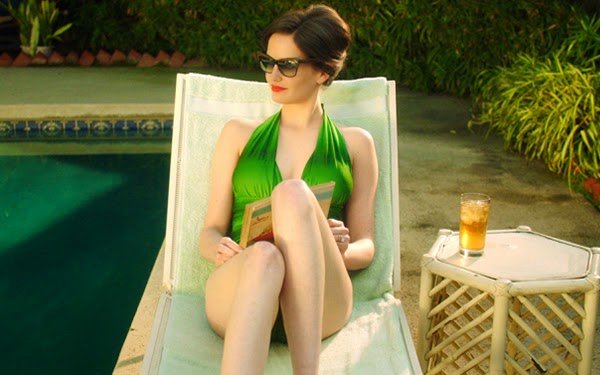 Eve’s sudden physical departure is preceded by a more gradual emotional dislocation which is peppered throughout a narrative that shifts back and forth in time. The flashbacks occur in vivid colours and a daydream’s soft focus – as if presenting old infomercials of practically perfect 50s homemaking – which serves to emphasise the gritted teeth and grudgingly impotent sex. Eve stalks the house wearing a sullen scowl, the afternoons drowned in booze to dull the pain of her passionless marriage, stinging all the more at Kat’s blossoming recalling her own long-dormant carnality. It’s an enjoyably arch turn from Green, but one that seems to occupy a different stratosphere to her co-stars who play things with a decided naturalism. This may be due to the filter through which we are seeing Eve.

The perspective is that of the daughter left behind – but there is no real contrast to support this potentially intriguing duality. Instead Green’s turn just jars a little opposite her co-stars. Woodley, for her part, is impressive in the lead role, bringing an astute complexity to a typically awkward sexual awakening. She casually flits between a teenage boyfriend (Shiloh Fernandez) and a rugged cop (Thomas Jane) looking for ways to both avoid her feelings, and acting like she has none. However, her sleep is plagued by dreams of a snowstorm in which she searches for her mother, their meaning left tantalisingly unclear. Her therapist tells her that sometimes dreams are just that – it seems highly unlikely.

Eve’s slow deterioration is borne of the emptiness revealed behind domestic bliss and that is echoed in the way that Sandra Valde-Hansen manages to make a duplex appear cavernous. Characters seem so distant, placed in far corners of the frame – emphasising the few occasions in which proximity is key. Said remove is also the case for the audience’s concern regarding the explanation of the disappearance and when that plot strand rears its head again towards the end of the film, it lacks the quality of resolution that it should have. Araki does manage to give Kasischke’s ending a subversive little twist, but the scenario has spawned numerous complex questions and while they may be given traction throughout, the rushed and forced conclusion leaves one simultaneously nonchalant and conflicted, much like Kat.