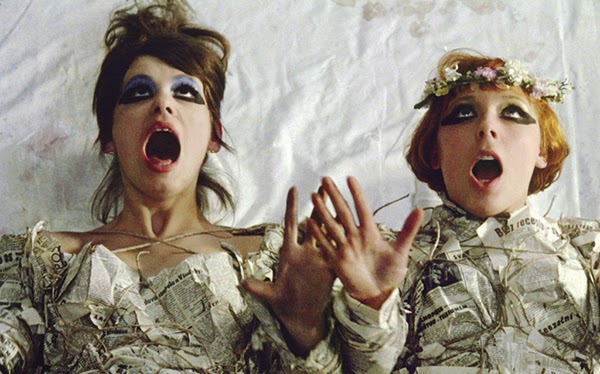 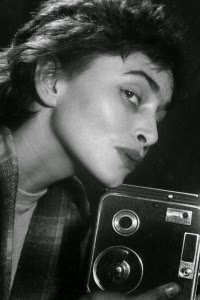 “Form seemed to have gone rigid.” Few sentences or sentiments could better encapsulate the climate in which Věra Chytilová, Queen of the Czech New Wave, forged her boundary-pushing directorial career – or the spunky attitude with which she approached her craft. Perhaps most fittingly, they are her own words. Even before her cinematic education, she famously derided the lack of innovation from the Czechoslovak filmmaking elite and went on to provoke and break rules with gusto. The above comment is one made whilst speaking in Jasmina Bralic’s warm portrait, The Journey (2004), which screens as part of a much-needed – and timely, given the director’s passing in 2014 – retrospective of Chytilová’s work currently running at the BFI Southbank, London until 17 March.

Chytilová also recalls that she “wanted absolute freedom, even if it was a mistake.” Her professional maturation seemed to come at the ideal time for such an outlook; enrolment at film school brought her together with like-minded artists and the Czech New Wave was born in the lead-up to the Prague spring of 1968. When the reforms – and movement – were halted by Soviet invasion, Chytilová was banned from filmmaking for almost a decade, but by that point her brazen formal rebellion had already produced two masterpieces of daring and experimental cinema. Even in her graduation film, Ceiling (1962) – released in combination with another short, A Bagful of Fleas (1962) – the stall was set for the mischievous subversion that would characterise her work right through until her final feature, Pleasant Moments (2006).

A glimpse into the bored life of a young model – for which Chytilová drew on her own experiences prior to her film career – Ceiling lambasts the superficiality of the those in the profession whilst railing against the objectification and male-dominion inherent in the industry. Czech society at large was open to equally pointed critique and scalding reproaches to patriarchy are front and centre of Chytilová’s vital body of work. Perhaps what is most striking about Ceiling when considered with hindsight, are the stylistic hallmarks that were forming even then. From the montage construction of cinema verite footage, to the negation of narrative trajectory and the discordant juxtaposition of image and sound, there is much that is familiar even at this early stage.

Even in the less memorable A Bagful of Fleas, it is hard not to recognise in the giggling women working at a cotton mill as precursors to the gleeful anarchists of the monumental Daisies (1966). Chytilová’s second feature film, after debut Something Different (1963), Daisies is a barnstorming kaleidoscope of philosophical mayhem that tosses narrative convention out of the window and crafts a polychromic jigsaw of provocation and farce. Banned upon release, it’s rule-smashing and stimulating in exactly the right way and open to all manner of interpretation, as Chytilová herself has encouraged. From flickering montages, to colour filters, to the screen itself being cut to pieces by the two surreal protagonists, the audience must conclude meaning for themselves. Essentially Marie I and Marie II (played with wide-eyed relish by Jitka Cerhová and Ivana Karbanová) decide that the world has gone bad, so they’ll be bad too – what follows are the consequences of that decision. But are they even real people? Are they components of the same warped psyche? What is to be gleaned from their swinging from the rafters and wanton destruction? It makes for electrifying and thought-provoking viewing, not least thanks to Ester Krumbachová’s script, Miroslav Hájek’s edit and the visuals of Chytilová’s husband, Jaroslav Kucera.

Daisies is an embrace of a female perspective – even if its female characters are unsympathetic – and this is a huge facet of Chytilová’s importance, according to European cinema expert, Peter Hames. “Her films were unique then (and now) for their presentation of a woman’s viewpoint and portrayal of a woman’s experience,” he said when we spoke to him recently. “Her 1963 film Something Different opened the first women’s international film festival in New York in 1972. Films such as Daisies and Fruit of Paradise (1970), alongside their striking originality in terms of form, and subversive humour, have acquired legendary status over the years and have come to be seen as crucial in the development of women’s cinema.” Fruit of Paradise was the last film Chytilová before her lengthy ban, and it is another stunner. 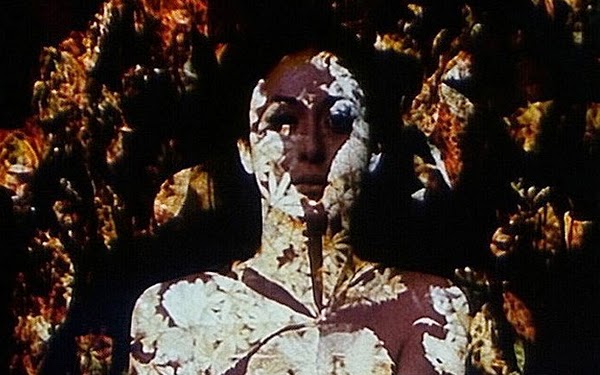 Nominally an ambiguous retelling of Adam and Eve’s fall from grace, it defies easy description or interpretation but is incredibly compelling. Although for much of the runtime, it lacks the whizzbang aesthetic virtuosity of Daisies, it also seems to be far more organic than the rigorous construction of the former. That said, it also contains possibly the most captivating and visually entrancing opening in cinema history. A palimpsest of imagery fills the screen comprising stills of foliage and shrubbery in a swathe of colours underlying a solarised pre-lapsarian Adam and Eve. Texture and form beautifully evoke paradise as the couple fatefully approach their fall. It is absolutely exquisite and the BFI have recognised this in a small accompanying exhibition at their home on the Southbank in London.

The exhibition displays several of the original photographs used in the sequence’s composition as well as a short showreel of test footage. Daisies and Fruit of Paradise are the two films which most strongly define Chytilová’s career and secure her legacy and prominence in the Czech New Wave. After her ban, the lifting of which she had to petition for, she continued to subvert convention, but more subtle and less overly experimental ways. The Apple Game (1977) once again challenges patriarchy but within the context of a farcical, and hugely enjoyable, twist on a romantic comedy that centres on a promiscuous doctor and the midwife that is in love with him. Contorting genre into an absurdist comedy through which to explore important themes is also the approach adopted years later in Traps (1998) which plays this week and is also newly available in the UK from Second Run DVD. Here Chytilová uses a bawdy sex comedy in a plot revolving around rape and castration – it is at once scathing and increasingly hilarious and once again broaches feminist themes whilst asking questions rather than offering answers.

Indeed, the feminist label is something that Chytilová has always been uncomfortable with, as is explained by Carmen Gray in her essay that accompanies the Traps DVD release: “In a climate as hostile to feminism as [hers was] and with professional comrades few or far away, it seems Chytilová resisted defining her work through labels…she sought to be free of all potentially reductive slogans and associations, and left the truths within her films to speak for themselves.” Of course, in order for those truths to speak at all, her films must be seen. One hopes that with the exposure of this BFI season and Second Run’s efforts on DVD, this singular, innovative and enormously kinetic filmmaker can find the audience her staggering oeuvre deserves.

The BFI’s Věra Chytilová season runs until 17 March. For more info visit the BFI website. Daisies and Traps are currently available from Second Run DVD, who will also be releasing Fruit of Paradise and Something Different in the near future.