As a film that has been met with almost unanimous critical praise, I am still wondering whether it was in fact Eugene Green’s A Portuguese Nun (2009) that I painfully and, eventually, begrudgingly endured. For this is without question one of the most tedious, long-winded and utterly pretentious films I have put myself through in a very long time.

It focuses on Julie (Leonor Baldaque) a French actress who goes to Portugal to act in a film, in which she will play a nun. Throughout her stay she meets an array of different characters, yet as these encounters come and go, she remains fascinated by a nun whom she regularly sees praying. After eventually meeting the nun she is finally filled with a sense of purpose and meaning in her life.

What, in essence, could make for an interesting piece of character exploration, somehow fails to connect or engage with the viewer in any way whatsoever, descending into a well of unexpurgated monotony. This is mostly due to Green’s agonisingly slow and drawn-out approach to the film. In each and every aspect it is sluggish and lacking in spark or momentum. 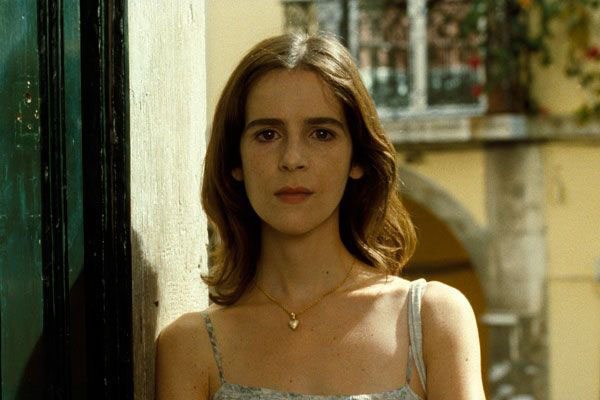 Take, for instance, Green’s camera work. Moving at a snail’s pace, the camera tends to dwell for protracted periods of time on the various landscapes in which Julie inhabits. This persistent technique, whilst intended to represent the protagonist’s state of mind and draw the audience further into her world, ultimately produces an effect of slow motion, as though one is being dragged through both the scenery and proceedings.

This technique continues with the scenes of conversation between Julie and the various characters she comes into contact with during her stay. Almost every conversation or moment of interaction is conducted via a series of cuts between still shots of each characters face, very often lingering on Julie’s for so long that every time the camera focuses on her an even further sense of impending boredom is induced.

Camera work aside, it is the air of crass pretension that equally bothered me while watching A Portuguese Nun. The sense of smugness that emanates through the screen is almost palpable. At times I felt as though my patience was being deliberately tested, and that the desire to simply stop watching was a result of my inability to stay engaged with Green’s minimalism rather than at his ineptitude at effective storytelling.

On reflection, I wonder if it is this fear of being regarded as stupid or incapable to engage with such faux art-house nonsense that has led to A Portuguese Nun being so highly regarded by so many critics. I have tried and failed to find any genuine positives or redeeming features and my endeavours have bee completely without success.