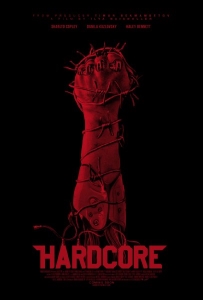 If there’s something that can be said of Russian director Ilya Naishuller’s Midnight Madness violence-fest Hardcore (2015) it’s that you’re unlikely to see anything else like it, which deserves to be celebrated in and of itself. On the downside, its central gimmick does wear thin – and begin to grate on the eyes – by the end of what is in reality a sprightly runtime. Run being the operative word as it hurtles at 100 miles per hour from its opening action beat to its (literally) adrenaline-fuelled finale, leaving myriad bullet-holes and severed limbs along the way. The title sequence gives a fair impression of what’s to come with a pounding soundtrack to slow-motion close-ups of knives penetrating throats and guns smoking. 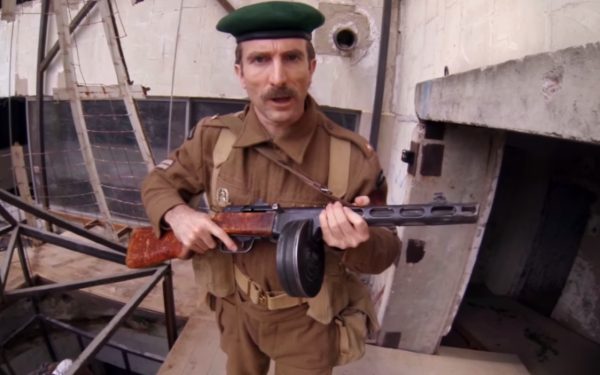 Remarkably, the violence is not the unique selling point of Hardcore: its delivery is. This is non-stop thrill-ride cinema in the first person, with the audience watching from behind the retinas of a newly upgraded cybernetic hitman, Henry. It’s like watching someone else play a video game as Henry awakens in a lab, with a sexy blonde doctor explaining the premise to him and informing him of his trademark memory loss and lack of vocal chords. Naishuller approaches this is a very knowing way, repeatedly calling upon the conventions of the gaming world to supply clever gags and the next plot point. Henry barrels through familiar scenarios with the aid of the immortal Jimmy (Sharlto Copley).

The plot is largely incidental, with Henry marauding around Moscow trying to rescue his girlfriend, Estelle (Haley Bennett) from the clutches of albino supervillain Akan (Danila Kozlovsky). At various points his skill level seems to increase and he becomes all the more adept at bloodily dispatching Akan’s faceless goons, but it never really coalesces into a real narrative. There’s an attempt to insert some emotional resonance through Henry’s relationships past and present but they’re arguably a distraction from the real purpose and, like many a computer game, after all the build-up the big boss battle turns out to be a big flop. With ninety minutes on the clock, the relentless running and jumping and getting back up after being knocked down have become something of a chore. The visuals are undeniably impressive at times, as Henry parkours around the city or during a particularly tense shoot-out, but they also struggle with inevitable motion sickness of the frenetic handheld camerawork. Unlike a computer game, Henry can’t strafe with a gliding elegance, instead undermining what appears to be incredibly choreographed sequences. Whilst Hardcore’s cheap and cheerful POV concept may draw some punters in, it may also drive just as many away.