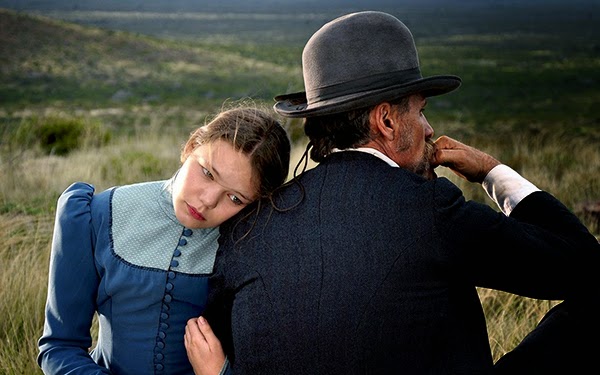 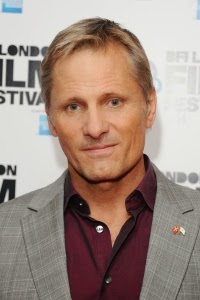 “I’ve been doing this for a year,” Viggo Mortensen chuckles when we ask him if he’s been talking to journalists all day. It’s an honest and easy response that typifies the candour and natural charm that the New York-born, Danish-American actor exudes whenever he’s speaking about his films with the press or anyone else. In this case, CineVue is afforded the chance to have a chat with him about his latest movie, Jauja (2014) which arrives in UK cinemas on Friday 10 April courtesy of Soda Pictures. His year-long trail actually seems a good place to start, with director Lisandro Alonso only recently singing his praises for the monumental effort the actor has put into getting this strange and funny South American-western out there into the world.

Does he tend to gravitate towards smaller films that he can see the opportunity to help via his reputation? “I don’t think too much about what the budget of the movie is, the nationality, or the genre. I’m just trying to be in stories that I think are interesting – that I’d go see. As it’s turned out, it’s been projects like this one. It’s a long painstaking process to get a little movie to your attention and really, if you’re going to do it properly, you can’t prepare, shoot and promote a movie like this and simultaneously be shooting a big production. So that’s just the way it’s worked out, it hasn’t been because I didn’t want to work on a bigger budget movie, or a more conventional story.” His commitment to the process is clear to see with Jauja the second film on which he has served as producer coming between Ana Piterbarg’s Everybody Has a Plan (2012) and David Oelhoffen’s upcoming Far From Men (2014). “The reason in particular with Lisandro, but for all of these stories, is to do what I’ve always tried to do, and that’s contribute in any way I can, once I’m committed to something, to helping the director get his or her vision on the screen. As a producer, you have more of an established – a legal – right to meddle,” at which point he breaks out into a mischievous chuckle.

“What that’s about really is protecting the movie, which I feel is a collective thing in terms of ownership – it’s the director’s overall vision and he signs it and finishes the painting, so to speak, but we’re all part of it and it’s just one more way to have a project that you like be true to the original intent right to the end. As an actor I can give my opinion, but I don’t have a legal right to enforce that he can shoot it the way he wants, where he wants, or that the poster he likes is the one that should be used, or that the subtitles are correct and so forth.” The notion of helping any way he can also seems to be evident in Mortensen additional credit for the film’s music. “I would never imagine that I’d have music in a movie, or music I’d composed, it was unusual and it was a chance thing.” He breaks into another grin.

“They had something called the Fenix Iberoamerican Film Awards, which this year took place in Mexico, and it’s any movies that were made in Latin America, or Spain, or Portugal, or Brazil. So Portuguese and Spanish – so it’s a huge field. We went to the ceremony in Mexico City because we were amazed that we were even included, and we tied for the most nominations: I mean, directing, best movie… and music!” With an innate humility, he leaves out the fact that he won the Best Actor gong at the same awards ceremony and instead concentrates on the nomination for himself and old friend and guitarist, Buckethead, for their score – which only features in two scenes of the film. Ultimately they were pipped to the post by Joan Valent’s score for Witching and Bitching (2013) – “they weren’t that crazy [enough to let us win]. They were crazy enough to nominate us for two songs.” Of course his most visible input into aiding Alonso vision is in front of the camera, as Dinesen, a Danish engineer intending to help civilise Patagonia, and instead stumbling around in the wild searching for his errant daughter. “I thought it would be funnier, and also dramatically more interesting, if there’s this contrast with how the character sees himself.” 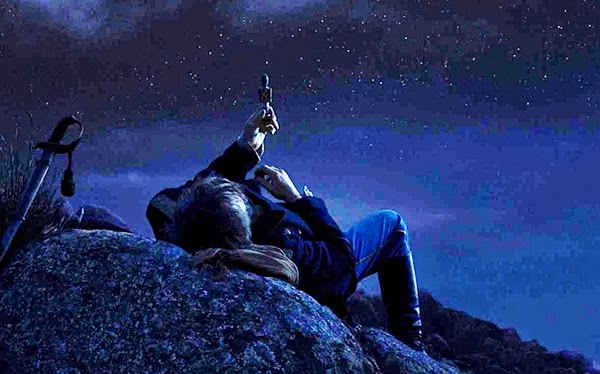 “I don’t think he thinks he’s absurd, any more than Don Quixote thought that he was an absurd character either, but his approach, or his way of dressing for the day’s ride in Don Quixote is ridiculous. There’s this contrast between what the landscape asks of you – or what would be practical, or what the situation demands of you – and this culturally prefabricated approach; his worldview. He’s Northern European and this is the way he does things; and this has always worked for him in the past; and he’s going to find a logical explanation for all these things that are happening that he doesn’t understand. Which he doesn’t, but he tries, y’know, and that’s what makes it funny, I think.” Amongst any allegorical readings, it is hard not to be won over by the surreal humour of the piece.

Mortensen’s Dinesen tries to navigate the inhospitable landscape which seems to always get the better of him. “There is one point where I’m climbing the hill and I slide back and fall down, very unglamorously and stand up again. Fortunately I had the presence of mind to curse in Danish, and said “this shit country” – or something like that. But with those boots, with the leather soles, and spurs, it was ludicrous to be trying to walk on some of those surfaces.” Alonso was not a director that had worked with professional actors before, making Dinesen something of a novelty amongst his collection of wandering protagonists. “Working with Lisandro was being a little bit more – maybe, in some senses – without a safety net in that he’d never directed actors and he wasn’t in a hurry to say “cut”, y’know. So you had to continue as long as the camera is rolling – which you should anyway – to behave as the character whether you fall down or whether you have to keep walking or doing something. For him, it takes the time it takes in his mind, he’s not following any conventions in that regards so as an actor you have to just do your job.”

“I approached it the way I usually do which is researching where is this person from, what part of Denmark is he from, what was his military experience, y’know. In that regard I found that uniform, that service medal – which denotes that he was in both the war of 1848 and 1864 against the Prussians – and that little ditty that I sung on horseback was from the war of 1848. It’s a very well-known traditional song from Denmark.” The song is fittingly about a girl wishing to accompany a soldier as he travels overseas, “[The lyrics are] perfect. It’s perfect, strangely so, yeah.” It seems like enigmatic confluence that fits perfectly with Jauja‘s own oneiric and singular style and tone. Mortensen could see the potential. “I thought this was a great premise, y’know, for an adventure story, like a classic western story.” He smiles again and rubs his chin, “but, knowing what [Alonso’s] movies are like, I thought that’s going to be a really interesting combination. His way of dealing with landscape, his sense of time and rhythm, and the fact that he was going to use Timo Salminen – who’s known for his work with Aki Kaurismäki. All of those seemed like ingredients for a movie that I’d want to go and see.” He wasn’t wrong.

Jauja is released in UK cinemas on 10 April, courtesy of Soda Pictures. You can read our review here.