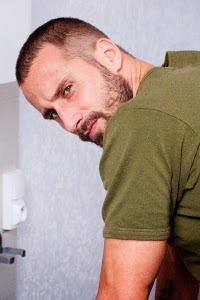 Screening in the Un Certain Regard sidebar at Cannes, Parisian director Alice Winocour’s Maryland (aka Disorder, 2015) is a neat little thriller which unfortunately never achieves plausibility. Belgian actor Matthias Schoenaerts – most widely seen in Rust and Bone (2012) and The Drop (2014) – plays Vincent, a soldier with some medical problems who is awaiting a new mission, but almost sure that he is going to be turned down. He has hearing problems, nightmares, anger issues and occasionally bleeds for no reason, so he’s probably not fit for active duty. A friend helps him out with a job providing security for the party of an industrialist in his luxury villa, the titular Maryland. 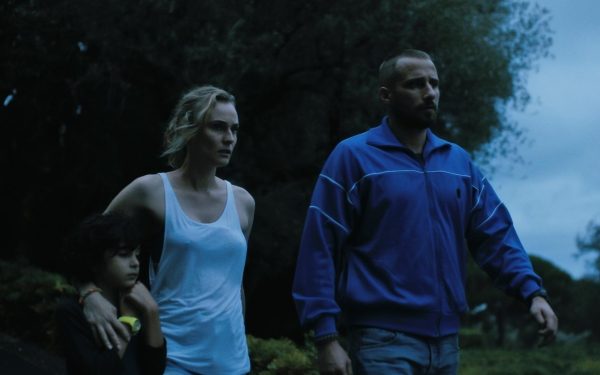 Here, politicians and their wives mingle with shady characters. Vincent wanders the party listening in on gossip, nurturing an instant dislike to one of the guests and an immediate like of his boss’ wife Jessie (played by German actress Diane Kruger in a French-speaking role). Here is the first of what will be many implausible plot points. Vincent is so obviously not right that no security firm would give him a gun and let him wander the grounds at will, especially when he stops answering his radio, bursts in on a private meeting and kicks the car of a guest who gives him the finger. But rather than being shown the door, Vincent is hired to protect Jessie and her son Ali while her husband is away on business.

As Vincent seems increasingly unstable – he also seems to be addicted to prescription medicine – the question becomes: is he paranoid, or is there really a plot against the family? The issue is resolved relatively early, but unfortunately the resolution just makes everything that comes even harder to believe. Nothing makes sense, from the behaviour of the police, to the actions of any of the other characters, but weirdly the film remains immensely watchable mainly because the magnetism of the two leads and particularly Schoenaerts’ gleaming intensity. His performance deserved a better film, and Kruger’s deserved a better written character, or even a character. Winocour is heavy-handed in ladling a discordant electronic score on top of a performance that could do it on its own if left to breathe. The paranoia is tensely handled and there are some genuinely good sequences, but there is a slightness to the plot. There is pot-pourri of cliché here, from the arm dealer and the kept wife, to the wounded veteran, to the family in danger: think 1992’s The Bodyguard meets something equally uninspiring. Maryland doesn’t so much end as give up. Almost all questions remain unanswered, and the open-endedness spoke more to the director not being bothered rather than wanting to suggest ambiguity.