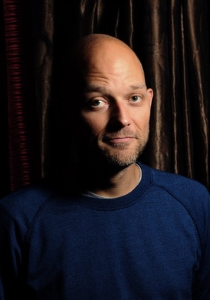 “You sound metallic, like I’m talking to a robot,” states director Eskil Vogt, referring to the poor reception on the line to Oslo. He’s enthusiastic to press on, an admirable attitude considering the UK release of his new film Blind (2014) comes over a year since its premiere at Sundance, where he won an award for his screenplay. Since then it has appeared in festivals all over the world, picking up accolades and praise in equal measure along the way for this intimate drama following Ingrid (Ellen Dorrit Petersen), a woman coping with losing her sight, who gradually allows her insecurities and fantasies to manifest themselves as she isolates herself from the world outside. “It’s quite boring” Vogt says of his inspiration for the film.

“I read a book which had a blind character, and the book was quite literary- kind of an interior monologue- and I couldn’t immediately see how this would be suited to cinema, but something in there just intrigued me. Then suddenly I felt I knew what it was about. What I was confused about was the distinction between someone who was born blind, and someone who becomes blind later in life. Someone who’s born blind, I can’t access that world, I can’t tell that story in cinema because it’s a different way of experiencing the world than the way [sighted people] do. You can say ‘they live in darkness’, but they can’t understand the concept of light and darkness in their world. Someone who has been able to see and then lose their sight, that’s someone who still has a visual imagination. Suddenly it was someone living in darkness with thoughts flickering like images, like being in a movie theatre. Suddenly blindness sounded a very cinematic subjects.” 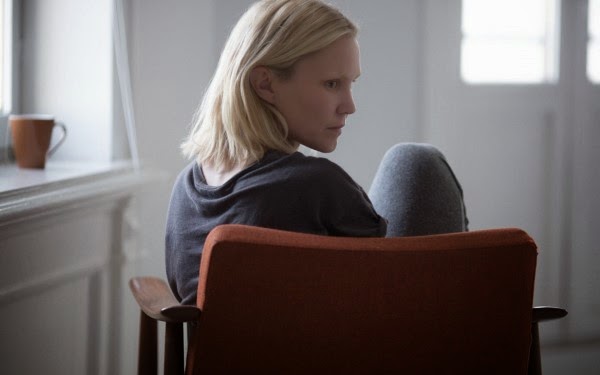 Rather than be tragic story, Vogt was determined to blend comedic moments in with the drama, delving into Ingrid’s sense of mischief and her sexuality as well as the insecurities and fears of her new condition. “I think it has been surprising to some people how the film is very optimistic, very playful,” he says. “Thinking about blindness, about people who lose their sight, it doesn’t take long before the human crisis, the existential drama comes creeping into it and that has to be part of it as well, but I kept fighting for that first impulse of playfulness.” Indeed, not much of Blind conforms to narrative or cinematic conventions. The film’s creator’s intention is to challenge preconceptions of cinema itself.

“I feel such a frustration,” he admits. “I love films, I see a lot of them, and they’re so formatted. 90% of films follow a form – or shape – of storytelling, that you see in other films. So even if you don’t know the specifics you know what kind of turns the story will take, it makes it so predictable.” Going outside these forms was still a risk, even to himself. “In a way it was a leap of faith,” he explains. “When you’re writing something people tend to attack anything that goes outside those conventional ways of storytelling, and I really felt on this film that I need to be free from that. What I said was that I just have to believe that if it feels right to me to have a serious, almost philosophical scene followed by an almost slapstick scene, then it will feel like that also for the spectator.” The film is Vogt’s feature directing debut, having directed several well-received short films and gained international attention as screenwriter on collaborator Joachim Trier’s films Reprise (2006) and Oslo, August 31st (2011). If this audacious debut was a risk, it certainly paid off, and the man who created this story of outsiders is somewhat overwhelmed by the reaction to the film. “It always surprises me!” he says, laughing.

“You sit in your living room on your own, a bit like a character in the film, you imagine something, and you might even laugh out loud at a silly idea, then a year and a half, two years later there are people in the movie theatre laughing; it’s a miracle. I’m so happy to be working and doing that.” More ‘miracles’ look to be in the filmmaker’s future, both in writing and directing. He continues to work on Trier’s films, with their collaboration Louder Than Bombs (2015) starring Jesse Eisenberg and Gabriel Byrne due for release later this year. His next directorial venture is also in development. “I’m writing a film that I’d like to direct, but it’s early stages to I can’t really talk that much about it,” he says mysteriously, but one thing that did surprise him whilst making Blind was his predilection towards suspense, drawing inspiration from a master. “I had such fun shooting scenes that had a little bit more suspense, I deal in kind of Hitchcock suspense where the slower it is, the more silent it is, the more suspenseful it is,” he explains. “It’s kind of a lost art in cinema today- people are making films with the shaky camera and loud sounds to make things suspenseful. So I might be delving into that territory. But knowing myself it won’t be a straightforward thriller, it will be some sort of weird mix!”