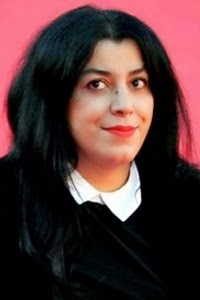 “Earl Grey is my favourite tea,” says Marjane Satrapi as she stuffs a handful of teabags into a large Thermos sat on the table before her. We’re sat in a London hotel room to chat about her new film, the Ryan Reynolds-starring black serial killer comedy The Voices (2014), but British audiences are likely to have heard little from her since co-directing the adaptation of her own comic book, Persepolis, back in 2007. Her subsequent films, Chicken with Plums and The Gang of Jotas, haven’t received releases in the UK – “what happened? Explain to me!” She’s just snuck a crafty cigarette out of the open window and with her tea she’s able to get comfortable. This is arguably the first time she’s moved out of her comfort zone cinematically, adapting someone else’s script.

“When I write my own stories it’s a very comfortable place for me. I know each corner, I know each detail. But the problem is that it’s my own world, so it’s limited by my own person. I will never sit at my desk and think ‘today I’m going to write about a serial killer who talks to his pets and eventually kills women’ – never. But when this project comes to me, another world is added to my world.” That world is one born of a script from the famous Blacklist, but Satrapi explains that the lack of any idea how to sell The Voices was the reason for it remaining in development hell. “To which kind of public do you show that in order to get your money back? So the script is great, but nobody wants to put their money in.” “It was supposed to be made for three or four times the budget that I made it for. But I think in America they spend money on everything – when you come from Europe you’re used to it. So I made it. They sent it to me and I went to visit them and basically talked about what we can do and then they chose me. Why? I’m scared to ask.” 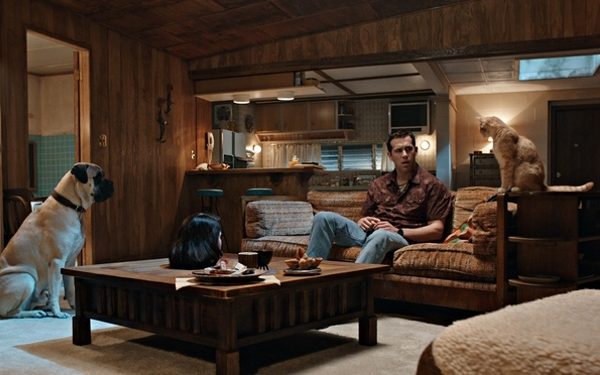 The story follows the unexpectedly comedic tale of a man named Jerry, played by Reynolds, who lives alone with his talking cat and dog. Those psychological problems ultimately veer him into murderous territory, but he’s a fascinating character. “It was me developing him but it’s lots of Ryan Reynolds developing him. Ryan had a very clear idea of who Jerry was that corresponded to the idea that I had, but my idea wasn’t as clear as his.” “Jerry was swearing a lot in the script and Ryan told me ‘Jerry doesn’t swear, he’s a young boy stuck in the body of the thirty-year-old man.’ And his cat swears so much that we don’t need him to swear too. So in order to keep his innocence, yeah, he’s right. Jerry is an eleven-year-old in the body of someone who is in his thirties, but he is an innocent child, he tries to do his best.”

Trying to retain a sense of Jerry as a likeable protagonist despite his serial killer tendencies was the primary challenge both on the page and on the screen. “You can say it, but how can you show it? Jerry has to do all these things to do that. For example, in the script Jerry would go and push the car of the [victim] and make it disappear. But if Jerry does that, that means that he’s calculating. – Jerry doesn’t calculate.” Indeed, the film plays a neat trick by twisting its archetype and making Jerry as much the victim of his affliction as those that he kills. “Yes! Exactly, he is the victim! I mean, all the girls are victims too, but he has a miserable fucking life. From his childhood he has this mother that is crazy and we know that mental sickness is genetic and goes from one generation to the other. We know that he tries to be an outstanding member of the community – not even of society, just his little small community. And then an accident happens and it’s the effect of the snowball, everything goes to hell. He has a very sad life.” 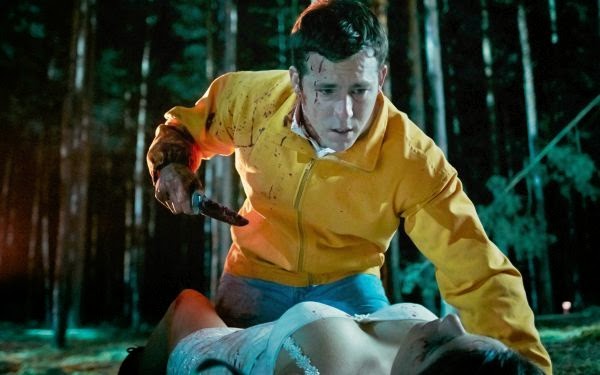 A resurgent Reynolds does a fantastic job of evoking that sadness in Jerry’s ever oddball mannerism. A perpetually furrowed brow belies his cheerful outward persona – combined they make for a highly likeable lead. “That was my biggest challenge. I was like ‘I have sympathy and empathy for this guy, now I have to transmit that to others.'” “It’s Ryan’s performance but it’s also something I really thought about. If a man only kills women, he’s a sexual pervert. So if in the film, even for a fraction of a second, you think that he’s a sexual pervert, then it’s over. Bye, bye empathy. So my plan, my obsession, from the beginning was that Jerry does not have any sexual impulse. All the sexuality comes from the women. But Ryan was an absolute genius; he made him so cute and irresistible. I thought ‘Awww, Jerry’.”

The Voices takes place largely in what Satrapi refers to as “the fantastic world of Jerry”. “If you want to create empathy, you have to be with the main character all the time so it should be that the moment he sees the house the way it really is you have to be with him saying ‘No, no, Jerry, let’s not take this medicine, let’s go back in the nice apartment; I can’t stand any more of this dog and cat shit everywhere’.” And when the subject of working with the animals is raised? “Oh fucking hell. This dog was extremely sensitive so every time we caressed him…he had the erection from hell. And you’ve seen the size of the dog so you can imagine the size of the erection. So I said ‘Please, please don’t caress him’ – he takes it too personally.” The cat, on the other hand, found the shoot too stressful and got his own schedule with Second Unit Director Stéphane Roche in the middle of the night. “He would come in the night and say “here kitty” and maybe the cat would stay ten seconds in the position that we wanted. But it’s not easy – and I didn’t want to make the 3D cats because they really look ugly, I had these French guys who had what you call dynamic fur, and they did really well to make them talk.”

The cat in particular provides a rich vein of jet black comedy to proceedings and the humour was something that Satrapi found to be extremely important. “That’s why I love so much Ken Loach because he can make this social film but in Looking for Eric or The Angels’ Share he’s extremely funny at the same time. Humour is the height of the understanding. If you don’t laugh, then you’re not filming real life because in real life, no matter how miserable you are, something makes you laugh, and I need that. It gets you out of the gore because things becomes funny – and it’s just a question of finding these balances. But it’s no science, it’s a question of how you feel it. I know by my work; every time I get bored, people get bored. Every time I laugh, people laugh. Every time I’m scared, people are scared. It works this way and you really have to rely on your own feeling and I don’t excuse stuff to myself. I know when something is bad. With this, the more Ryan played, the more I was in love with Jerry.”

Marjane Satrapi’s The Voices is released on DVD and Blu-ray, courtesy of Arrow. You can read our review here.