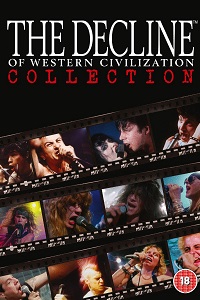 “I’ve been through one too many youth movements” quips one fanzine writer in part one of this seminal documentary trilogy, but the sentiment could well have come from director Penelope Spheeris herself. Bruised from the Hollywood system having tasted mainstream success with Wayne’s World (1992), Spheeris’ most notable work was kept from DVD release until now. The extras packed into this release add value for the completist fan, but the films themselves remain the centrepiece, and are as startling even decades on from their release. The Decline of Western Civilisation (1981) presents the late 70s punk scene through the testimony and performances of its biggest acts.

The first of three Los Angeles-based stories, it showcases Black Flag, X, Germs and more celebrating their poverty, living in the cupboards of abandoned churches or derelict houses. Shown in the manner of a political manifesto, Spheeris tries to isolate why this movement is so important to so many, with the most telling answers being the shrugs of the teens she interviews, tacitly stating the movement as a reaction of the disillusioned generation of the other side of ‘The American Dream’. The film is a fascinating time capsule, with the crackles and scratches of the celluloid transfer only adding to the sense of capturing history. Spheeris’ subjects are shown to be unaffected by desire for fame or fortune, many just want to get their next gig. 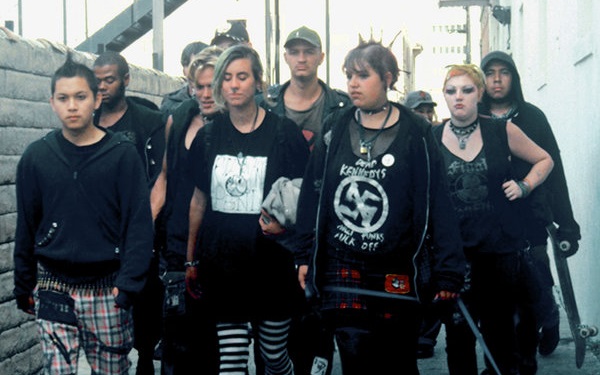 The lack of conclusion perfectly reflects the chaos of the scene, encapsulated in intense concert footage as raw as the music. Amid the shocks (Fear’s lead singer hurling homophobic slurs at his own crowd), the importance of the film becomes clear, documenting a moment in time that may otherwise have disappeared into music folklore. …Part II: The Metal Years (1988) is a vastly different film, but no less captivating, as Spheeris takes a much more critical view of the metal explosion of the late 80s. In stark contrast, here success is everything- sex and money are the gods that are worshipped, creating an often unflattering piece that many have claimed attributed to the decline of the metal scene shortly after. Gigging newcomers talk about investing in stocks, while veterans such as Alice Cooper and Ozzy Osbourne bemoan lost revenue and imitators. The most revealing aspect of the film is just how much of a business the scene was, with even the most idealistic debutant as hungry for fame as any reality TV contestant.

The best insight comes from those who have made it to the top of the mountain. Most are affable – Lemmy cuts a surprisingly cheery figure as he’s interviewed overlooking Los Angeles, while Aerosmith appear relieved just to be alive after their 70s heyday. Gene Simmons and Paul Stanley of KISS proudly parade half naked women as they are interviewed (Stanley is filmed on a bed with three models), underpinning the rampant misogyny of the era evident in every scene. The infamous Chris Holmes interview, where the W.A.S.P. guitarist drunkenly boasts of his exploits and alcoholism in front of his mother, is still a quietly shocking moment, picturing a man trapped by his own success. More cynical than Part I, The Metal Years pulls the curtain back on a seemingly glamorous world, exposing the underbelly that is, in its own way, as brutal as its predecessor. The concluding …Part III (1998) finds the filmmaker in her forties, post Hollywood success, and examining the life of ‘Gutter Punks’, a group of homeless young people roaming the streets of LA surviving by means that are both innovative and desperate, completely rejecting mainstream society.

With less bravado than the films before it, the mood is more one of alarm and foreboding. The bands are more politically charged, and quickly the film shifts from culture to the conditions the film’s subjects live in. Spheeris, for the first time in a different generation to those she is interviewing, builds a rapport with the ‘Gutter Punks’ and, like a concerned parent, unearths the damage that brought them to where they are. Whereas the previous films revelled in danger and controversy, this story is one of sadness, putting the spotlight on those being gradually pushed out by a world hurtling towards the turn of the century. From rage, to excess, to tragedy, each film is a captivating bookmark of pop culture. Spheeris’ knack for gradually integrating a serious message with lighter moments creates three rounded, contemplative works that stay with the viewer long after even a repeat viewing. While many may remember her for her studio hits, this collected boxset rightly captures a filmmaker at her very best.