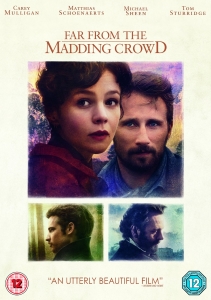 Thomas Hardy gets a hearty update in the newest adaptation of Far from the Madding Crowd (2015). A faithful adaptation of Hardy’s most notable work, this is a film built on realism, bringing the farmlands and estates of Dorset to life in the richest of Victorian palettes. Director Thomas Vinterberg, fresh from the success of quiet Danish thriller The Hunt (2012), and screenwriter David Nicholls have created a period drama centred, appropriately, on a cast of endearing but fallible characters that bring freshness to a classic story. Bathsheba Everdene (Carey Mulligan) has grown up on her own. Despite being in the care of relatives, she has formed her own opinions of the world, choosing independence over tradition. 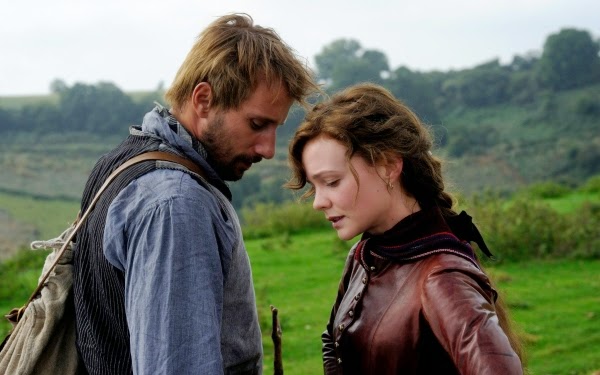 After refusing to marry shepherd Gabriel Oak (Matthias Schoenaerts) and inheriting her uncle’s renowned farm, Bathsheba finds herself the mistress of a bustling estate – a rare position for a woman of her time. As she rebuilds the farm to its former glory, she gets entangled in impetuous flirtations with her neighbour, the jilted but sensitive William Boldwood (Michael Sheen), and the louche sergeant Frank Troy (Tom Sturridge). Through the dramas of country life, Bathsheba must find a way to navigate the matters of her heart as deftly as possible – on her own terms. This time around, Bathsheba is cut out to be more independent, braver and more vulnerable than previous iterations. Mulligan is arguably better suited to the character than any actress before her (including the impeccable Julie Christie).

Mulligan’s mixture of pure comeliness and talent for mining the subtle flaws of character, infusing them with bold spirit, is all brought forth here. She has always had a talent for bringing to life quiet moments – which she does adroitly here, too – but it is her scenes where she must exert her raw power that makes the performance so entrancing (simply wait until the moment she sings and try not to fall in love with her). She is every bit the modern woman that Hardy intended Bathsheba to be, yet she never looks out of place. Add to this a film replete with gorgeous cinematography and there’s no stopping this adaptation. The camera captures the richness of country life so well within the confines of the frame, managing to endow scope and grandeur in one fell swoop. The film pulsates with the energies of farm life, only adding to the beauty of the lives of the characters. Indeed, the world here is so attuned to the dramas of those poor souls that people it, with storms and sunny skies at every emotional peak and valley that the story itself is too fully realised not to get swept away. Vinterberg’s Far from the Madding Crowd is a wondrous feat: it’s the definitive adaptation.