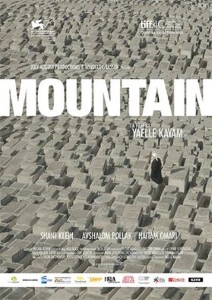 The Mount of Olives in Jerusalem makes for an endlessly striking location in Yaelle Kayam’s delicately constructed Mountain (2015). The oldest active Jewish cemetery in the world, it proved fertile soil for Kayam’s imagination as she transposed the essence of a story from the Talmud – about a rabbi who no longer desired his wife – onto its tombstone laden slopes. It’s a setting filled with great sadness and beauty, much like the film’s protagonist Tzvia (Shani Klein). Klein gives a performance of great restraint and depth but her unknowability, while lending the film its enigmatic appeal, ultimately leaves an air of dissatisfaction that is only exacerbated by its ambiguous closing scene. 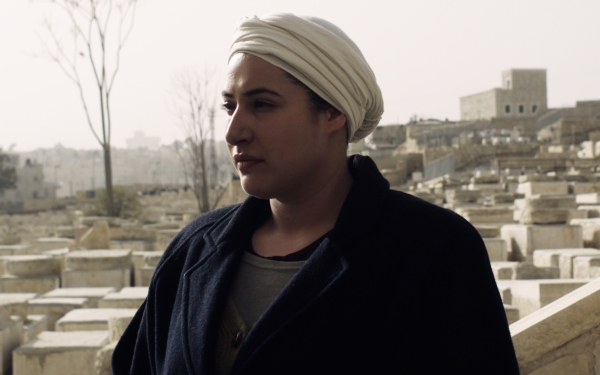 Tzvia lives at the foot of the Mount of Olives. Separated from the cemetery by a wire fence, in accordance with Jewish law, she is the patient and frustrated wife of rabbi, Reuven (Avshalom Polak) and their four children. Mountain pays heed to the rhythms and rituals of their life; a recurring shot shows Tzvia stretching into life while the call to prayer drifts through the window and her husband conducts the Shacharit. The mundanity of her life oozes from every frame, the camera often hovering behind her as she smokes a cigarette at the sink, or looking out across Jerusalem, exhaling with a deep sigh. Compounding the issue is Reuven’s general disinterest, with fatigue blamed for failings.

Kayam isn’t content to provide would could easily have been a typical run-of-the-mill family drama. Instead she upends expectations as often as possible. Dissatisfied both emotionally and physically at home, Tzvia finds solace amidst the tombstones with her nose in a battered old book. But what is assumed to be religious in nature, turns out to be the work of Israeli poet, Zelda. When the reserved and traditional Tzvia one night comes across a small community of pimps and prostitutes operating out of the cemetery, she forms a strange, silent bond with them in which they allow her to sit and observe in exchange for home-cooked food. Suddenly, the routines previously presented begin to shift and change slightly. Kayam and cinematographer Itay Moram present Tzvia’s shifting moods and mental states with subtle adjustments to the look of the picture – colder colours in the home emphasise her changing moods and handheld camerawork seems to become more evident if and when her heart rate is raised. Despite this, Tzvia remains largely inscrutable, and while Klein elicits great empathy with a woman eroded by the monotony of her life, her inner-self never sheds its mystery. This may not be a problem in and of itself, but where her actions themselves are left unknown during Mountain’s dramatic denouement, their potential impact is just as elusive.