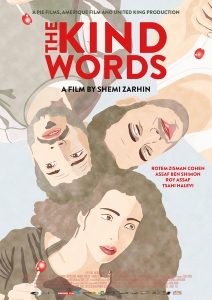 During the Q & A session which followed the international première of Shemi Zarhin’s The Kind Words (2015) on the opening night of this year’s Toronto Film Festival, the Israeli director was asked how he struck a balance between the tragic and comedic elements of a story that teeters precariously between each end of the emotional spectrum. His sadly ironic response – given that the film has been nearly a decade in the making – was that he had no precise plans; that he did not want to oblige a viewer to feel a certain way. Whilst this ambiguity allows for individual interpretation, the lack of tonal clarity unfortunately prevents his sixth feature from being the film it should, and certainly could, have been. 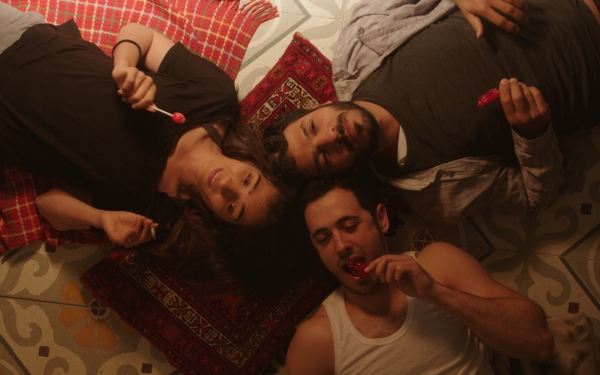 There’s no doubt that Zarhin, who also penned the script, is a gifted and creative storyteller. As with The World Is Funny (2012), his latest focuses on three siblings, complicated family dynamics and the lasting grip the past holds on the present. Daughter and middle child Dorona (Rotem Zissman-Cohen) – dealing with possible infertility, the difficulties of adoption and the concurrent adverse effects on her marriage to the long-suffering Ricki (Tsahi Halevi) – along with brothers Shai (Assaf Ben-Shimon, a bisexual father of one) and Natanel (Roy Assaf, a straight father who found God to please his other half) learn that the man who raised them could not possibly be their biological pa.

A quest to learn the identity of who sired them, at the same time coping with the recent death of their mother (Levana Finkelstien), leads the trio from Jerusalem to Paris and, finally, Marseille. Given this life-altering premise, it’s troubling that for the most part The Kind Words plays for laughs rather than a sincere inspection of the seismic change that such news would provoke when a true sense of being, both personally and culturally, is pulled out from under their feet. The darkly comic diagnosis of their mother’s surgeon and instances of humour in the face of adversity provide initial momentary giggles but we soon want to get to the meat of the matter and this takes far too long. Elder brother Natanel, whose Brooklyn-born wife is strictly orthodox, struggles to comprehend that his father was of Algerian – and Muslim – descent; Shai’s sexuality is more of a running joke to his siblings than something to be taken seriously; and Dorona is so blinded by grief, anger and inadequacy that she doesn’t recognise the love of her husband. Ricky steadies the ship, providing an unerring diplomacy and devotion throughout which counterbalances the wayward emotions of his wife and step brothers.

There are, nevertheless, a number of kind words to be said for Zarhin’s film. The closeness of Dorona, Natanel and Shai’s relationship, the comfort they provide one another, as well as their positioning onscreen – the director repeatedly framing the trio alongside one another talking, eating, sucking on lollipops, smoking – feels organic and genuine. The actors are at ease with another and the performances are strong, with Zissman-Cohen the real stand out. If Zarhin’s aim with The Kind Words was to create a light-hearted, bittersweet family melodrama he has succeeded; but had the director dared to probe a little deeper the finished article could have provided the cathartic punch in the chest that the rich material merited. Much is left unsaid between the family and the same applies to the broader issues at hand here. Like it or not difficult words, hard words, shameful words and words we don’t want to say are just as significant as the kind ones.