DVD Review: Where to Invade Next 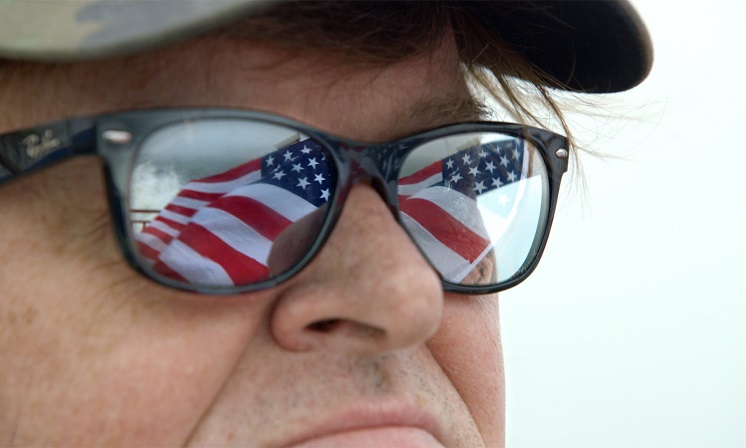 Where to Invade Next is a collage of Michael Moore’s favourite progressive ideas from across the globe. From generous state-mandated holidays in Italy to debt-free education in Slovenia, Moore picks the policies and practices he believes America should be expropriating for itself – a kind of neo-colonialism the veteran documentarist is more comfortable with than the current Middle-Eastern variety. Unfortunately, although Moore picks an interesting mix of countries and policies, he crams far too many of them into a single documentary, resulting in a hodgepodge of generalisations and cherry picking likely to annoy and at times even infuriate the intelligent viewer. Let’s start with Italy, where Where to Invade Next begins.

Moore presents us with a “working class” Italian couple – who in truth are anything but – as they tell us about their exotic holidays in Miami and Kenya from their spacious and elegantly furnished apartment. He takes company bosses wholly at their word when they speak of their joy at granting their employees long lunch breaks and extended maternity leave, at the same time as he interviews a union veteran who describes the struggle workers experienced to get those selfsame rights. In France, Moore gasps affectedly at the healthy gourmet food children at a public school receive, but provides no evidence whatsoever that the school is the rule rather than the exception. And in Portugal, while Moore at first simply draws attention to liberal laws that have eliminated drug-related imprisonment, he then launches into tin-foil territory when he accuses the United States of imprisoning its black population to foil the civil rights movement and provide low-cost labour to large corporations. These moments of preachiness, paranoia and pathos are Where to Invade Next at its most trying.

To take another example, a light-hearted exposition of the average German’s comfortable work-life balance clumsily shifts into a superficial investigation of Germany’s approach to its Nazi past, which Moore cannot resist using to lecture about America’s own historical atrocities. In comparison with the comically ironic tone of the rest of the film, these moments of earnestness feel sorely out of place. It would take an entire documentary to do justice to the differences between the American and German attitudes to historical guilt, or between the American and Scandinavian approaches to incarceration, not five minutes. The sad truth is that many of the ideas presented in Where to Invade Next really would improve America. But the wishy-washy execution means it is unlikely to win over anyone who doesn’t already agree.