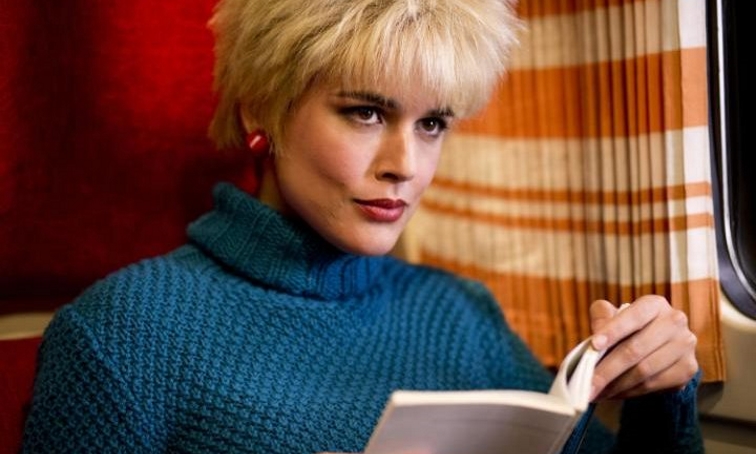 Few contemporary filmmakers are able to use colour with such painterly, masterful splendour as Pedro Almodóvar. The opening frame of Julieta is a vivid close up of the folds of a scarlet dress, billowing ever so slowly. Visually alluring, their movement resembles that of a heart, rhythmically expanding and contracting. The great Spanish director’s latest is a deeply moving, personal and superbly acted endeavour which plays out with the suspense and all-or-nothing stakes of a muted thriller.

Never offering the moment of catharsis which this passionate tale of love, loss and regret may warrant, such magnificent imagery continues throughout in a three-tone world of primary colours. We draw back from this beating heart to see a lady in red who will become the driving force behind a mother’s search for her daughter. Based on stories by Canadian novelist Alice Munro, Julieta spans decades. First meeting her nearer to modern day, Emma Suárez embodies Julieta as an older woman. A delicate whirlwind of pained emotions, determination and resignation her performance soars. Days before a planned move to Portugal with her partner Lorenzo (Darío Grandinetti), a chance meeting with her daughter’s childhood friend, Beatriz (Michelle Jenner), lets her know that she is at least alive and well.

Beatriz’s curious description of Antía as wearing no makeup, “skinny but very pretty” sets out the importance of surface appearance as the film begins. As truths are revealed and all hope in a successful conclusion seemingly dissipates, cracks appear and colours fade: Julieta’s apartment – to which we will return at the end – is unusually dull, barring a few splashes of colour, and a fateful accident will leave her battered and bruised; a far cry from the early pristine elegance. As the wheels come off so a lacquered veneer becomes tarnished but breaking through all that is skin deep to the heart of the matter. Cancelling her trip to Portugal and ending a relationship, a script taken from the pages of a book then proceeds in similarly epistolary fashion as Julieta puts pen to paper in an effort to exorcise demons and speak to a child she has not seen in many years. Her confessional and narration transport us in extended flashback to twenty five years earlier.

Adriana Ugarte is the younger incarnation of Julieta, putting in a similarly impressive turn as her elder self, while Rossy de Palma steals every scene her housekeeper, Marina, appears. Meeting a future husband, Xoan (Daniel Grao), after avoiding another man on a train journey takes one life but gives rise to another – Antía. Guilt hangs in the air for much of Julieta and Almodóvar presents understanding and the desire for reconciliation as co-dependent and equally significant elements of his narrative. This is an affecting, economical and supremely crafted return to form for the Spanish auteur.