Film Review: The Childhood of a Leader 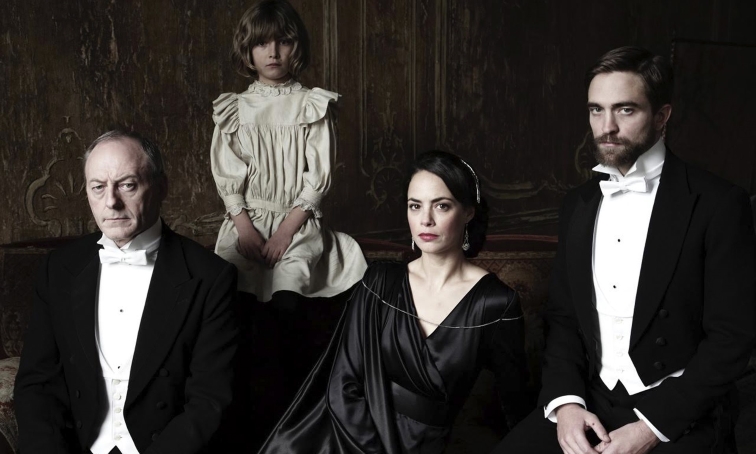 We all wonder how momentous individuals came to be: what Hitler or Stalin were like as children; what happened to them. Did we know anyone like that? How far were any of us from becoming something similar? Brady Corbet’s debut feature The Childhood of a Leader, shoots for this target with all the subtlety of an artillery barrage. The opening scene paints the mood of the time, World War I, with a concussive score accompanying black-and-white war footage. It’s a little like Man With a Movie Camera, only devoid of humour or optimism. This is not industry as a boon to revolution, but industrial slaughter. It shows mankind’s frightening, newfound power – the sort of power great leaders can, and did, come to harness.

It’s 1918 and and an American diplomat (Liam Cunningham) has relocated his family to a manor in France while treaty negotiations in Versailles are ongoing. The war may be over, but things are far from peaceful. His wife (Berenice Bejo) and seven-year-old son (Tom Sweet) both live an uneasy life with him, cut off from both their home and the world. The boy – later identified as Prescott – is the eponymous leader-in-making. Whiskey-and-cigar conversations set the scene in which he develops, a world where the tragedy is “not that one man had the courage to be evil. But that millions had not the courage to be good.”

Such ominous foreshadowing is the name of the game in The Childhood of a Leader. It is operatic, almost so gravely pompous as to be a self-parody and pop out into humour on the other side. Structurally, it is divided into three acts, or ‘tantrums,’ that escalate in severity but neither in tension nor drama: the flat dialogue sees to that. Sociopathic boxes are ticked, one after another, and several themes are raised but left undeveloped. These include Freudian flavours and suggestions of nature versus nurture, but perhaps most interesting is the insinuation that the making of a monster may be, at root, something rather petty – like being mistaken for a girl.

The best bits of the film are those furthest from dialogue and plot. Early on, one of Prescott’s nightmare sequences is some brilliant alchemy of sight and sound, full of eerie visual abstractions. Indeed throughout the film Lol Crawley’s painterly cinematography is outstanding, and probably the main thing that stops the film being a dreadful bore. He focuses on rich and shadowy candle-lit interior sequences, doing his best to conjure a psychodrama from the old corridors of the manor that Prescott comes to dominate. Along with Scott Walker’s sinister score, the long-held shots and inventive framing do a fair job of carrying the atmosphere in spite of the weak script. But still, it’s not enough. Overall, The Childhood of a Leader is not quite good, although it is intriguing. File it in the glorious failure category, and keep a close eye on what Brady Corbet does next.