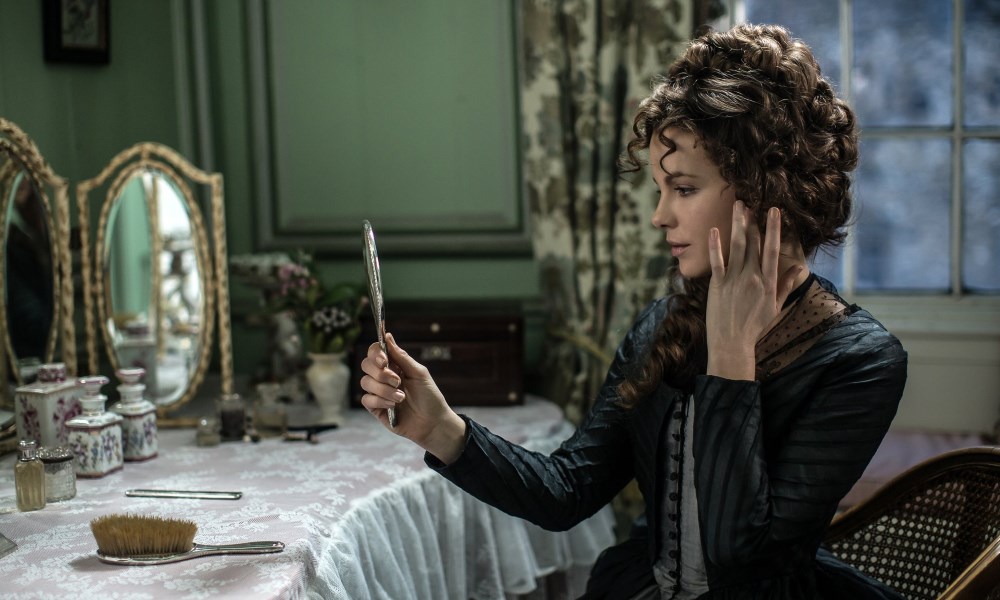 It’s hardly surprising that the wit of Jane Austen’s writing is often overlooked when it’s transposed onto the screen. It’s not so much that adaptations actively avoid it as much as neglect to emphasise the regular disharmony between what characters are saying and what they really think in favour of the BBC period detail and opulent charm of the landed gentry that make them so popular. In Whit Stillman, Austen finds an unexpected – but in hindsight, inevitable – bedfellow for the excellent Love & Friendship, which one imagines the author would enjoy very much.

Austen and Stillman share, across the centuries, a razor-sharp eye for what lies beneath social mores and a bone-dry, scabrous sense of humour. As when a director truly understands Shakespeare – Branagh, for example – it not only makes the language of a master sing, but allows even the most resistant audience to really appreciate the lyrics. So the more playful commentary and critique of Georgian social convention, which usually remains lamentably sub-textual and regularly underserved when Austen is presented on screen, is embraced to its fullest here. The odd giggle and wry smile is to be expected, but this is Austen with a constant grin that’s regularly punctuated by laugh out loud moments. Much of this comes down to the way Stillman has chosen to handle the book’s structure.
Composed as a series of letters, it could well succumb to convention and either feature narration to imitate the novel or disregard it completely. Instead, he weaves letter-writing and reading into his film both explicitly and narratively. Many scenes feature characters receiving and reading aloud letters – often, but not always, with the audience already in collusion with the characters’ most recent social manoeuvres and able to laugh along at the lines being spun, details omitted and hopes spurned. Other scenes tend to feature conversations that could (or might) later be communicated by such letters. It creates a perfect balance of public sentiment and private motivations, juxtaposing them for comedic effect and all the while holding back the most inflammatory moments behind closed doors.
Kate Beckinsale (as the would-be eponymous Lady Susan) is a perfect example of this, ever word measured for effect but always letting the audience – and her best friend Alicia (Chloë Sevigny) – in on her plans. She’s clever rather than intellectual, but uses the former to feign the latter and generally has men eating from the palm of her hand. A widow with a spurious reputation and now lacking in security, she has one eye on the dashing young Reginald DeCourcy (Xavier Samuel) and intends to marry off her daughter, Frederica (Morfydd Clark) to the ridiculous buffoon – brilliantly described in the inspired title-card character introductions as “a bit of a rattle” – Sir James Martin (Tom Bennett).
It’s Bennett who gets the best broadly comic role and the scene in which he is first introduced is the most pronounced and excruciating comedy moment. For the most part the comedy comes in Stillman’s trademark understatement and in faultless, clipped RP. Shot with impeccable composition and restraint and immaculately dressed, Love & Friendship is a perfect blend of love-letter and pastiche. Much like the tongue-in-cheek title, all the gilded romance of the typical soft furnishings is piqued by marvellous barbs and delicious self-interest. When exactly is Whit Stillman’s next Austen adaptation due?
Ben Nicholson | @BRNicholson
Facebook
Twitter
Pinterest
LinkedIn