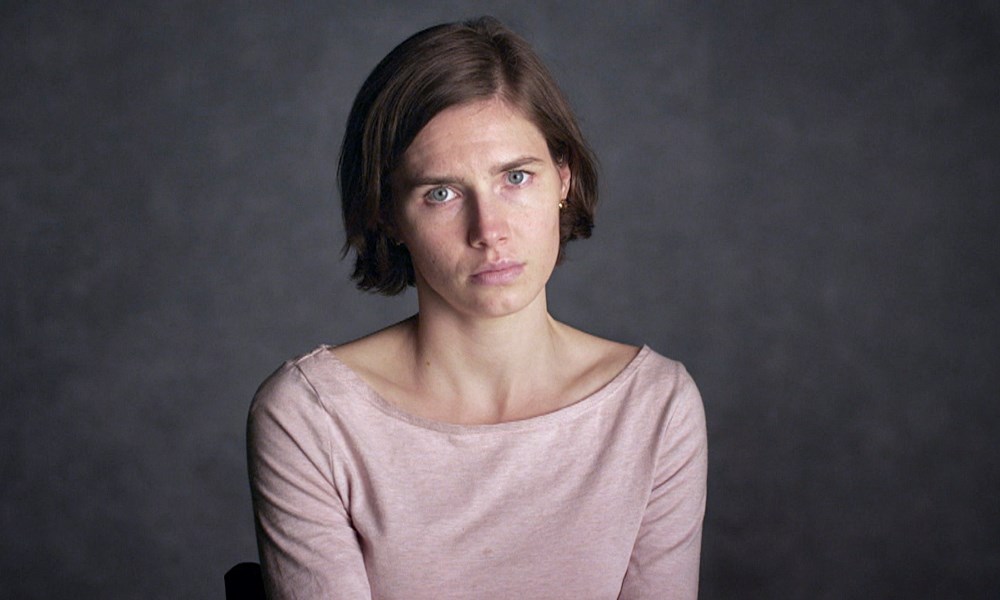 “Either I’m a psychopath in sheep’s clothing, or I am you.” Delivered by the principal subject of Rod Blackhurst and Brian McGinn’s Netflix Original documentary, the chilling ambiguity of this opening gambit is the knife-edge course taken to ascertain the truth of Meredith Kercher’s 2007 murder and a shambolic eight-year legal process. Amanda Knox, which premiered at Toronto and streams from 30 September, sees shifts from guilt to innocence and back with metronomic, unfathomable regularity.

The facts of the case are unclear, testimonies change and ulterior motives evolve like quicksilver, but what is perhaps most disquieting about this true crime film is Knox’s own uncertainty and inability to firmly place herself in either camp. She is one. She is both. She is neither. Assertions are left open to interpretation. Those engrossed last year by Making a Murderer will be drawn like morbid moths to the flame of game-playing, deceit, crazed global media frenzy, sexual complicity and bungled police investigation at hand in a comparably brutal and sordid case. Sticking to documentary form for the most part with key talking heads, a barrage of headlines and ample news broadcasts, the co-directors are not afraid to shock with gruesome crime scene footage.

Pools of blood, stained underwear and a foot protruding from under a blanket at the Perugia house shared by Kercher and Knox leaves little to the imagination and will prove difficult viewing for some. The documentary’s title makes it clear as to where its focus lies – as has always been the case for the press – but it is disappointing that Kercher’s representation equates to little more than the pretty dead girl. This marginalisation is perhaps at the behest of her family, whose appearance is momentary, but little is done to create a clearer picture of the victim. Raffaele Sollecito, Knox’s former boyfriend and supposed accomplice, is depicted as sexually inexperienced, untrustworthy and a little deranged in his obsession with the American with their relationship less than a week old at the time of the murder.

Watching the contemporary interview with Knox, now home free in Seattle after the final quashing of both hers and Sollecito’s convictions in 2015, it is hard to believe a great deal of her recollection. Tears, thoughts and memories seem rehearsed; a blurring of illusion and reality that defies certainty. And yet woeful forensic procedure, DNA contamination and organisational chaos call into question any and all credibility of the work done by chief prosecutor Giuliano Mignini, eroding his surety of their culpability.

As a representative of the press, freelance journalist Nick Pisa proves himself to be a deplorable, unscrupulous vulture of a media man whose greedy eyes light up with pound signs at the prospect of a scoop. Favouring front page by-lines over personal or professional integrity, why check on the veracity of key information, most notably the facts of Knox’s infamous prison diary, when some other hack might publish it first? Lies perpetuated and proliferated by the media add further fuel for the swirling, melting pot of a torrid affair. “Brilliant. Manna from heaven.” says Pisa of the details of this horrific crime. It is a compelling watch but the manna here is hellish and the real truth may never out.