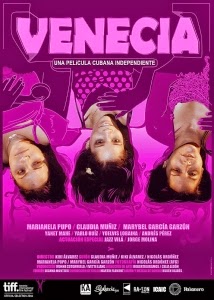 Despite its title, Kiki Álvarez’s Venice (2014) is very much about Cuba. Specifically, it’s a rarely seen independent film from the country, marking its director’s first appearance at the prestigious Toronto International Film Festival. Named after a city to which its characters will never travel, it is clearly imbued with an aspirational spirit, but largely this is a social realist work that attempts to shine a light on the lives of three women living, loving, and striving for agency in modern Havana. It’s a low-key affair that makes for engrossing viewing taking in three fascinating characters and the fine performances that breathe life into them. A fan whirs in the otherwise stifling air of small salon as, one by one, a trio of stylists arrive. 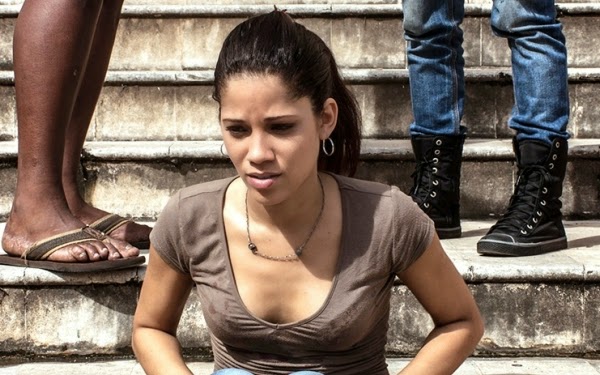 Mayelin (Marianela Pupo) is first, sat on the doorstep still wearing last night’s ensemble; the innocent and dolorous Violeta (Claudia Muniz) follows and Mónica (Maribel Garcia Garzón), mature and pragmatic, rounds things off. After surviving another day of their snide manager, known as “Adminis-traitor”, they grab their pay envelopes and head out for dinner, dancing and drinking. As the evening wears on, veneers are scratched away and the realities of all three women are exposed in different ways; be it through abandonment, promiscuity or self-loathing. Indeed, the city encroaches on every frame be it the airless hairdressers in which the trio perspire away their afternoon, or the bustling streets as the sun sets. Álvarez’s roving camera also does a good job of capturing the energy of Havana after night falls.

However, it’s really the three women who inject the proceedings with vibrancy. Their conversations are natural and sparky and one can imagine their friendship developing over the years. Pupo is probably the standout of the actresses, excellent in both Mayelin’s curvy and vivacious outward persona – all bitchy asides and attitude – and the insecurities behind the façade. While some plot threads don’t quite receive the development they might warrant, it does help to focus the attention on Venice’s primary objective which is an exploration of character and a portrait of how modern Cuba treats its women. That each character is overturned and fleshed out to a degree during the third act makes this an admirable endeavour and the denouement’s tinge of positivity works well in concert with the banality and frustration that has come before. As the women reconvene for a bleary-eyed walk home in the morning sun, there’s a welcome bit of hope in Álvarez’s latest.