Film Review: ‘Don’t Let Him In’ 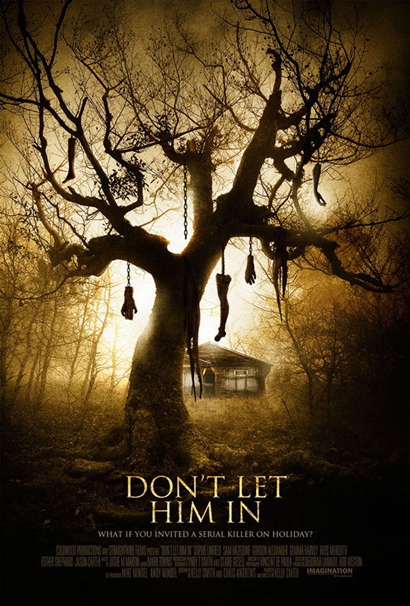 British director Kelly Smith’s Don’t Let Him In (2011) is a strange movie. Starting from the title, which echoes that of Matt Reeve’s vampire horror-remake Let Me In (2010) – you’ll be forgiven for wondering whether this is a parody. However, Don’t Let Him In transpires to be a serious and gore-packed horror film with lots of good intentions – but, also, lots of nonsensical moments which verge on the laughably absurd more often than not.

The setting is classic – an isolated house in the midst of dark woods – and reminiscent of The Evil Dead (1981) (but that’s as far as the comparison can go) and the starting sequence is very strong, claustrophobic, and effective in getting the blood pumping. The plot aims to unsettle the audience and keep them on guard, and it does so quite well; that is, until the characters start acting way too incongruously even for a horror movie, making decisions so naïve and absurd that they distract the viewer and break the tension. 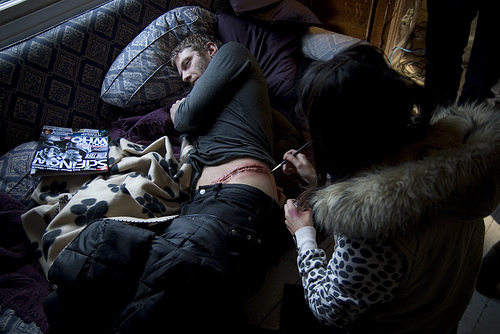 The actors try hard, and are undoubtedly skilled; but their performances are at times a little too academic still and theatrical – except for villains Shawn (Sam Hazeldine) and Tristan (Gordon Alexander), who let their characters inhabit them completely and unleash their potential. Their intensity, though, is dimmed by a script which too often indulges in action sequences instead of letting the horror and uneasiness sink in and do its job.

The ridiculous moments take over halfway through and seriously weaken the credibility of the story to the point of turning it into an almost comical version of itself.

Watching seemingly qualified nurses who can’t recognise a dead man from a very much alive one, seriously injured characters who wake up the day after and come down for tea like nothing happened, and worms crawling out of people’s eyes, you’ll start to wonder whether Don’t Let Him In may be a spoof after all.