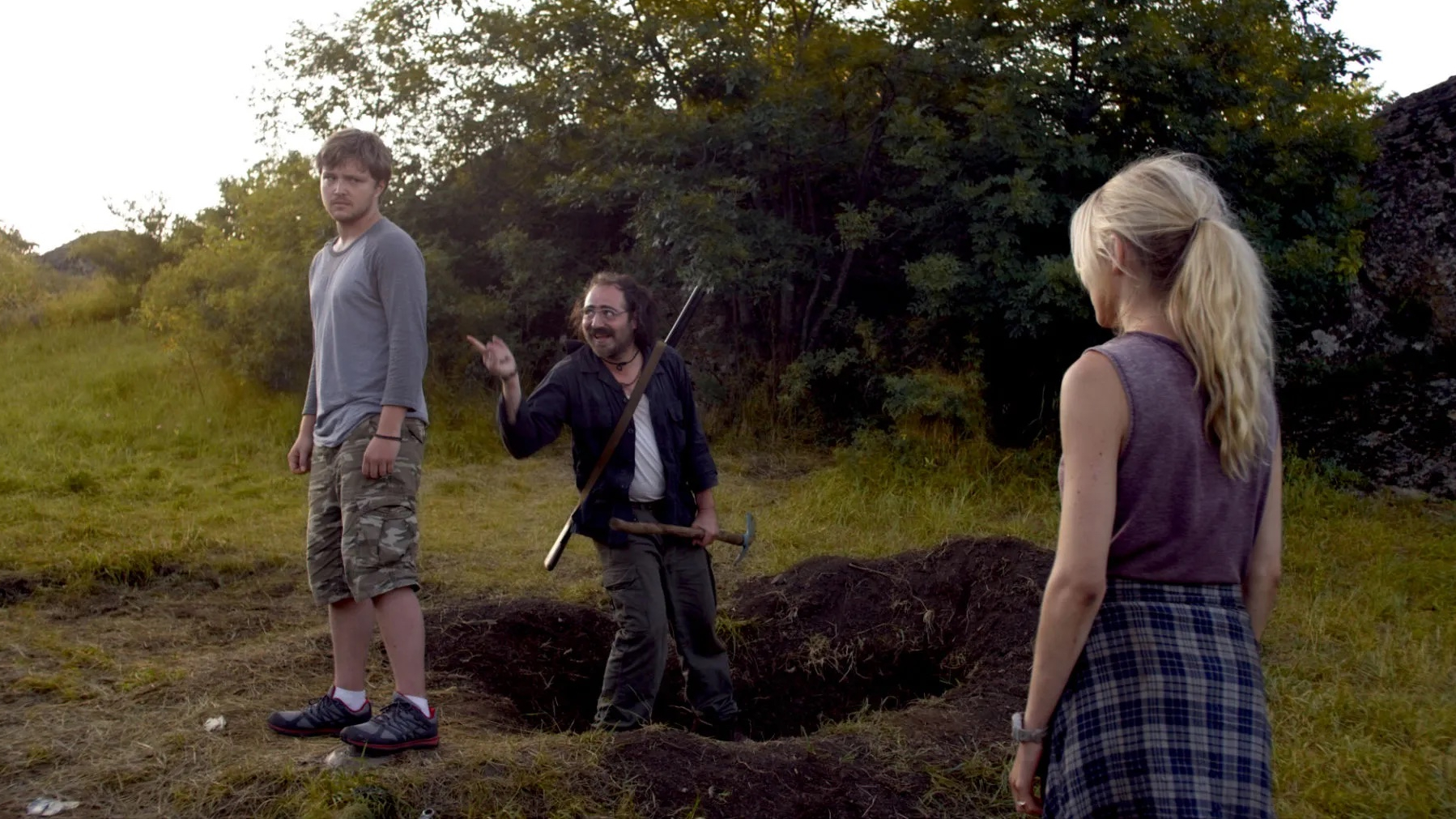 Levan Bakhia’s Landmine Goes Click (2015) is the kind of genre flick that comes along sometimes – where a director’s intentions can be misinterpreted. The brutalisation of three female characters is horrific, but it would be a presumptuous leap to suggest the film itself flexes a misogynistic creed.

Such assertions would woefully misconstrue Bakhia’s thematic subtext, which is an examination and comment on the male mind warped by patriarchal thinking and a manipulative form of self-exculpation/cowardice. Its spiritual relation is perhaps Gaspar Noé’s Irréversible (2002), a violent fantasy saga about two men filled with blind rage doling out vile retribution, after one’s partner is raped in a Parisian subway.

Bakhia’s intention is warpath revenge depicted as a male birthright. Three American backpackers are traipsing through the beautiful mountains of Georgia (the former Soviet republic), when one of them accidentally steps on a landmine left over from some previous Russian invasion. The unlucky kid, Chris (Sterling Knight), cannot move a muscle or else he’ll go kaboom! Where Landmine Goes Click begins and where it ends is something of a high- concept marvel.

Just as things get all Hitchcockian, it heads into more outwardly nasty territory, as an opportunistic hunter stumbles across Chris and Alicia (Spencer Locke) – the other guy originally with them is long gone – and starts to escalate perverse favours into acts of sexual aggression and violence. When that’s all over, it becomes something else. Bar the odd tonal misjudgement, including string arrangements over a rape scene (a tasteless wrong move if ever there was one) Bakhia’s psycho-thriller is an accomplished production.

The film also gives us a hero figure and righteous avenger who is both less than heroic and more than self-righteous and brimming with humiliation – the kind that causes men to do extreme things. In fact, Chris is largely to blame for several key events in the movie and yet carries on as if he’s the wronged man, completely ignoring his own failings, failures and complicity in certain actions.

The nature of the story and structure of the plotting is certainly not easy, as not many films change personality with each act. It could so easily have collapsed like a half-baked pastry, but the fact it doesn’t, and that the twists and turns keep on coming, show that high-concept dramas can work a treat when given time to breathe and ably backed up by excellent performances and intelligent themes and subtext. There is more to Landmine Goes Click than some might give it credit for. To dismiss it as another grotty exercise in terrorising women is missing the point somewhat.