Why Casablanca is one of the greatest movies ever 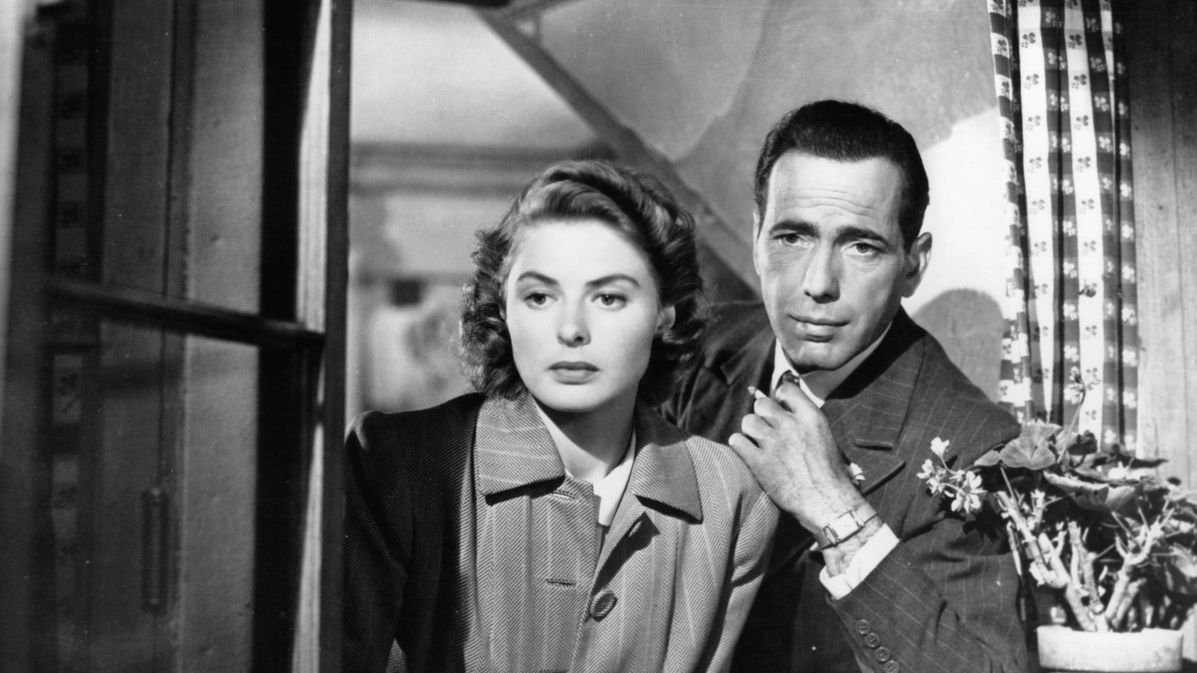 Although 1942’s Casablanca was an A-list picture with major stars like Humphrey Bogart and Ingrid Bergman, no one involved with its production thought it would be anything more special than the hundreds of other movies Hollywood was producing that year.

Casablanca went on to win three Academy Awards, for Best Picture, Best Director, and Best Adapted Screenplay. Since then, it has become regarded as one of the greatest ever films ever made. Set during World War II in the city of Casablanca in Morocco, the film sees bar owner Rick, played by Bogart, having to choose between his love for a woman and helping her husband escape to continue his fight against the Nazis.

Several lines from Casablanca have crept into public consciousness over the years. Surely most everyone knows lines like “We’ll always have Paris”, “Here’s looking at you, kid”, and the misquoted “Play it again, Sam”. But it is the scenes that underpin those lines that make them so memorable and emotional. Casablanca has so many exhilarating, dramatic, and touching moments, that is pointless to list them all. You’re better off watching the film. But, in addition to the classic final scene, the scenes that are perhaps the most cinematically powerful are Rick at the roulette table and the singing of La Marseillaise.

The first sees Rick, who appears at the start of the movie as a cynical businessman who wouldn’t stick his neck out for anyone, surprisingly showing his inner good-natured self when he rigs the roulette table to let two newlywed refugees win enough money to buy their exit visas and finally flee Europe. Of course this is unlikely to happen in real life, particularly with the proliferation of online roulette, with many people now preferring to play such games from the comfort of their home.

An even more emotional moment comes when Germans start singing Die Wacht am Rhein in Rick’s bar, much to the annoyance of the French refugees and other refugees who have been endlessly waiting in Casablanca. In a truly moving moment, the refugees begin singing La Marseillaise in defiance of the Nazis, and not before long, the Germans are drowned out. It is one powerful scene.

The many memorable scenes of Casablanca would not be as powerful if it were not for the stellar cast delivering the lines. In addition to Bogart and Bergman, who are unquestionably two of the greatest screen icons of all time, the cast features the likes of Peter Lorre, Sydney Greenstreet, Claude Rains, and Dooley Wilson as Rick’ piano-playing friend Sam. But even the minor characters in the film offer flawless performances, such as the dealer in the casino played by Leon Belasco and the newlywed bride Joy Page.

Of course, the actors would be unable to deliver such outstanding performances if it were not for the superb script. The film is based on an unproduced play written by Murray Burnett and Joan Alison. Howard Koch and twin brothers Julius and Philip Epstein adapted the play and wrote the script for Casablanca, along with the uncredited Casey Robinson, who was a master of dialogue and tone.

Without Michael Curtiz’s seemingly effortless and self-assertive direction, and the pacing of the 102-minute film, Casablanca could well not have become the masterpiece it is. From flashbacks and heroic gestures to clandestine meetings and musical interludes, Curtiz manages to film it all with just the right look and feel to give that feeling of magic that comes every time you watch Casablanca.