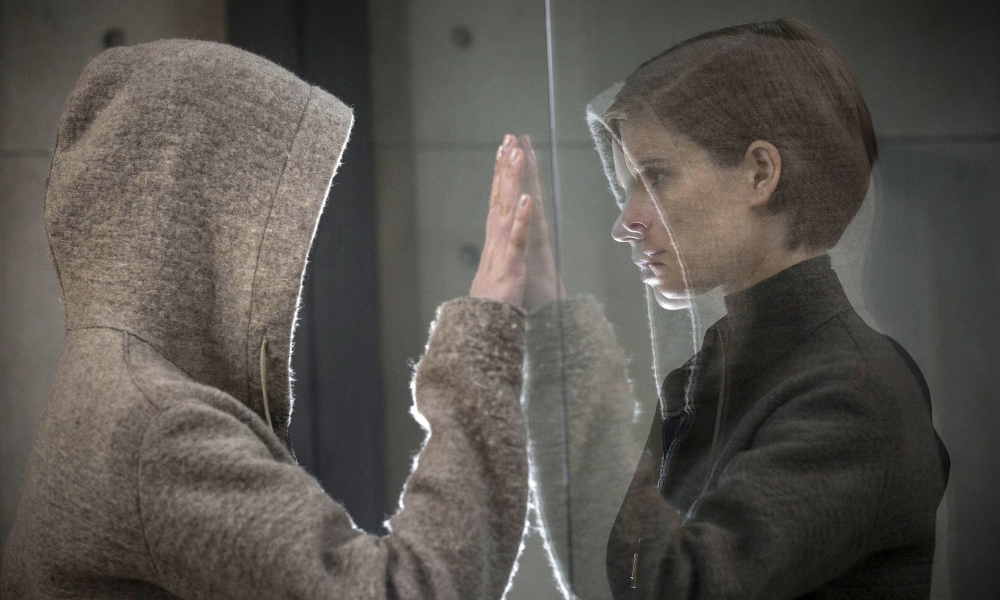 Ridley Scott’s influence weighs heavily on the concept and themes of Morgan, the debut feature by his son, Luke. The premise – scientists create a part-clone, part-android cybernetic being – is pure Blade Runner, and the small cast and paranoid claustrophobia of the remote setting consciously invokes Alien. Even corporate interloper Lee Weathers’ (Kate Mara) distant iciness is reminiscent of Charlize Theron’s turn in 2012’s Prometheus. Luke Scott has a rich, if variable, science fiction heritage to draw on, but unfortunately the sins of the father are very much borne by the son. Flaws that have frequently plagued Scott the Elder’s work are equally as prevalent in his son’s film.

It also doesn’t help that Morgan compares rather unfavourably to Alex Garland’s superb Ex Machina. Yet it still does just enough right to maintain our interest during its snappy 92 minute running time, with art direction and cinematography that evokes cold metallic surfaces and equally cold emotional distance. The eponymous Morgan is compellingly played by Anna Taylor-Joy, whose performance is comfortably the best amongst an accomplished cast. Taylor-Joy impressed earlier this year in The Witch where she brought a restrained intensity to a character also dealing with deepening emotional conflict. But whereas The Witch’s conflict came from a burgeoning sexuality, here it arises from a more fundamental question of the nature of her existence. While the answer itself may be disappointingly rote, Taylor-Joy invests enough depth in to her Morgan as to make the search for it compelling.

Paul Giamatti is amusing in a brief but memorable role as a psychiatrist brought in to assess Morgan’s mental stability but, like much of the film, is let down by a script heavy on exposition but light on coherent characterisation. Lead scientist Simon Ziegler (Toby Jones) is watchable in his fatherly obligation to Morgan, yet it’s baffling that the scientists running the seven-year long project to create Morgan have apparently no idea what she has been created for. Similarly, Morgan herself seems fairly arbitrary in her loyalty and affections to her ‘friends’, merrily dispatching characters who are actively trying to help her, which pledging undying fealty to another who has done little to distinguish herself.

Although flawed and scrappy, there are enough positives to recommend Morgan. The art direction, while hardly original, is enjoyably of-the- moment and Morgan’s look has an unsettling otherworldly quality, brought to uncanny life by Taylor-Joy’s ethereal physicality. Even when the film’s final act descends into sci-fi schlock, there is still entertainment to be had, and while the cliched, coda-based twist is so thuddingly obvious to barely register as a twist at all, it’s more likely to inspire a grin and a shrug of the shoulders than outright derision. Gossamer-thin and quickly forgettable, Morgan is nevertheless a minor but enjoyable entry into the canon of science fiction.