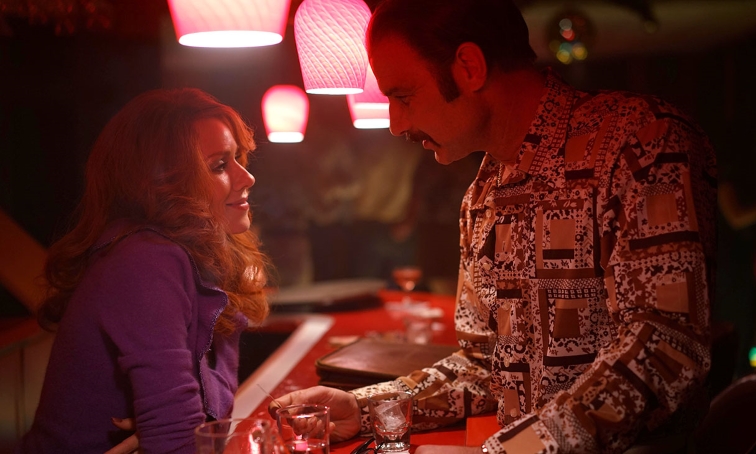 “I could’ve been a contender,” declares Marlon Brando’s brooding pugilist from On the Waterfront, and every actor these days seems to have a crack at the boxing picture to see if they can go the distance. Along with classic turns from Paul Newman and Anthony Quinn, we’ve had Stallone, De Niro and new kids in the ring Hilary Swank, Jake Gyllenhaal and Miles Teller. In fact, there may well have been more entertaining boxing movies than there have been entertaining, blockbuster boxing matches.

Philippe Falardeau’s The Bleeder skilfully sidesteps most of its opponents by not really being about boxing so much as it is about fame as seen from the lower rung. You might not know who Chuck Wepner is, but the chances are you do and you don’t know it. Wepner was the Heavyweight Champion of New Jersey who came to fame when he almost went the distance with Muhammad Ali in a fight in the 1970s. The event would have been a mere footnote in boxing history if it hadn’t been taken by the young filmmaker Sylvester Stallone as his inspiration for the script that became Rocky.

With a Zapata mustache and thinning hair, Liev Schreiber grabs the role in his meaty fist and is a loveable chump as much as a locally celebrated champ. Chuck daylights as a liquor salesman while his career as a boxer is marked with the unfortunate moniker the bleeder, because he bleeds too easily. The film charts his moderate success through a recognisable trajectory, mixing archive footage with the fictional reenactment, with Ali played by Pooch Hall. Elisabeth Moss, as Chuck’s wife Phyllis, does what she can with the little she is given. Boxing movie staples such as the montage, with a cameo from Ron Perlman as the trainer, are swiftly alluded to and the fight itself is brisk, but the film is more interested in the brief hope of fame over-spilling from the success of Rocky and the costs of disappointment. Chuck sits alone to watch the Oscars and seems as delighted as he was by the feat of the fight.

Chuck even manages to orchestrate a meeting with Stallone, brilliantly impersonated by Morgan Spector, and ends up friends, but is unable to exploit his own success and seems despite all his talk of being a lucky man to always manage to grab defeat from the jaws of victory. This affectionate portrait in failure is more in the tone of Darren Aronofky’s Venice winner The Wrestler, carried mainly by a brilliantly swollen performance by Schrieber, full of humour and bluff and yet with an intelligence to learn his lessons, slowly, but learn them. An unrecognisable Naomi Watts helps his redemption along the way, and Jim Gaffigan is wonderful as Chuck’s pal and enabler. The script by Jeff Feuerzeig and Jerry Stahl is snappy and by giving Chuck substantial voiceover, finally allows him to have a film where he gets to tell his side of the story more or less in his own words.