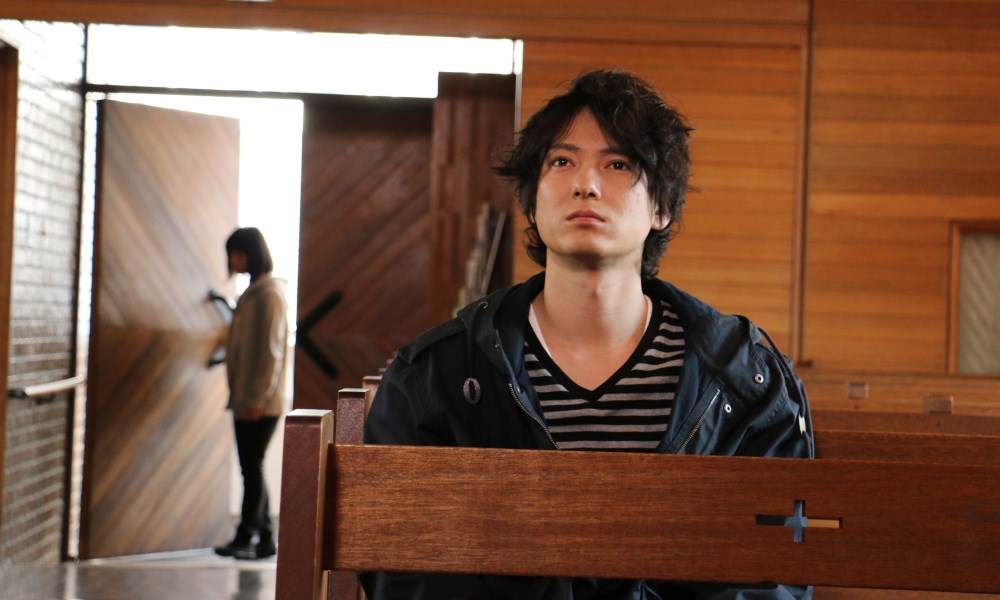 Acclaimed director of 2013’s The Greatful Dead, Eiji Uchida returns with Lowlife Life, an often hilarious, charming and fitfully uncomfortable look into the world of low-budget Japanese filmmaking. Indie director Tetsuo (Kyohiko Shibukawa) is an initially charming Linklater-esque slacker, drowsily pawing at his girlfriend and making silly faces as he smokes cigarettes to the scratchy drawl of singer Taeko Ito. The film’s charm is only heightened as he auditions parts for his new film, impressed by aspiring actress Minami’s (Maya Okano) unhinged rage at stepping in imaginary dog faeces.

It’s even difficult not to applaud Tetsuo’s naked audacity when he steals his best friend Mamoru’s (Yoshihiko Hosoda) bonus, earned after a successful porn shoot. Tetsuo is surely based on that infuriating friend that everyone seems to have in their twenties: charming, creative and shamelessly exploitative, perpetually broke but kept around because his energy and affected self-belief are too fun to ditch. The difference with Tetsuo, of course, is that he’s 39, has only ever made one film, and as we soon learn, exhibits some truly repellent behaviour.
Tetsuo’s charming mask slips soon after he meets Minami at his acting school. Schmoozing with his students in the bar that doubles as the networking spot for indie filmmakers, Tetuso follows Minami into the toilets and sexually assaults her. Part of the disturbing nature of the scene is that it is shot for comic effect, the camera passive and still as it watches Tetsuo saunter into the toilet, ejected seconds later by a shocked Minami. Tetsuo philanders, exploits and grifts his way through life, but with a style that is, until this point, rakishly amusing. But here, the film depicts his assault of Minami in the same blasé way as the rest of his antics.
It undoubtedly brings unfavourable context to Tetsuo’s other behaviour, but it remains unclear whether the film outright condemns Tetsuo and the broader industry’s exploitation of women, or simply passes off his sexual entitlement as another ‘boys will be boys’ misdemeanour. While not a deal breaker for the Lowlife Love‘s other laudable achievements, this and the film’s pretty shoddy treatment of its female characters leaves a bitter taste that unfortunately lingers until the credits roll. More positive is the unexpectedly moving relationship between Tetsuo and Mamoru.
Despite Tetsuo’s incessant ill-treatment of his friend, Mamoru is loyal to a fault, idolising his friend and harbouring an ill-advised crush on him. Two standout scenes, one involving a confrontation in the bar, all betrayed feelings and quivering lips, and another where the pair watch a couple getting frisky in a car, are rare but beautifully-drawn moments of sincerity; Mamoru’s excruciating devotion to his friend is embodied perfectly in Hosoda’s nuanced performance, where Tetsuo’s confession of his love for cinema humanises his otherwise appalling behaviour. The ending, following Tetsuo’s new- found maturity, is as fine a rendering of consequence for Tetsuo that one could expect, while retaining the film’s blackly-comic sense of pathos.