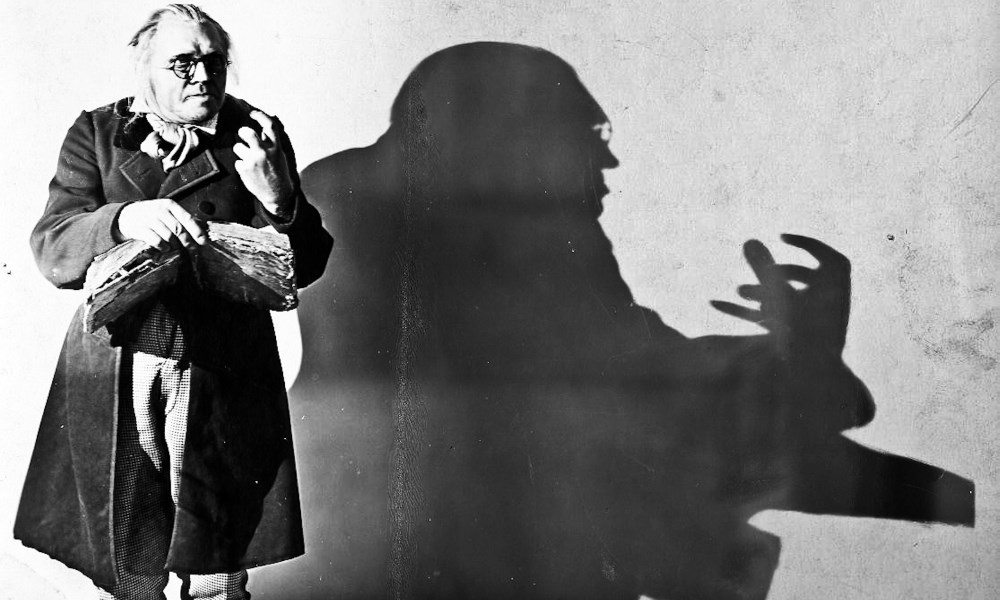 Robert Wiene’s expressionist masterpiece The Cabinet of Dr. Caligari is one of the most important films of the post-First World War era and has lost none of its strange and unsettling power in the near century since its 1920 release. Most noted for its abstract, angular set designs influenced by German expressionism, Caligari is a deeply psychological and challenging work, as important to modern horror cinema as Metropolis is to science fiction.

Where many of Caligari’s silent contemporaries have recently received gold-plated treatment in the form of high-def restorations, Wiene’s film has languished in mediocrity with thrown-together reconstructions. Even top-drawer label Eureka’s 2000 DVD release left little in the way of supplementary features, with the print retaining a distracting artefact across the top of the image. Not so with Eureka’s new Masters of Cinema edition, however, with the label finally offering the definitive version of Caligari, replete with supplements and a stunning, clear print and German intertitles.

Caligari’s story is simple but sufficient, a fable about the eponymous mystic Dr. Caligari (Werner Krauss), who tours carnivals with the mysterious Cesare (Conrad Veidt), a somnambulist who reads fortunes in his death-like trance. But no sooner does Caligari arrive in town than a series of murders happen. Francis (Friedrich Fehrer) is the first to suspect Caligari, but cannot help being sucked into the madness that surrounds the doctor, pursuing him to the local insane asylum only to find that Caligari is the institution’s nefarious director.

Caligari’s set design is simply stunning – abstract, overtly theatrical and nightmarishly unsettling, physical space and psychology have arguably never been so successfully merged. Its influence is felt throughout cinema, from the arthouse to the multiplex: A Nightmare on Elm Street, Shutter Island and Inception are just three examples that owe their existence to Caligari’s vision. Credit, too, must go to Veidt and Krauss’ lead performances as the somnambulist and his master. Caked in ghastly white make up, Veidt appears as a ghoulish Joker, prowling the twisted angular streets, the spirit of expressionism given human form.

Meanwhile, the monstrous Caligari, clad in grubby top hat and cape, is a vision of human corruption, deep black lines haunt his face while his white eyes bulge as if in the throes of death. Never more was the irrationality of dreams made so effectively manifest on screen, Wiene’s film filters the anxieties of interwar Germany through the prismatic lens of expressionism. The Cabinet of Dr. Caligari is one of cinema’s most enduring masterpieces, haunting, disturbing and foundational.