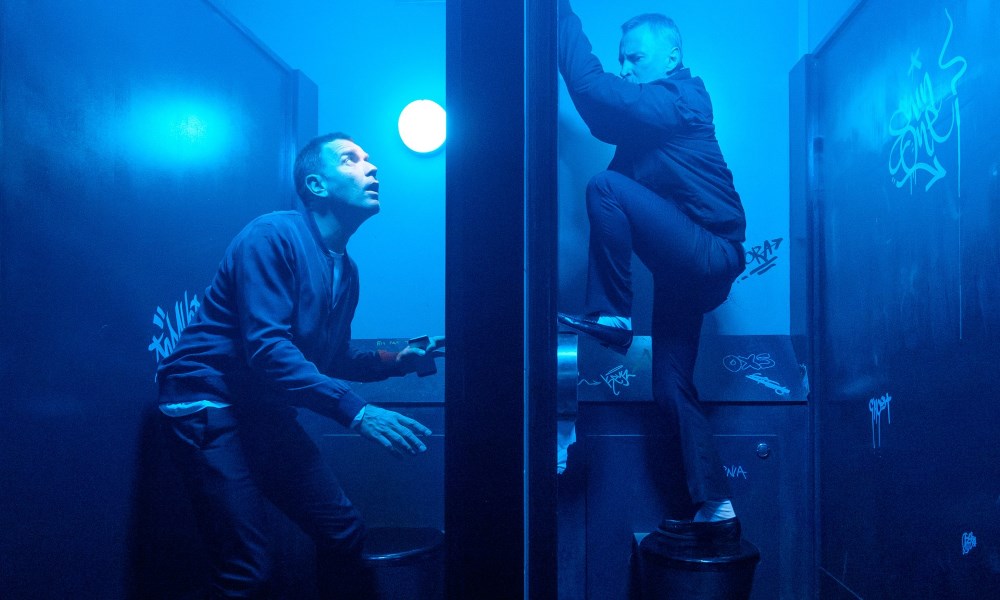 Two decades after cult hit Trainspotting tapped into the zeitgeist of the 1990s its sequel – the oddly titled T2 – reaches screens, propelled by an overbearing sense of nostalgia. Not only does the film’s narrative bear a striking resemblance to that of the original, but returning director Danny Boyle also finds ways to feature old footage. The whole gang is back. Renton (Ewan McGregor), now married and living in Amsterdam, finds himself back in Edinburgh after the death of his mother, soon reuniting with Simon (Jonny Lee Miller) and back to their old scheming ways.

Spud (Ewen Bremner), meanwhile, is still addicted to the high, while Begbie (Robert Carlyle) is stuck in prison – but not for long. It’s good to see everyone back together, and Boyle seems most at ease behind the camera when its the foursome doing what they do best. The plot, however, is more conventional than the last time around, with a scheme that involves less drugs but more of a reward. Renton and Simon take centre stage, with Spud and Begbie’s arcs relegated to the sides. It’s a shame because Robert Carlyle is by far the most interesting to watch. He falls back into Begbie like anyone would into old habits.

This time there’s a melancholy to Begbie’s psychotic tendencies that stretches across the rest of the film. These characters aren’t as young as they used to be, but they haven’t exactly matured or found any better ways to channel their energies. The film is a lot darker this time round. The themes are of adulthood, loss and a heavy hit of nostalgia – how things were and how they could have been. It’s perhaps what weighs T2 down so much. It’s so invested in its predecessor that it doesn’t do much to renew itself for the modern era. But then, there are adrenaline-fuelled bursts to be found and examples of Boyle’s visual flourishes – like scenes involving Spud as he becomes fixated on stories or the club scene where Begbie and Renton are reunited.

It’s not easy to make a sequel, let alone to a cult classic that was released more than two decades ago. Boyle has made an admirable effort that captures the melancholy of being right back to where you started from. But it’s not what it used to be – or what it could have been. And it’s disappointing that the one good role for a female goes to a newcomer (Anjela Nedyalkova), rather than either Diane or Gail, played by terrific Scottish actresses Kelly MacDonald and Shirley Henderson, both of whom make only fleeting cameos.