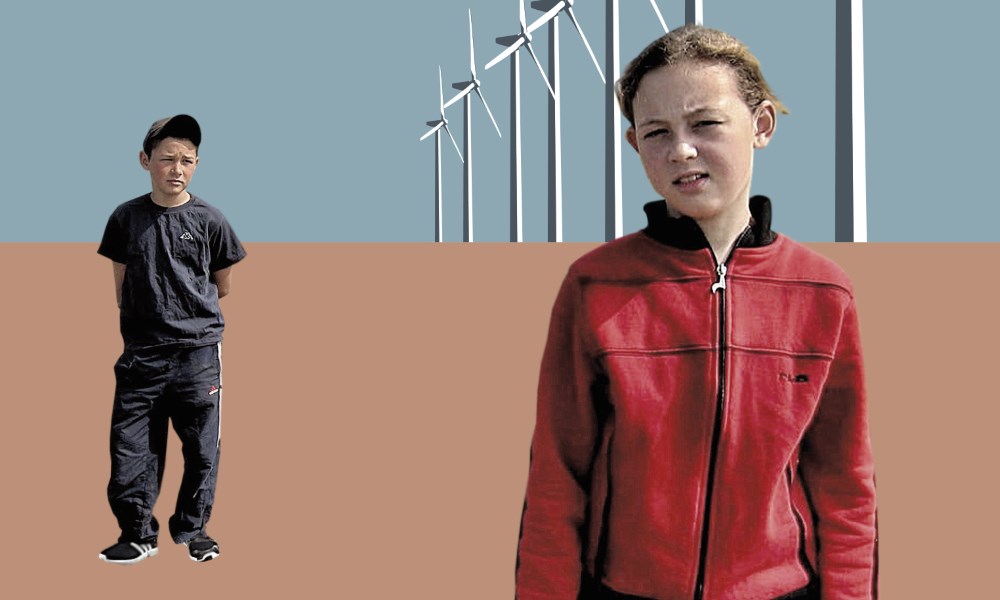 Philip is a self-professed king, ordained directly by God and living with a harem of wives on a horse farm in Sussex. Laura-Anne is a ten-year-old girl searching for love in the windswept two-street town of Siddick in Cumbria. As protagonists in a pair of films by British documentarian Marc Isaacs, they may seem like a veritable odd-couple but Philip and His Seven Wives and Someday My Prince Will Come make for a perfectly complementary double-bill in Second Run’s new release. It slots in neatly between their previous two Isaacs releases to complete a DVD retrospective of his noughties output.

Despite what initially appears to be disparate subject matter, the duo also show that Isaacs was exploring similar ideas in different guises with these two 2005 mid-length features. Both films meditate on love, companionship and contentment in vastly different circumstances but they also are rife with subtle similarities that make them ideal to watch in one sitting as a double-feature. These are ostensibly unremarkable people and mundane lives inflected with grace and myth, by Philip and Laura-Anne’s own individual perspectives, which retain a beautiful and stark clarity through Isaacs’ unfussy but empathetic lens.
Philip was a Messianic rabbi who one day revived a message from God that he was to be a spiritual king, and subsequently set about cultivating an unconventional, polygamous kingdom outside Hove. Isaacs proves to be a candid interlocutor, a wandering eye that is privy to moments of great anxiety within the household and is keen to understand why these modern women submit to such a regime – definitive answers are understandably evasive. They live cowed by Philip’s righteous exasperation with them and his booming voice regularly refers to the women and horses around him in similar terms.
It’s a fine balance for Isaacs to strike, but manages deftly not to confer any judgement upon Philip or any of the women whilst still being sure to question the extent of this self-declared regent’s power and the effect of bending to his will. Force of will is also key to Laura-Anne’s journey which is framed by her own narration in rhyming couplets. They cast this straight-talking pre-teen in the role of frustrated princess on a quest to find herself a gallant knight in a kingdom where precious few apparently exist. It’s a personal story given epic dimensions by the voiceover as, over the span of a year, the course of true love finds itself meandering through difficult terrain.
Laura-Anne’s fate seems entwined with the tiny town in which she lives and just as its horizon is dominated by shoreline wind turbines, so hers is dominated by the figures of her roguish ex, Ben, and attentive cousin, Alex. In both films, Isaacs maintains the intimate focus on individual lives and is careful never to judge or condescend – which is particularly refreshing given the subject matter in both cases. Instead, he uncovers local tales and universal truths with deft assurance.
Ben Nicholson | @BRNicholson
Facebook
Twitter
Pinterest
LinkedIn
Go to mobile version