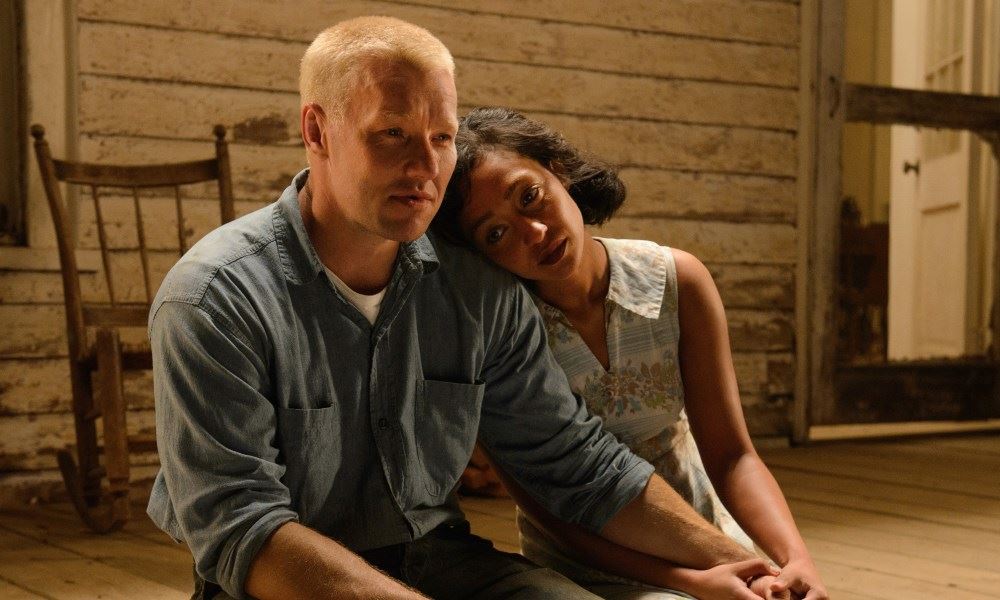 The understatement of Jeff Nichols’ Loving is conversely both its strongest asset and weakest link. Continuing an eclectic genre-hopping tour in the early stages of what will undoubtedly be a tremendous career in filmmaking, the writer-director moves away from the visually inventive psychological drama of Take Shelter, the gritty, poetic realism of Mud and the darkly Spielbergian sci-fi of Midnight Special to a story of racial and historical import; the lifelong love and struggles of Mildred and Richard Loving against discrimination as a mixed race couple through the Civil Rights era.

Nichols has here crafted a quiet portrait of remarkable tenderness but unfortunately one whose muted tones, colours and all-round restraint, along with a decidedly tame representation of the tempestuous time period of its setting, make for a rather dull, sluggish watch in which the stakes of the matter at hand never quite achieve the emotional blow that they might. The plight of two people merely wanting to love one another is well told but the lengthy legal process which would go on to change US constitutional law is never instilled with the dramatic heft one might expect. The awkward and contrived turns given by Nick Kroll and Jon Bass as the couple’s defence team hardly helps in this regard.

There is, however, a humble and touching sincerity to the onscreen relationship crafted between Joel Edgerton’s Richard and Ruth Negga’s Mildred. They do not crave the limelight or fame, but merely to be left alone to love one another and the practicality of their everyday family life is imbued with genuine intimacy. It is in the two very fine performances and interaction of its leads that Nichols’ latest excels. The latter is certainly well deserving of her Best Actress nomination; the anguish, hope, injustice and fierce determination that she conveys in delivery and through profoundly expressive eyes is quite astonishing.

For his part, Richard is a gentle, simple and plainly-spoken man and with a grunt, shrug of the shoulders and eyes levelled for the most part awkwardly towards the ground Edgerton may shift uncomfortably and deliver lines through a clenched jaw but it is a determined, fully embodied turn by an actor who continues to prove what a versatile talent he is. There is an uncomfortable serenity to early proceedings that is ruptured by an arrest for illegal cohabitation but from a slow start Loving doesn’t go on to build much of a head of steam.

Forced by the courts to leave their native Virginia to Washington DC – where the couple had wed – a swift but finely executed montage of a house being filled with the patter of an ever growing number of tiny feet conveys a passage of time where life continues but with the Loving family, and most notably Mildred, existing without truly living. Nichols regular Michael Shannon is given the smallest of cameos and barely has time to register as a Time photographer seeking to humanise the reluctant poster couple but it is in their reticence and Nichols’ slightly timid direction that Loving is limited, like the shy union it depicts, as an artefact of its own time and creation.