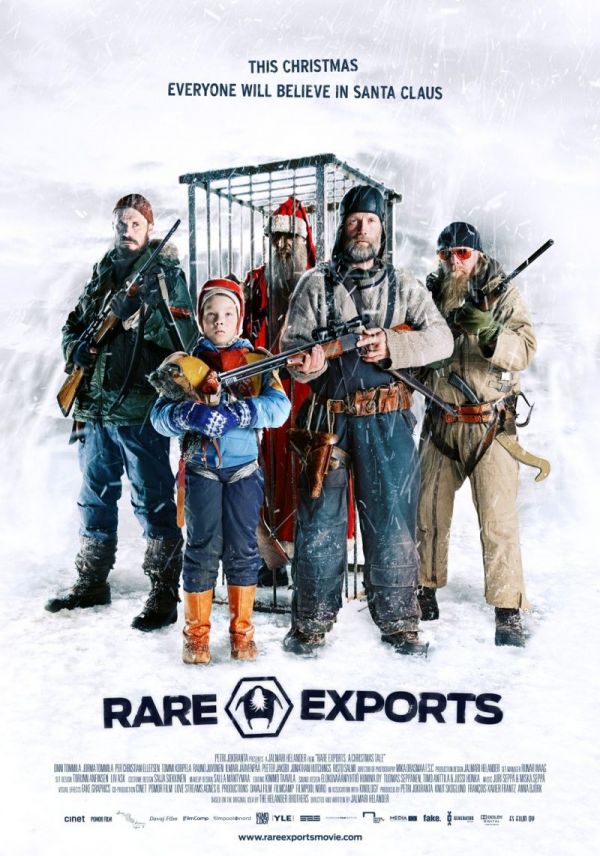 There is a menacing feel to Rare Exports: A Christmas Tale (2010) right from the off, and we’re quickly made aware that this is no venture into traditional ‘schmaltz’. The film opens on a mining expedition somewhere in the mountains of Northern Europe, an area loaded with geographical authenticity for the subject matter at hand.

The news that fresh shavings of wood have been found by the miners is alarming indeed, considering that the mining range in question should contain nothing more than undisturbed rock. However, this does not seen to perturb the CEO of the mining venture. The events are overseen by two local children who, in the name of nosey mischief, have cut through the perimeter fencing to have a closer look.

Rare Exports quickly moves into Brothers Grimm territory, where all things traditionally good and pure have underlying undertones of uncanny evil. Parallel to this, one of the young children Pietari (Omni Tommila in an amazing performance) reads from a book entitled “The Truth about Santa Claus”, which depicts Ol’ Saint Nick as a cruel child beater – a malevolent force to fear, as opposed to the benevolent philanthropist we all know and love (and certainly not the “the Coca Cola Santa”, as is pointed out). 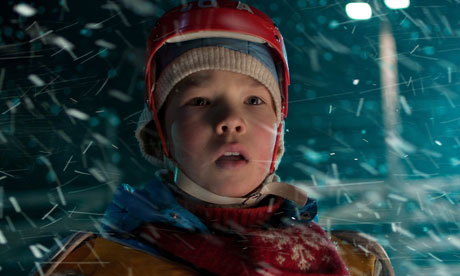 Pietari becomes increasingly frightened as events unfold, and this is consequently manifested through his expanding attire (including a set of makeshift, protective hockey pads) and a useless stuffed animal named “Vuppee” that trails the boy via a piece of string tied to his trousers.

The tension increases with the discovery of what is thought to be a cadaver in a home-made trap, close to the local town. The presumed body is kept away from our young hero, but upon visiting the empty trap himself Pietari finds a bizarre, voodoo-esque figure.

More perplexing still, radiators in the town are being stolen, as -more worryingly – are a number of children, and it becomes clear that there is a secret agenda to all of this that puts our clever little boy at the centre of a unique rescue mission; to not only save the town’s next generation from being pulled apart by their beloved Santa, but also to reinvigorate the local economy, which includes his own father’s business.

Only one niggling flaw detracted slightly from my overall enjoyment of Rare Exports: A Christmas Tale, and that is the very obvious, and somewhat jarring use of some very underwhelming CGI effects in a number of key scenes. However, the tremendous performances and the film’s unique tone more than make up for this technical misjudgement. The music and production design are also fantastic, and it’s no wonder that the credits have a large “With thanks” list, interspersed with some lovely (if a little disconcerting) sketches form the book “The Truth about Santa Claus”. Altogether, an unmissable delight for the Christmas period.