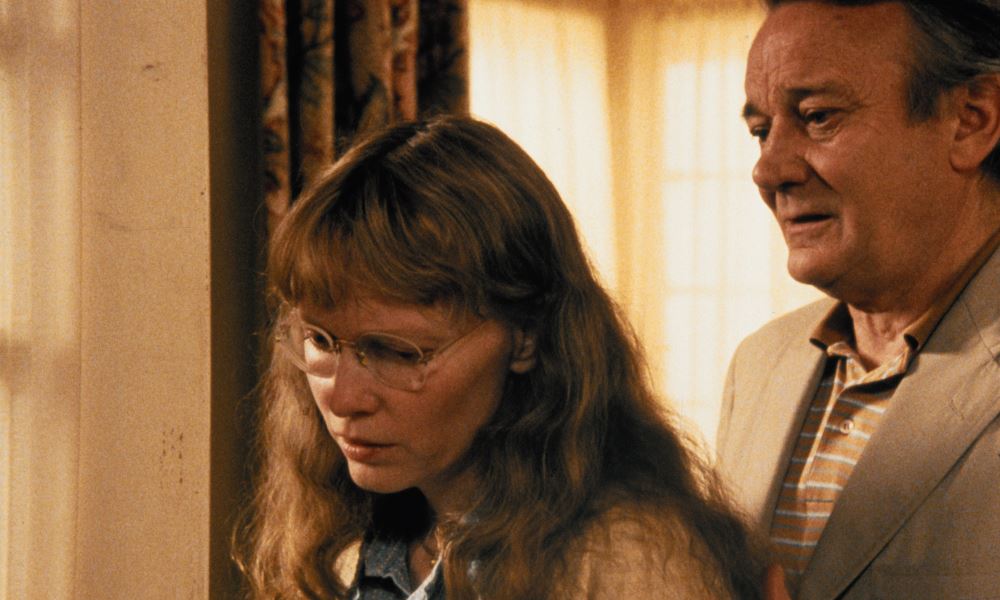 Woody Allen has always had a knack for portraying the awkward sadness that comes with living. His films excel at capturing phases in people’s lives – the self-conscious romance of young adulthood in Annie Hall, or the elegiac reflection of middle-age in Another Woman. September, an elegant and quietly moving chamber piece, sits somewhere between youth and old age, capturing the “comfort” and yearning for excitement that comes from long term cohabitation.

Peter (Sam Waterston) is a writer, currently working on a biography of Diane (Elaine Stritch), while her daughter Lane (Mia Farrow), remains traumatised by having shot her abusive step-father as a child and resentful towards her tactless mother. She is also in unrequited love with Peter, but Peter is infatuated with the married Stephanie (Dianne Wiest), who has been flirting with him all summer at Lane’s Vermont home. Meanwhile, the melancholy Howard holds a hopeless torch for Lane. On paper, the setup is more farce than tragedy, and the convoluted relationships prove tricky to navigate in September’s early scenes. Where the naturalistic dialogue is initially opaque, a second-act black out ironically illuminates this web of emotional entanglements with clarity.

As Stephanie, Wiest is outstanding. Stephanie is emotionally more robust than Lane and less naive than Peter, and as longing, regret, and pained kindness play across her face, Wiest transforms the conflict between desire and responsibility into something approaching poetry. Stephanie has been a little cruel, flirting with Peter knowing that her friend Lane is in love with him, but it’s impossible to judge her behaviour as anything other than the unwise actions of a flawed human being in crisis. Equally, Lane’s mother, a seemingly self-centred, inconsiderate boor is rendered painfully vulnerable when, during the blackout, she takes a ouija board and pitifully invokes the spirit of her first husband, begging forgiveness for neglecting their daughter. She waits in vain for a sign, hearing nothing in the dark, empty room.

Coupled with a conversation between Peter and Diane’s husband Lloyd (Jack Warden) about the random nihilism of the universe, one could accuse September of cynicism. But it’s Allen’s gift to extract the humanity from his characters and depict the beauty of their emotional messiness. No character here is flawless, but neither are they monster. Rather, they are like everyone: the unbalanced sum of emotional baggage accumulated over time, and by the film’s close, Allen offers little in the way of resolution, with a cathartic climax that’s bittersweet. September is a difficult, sombre, but above all, truthful portrayal of the everyday sadness of adult life.