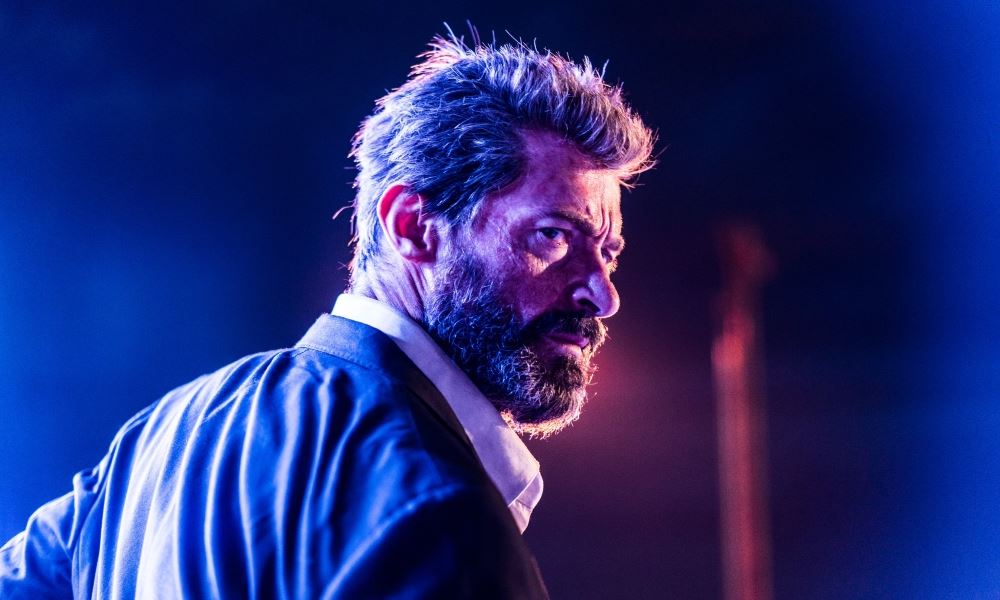 “That which does not kill us makes us stronger.” In both the first and final frames of Logan, Hugh Jackman’s muscled, hirsute Wolverine wakes not alongside a beautiful woman nor at a school for mutants, but from a fitful sleep on the floor of a car. All glory, fame and pride are long gone as he, drunk, weary and seemingly on his very last legs, proceeds to eviscerate a group of gangbangers steeling the rims from the limo he now drives to earn money for self-medicating drugs and booze. It makes for a bold, bruising opening sequence.

To exhibit superhuman qualities a character must first of all display human characteristics: weakness, emotional frailty and vice. Logan has all of these in spades in what is one of the most profound, punishing and politically pertinent comic book movies yet made. The third and final instalment of a trilogy located within the wider X-Men series, it’s a remarkably mature, visceral offering from James Mangold, who previously directed The Wolverine. With its central character completely off the rails and Charles Xavier (Patrick Stewart) apparently off his rocker, confined to a rusting, isolated outcrop on the US/Mexico border, it is the introduction of another individual that instils hope for the two old pals.

They bicker and argue throughout but when Laura (played extraordinarily by newcomer Dafne Keen) enters their lives a sense of the old solidarity and purpose of a quarter century earlier, when the last mutant was believed to have been born, returns. She may be small but underestimate her at your peril. Such is the case for Boyd Holbrook’s Pierce and his band of heavily-tattooed heavies, chasing the young, unassuming whirlwind of terror at the behest of evil doc Xavier Rice (an ever mercurial Richard E. Grant).

Displaying sharp features akin to the eponymous killer-turned-chauffeur, her provenance and galling backstory add real weight to a quest for salvation and safety which proves not all of Logan’s humanity has been lost. Every splice and dice and scream is arresting, Laura more than matching her hulking predecessor for ferocity. Hers is an incredible character superbly well performed. There’s also a refreshing amount of foul language to a script co-written by Mangold, Scott Frank and Michael Green that allows all onscreen to express themselves with the kind of anger and bitterness the plot requires.

Amongst the swearing, past gripes and resentments exhibited by wearying central players there is humour, compassion and a great deal more heart and soul than we have come to expect from the rote, by-the-numbers dialogue of Marvels past. Logan builds to a breathless, emotional climax as Mexican-born, test-tube mutants seek to escape the clutches of American imperialism to flee across the border “where they will be safe.” The poisonous political climate of 2017 and persecution of a 2029 comic book world collide with devastating force.