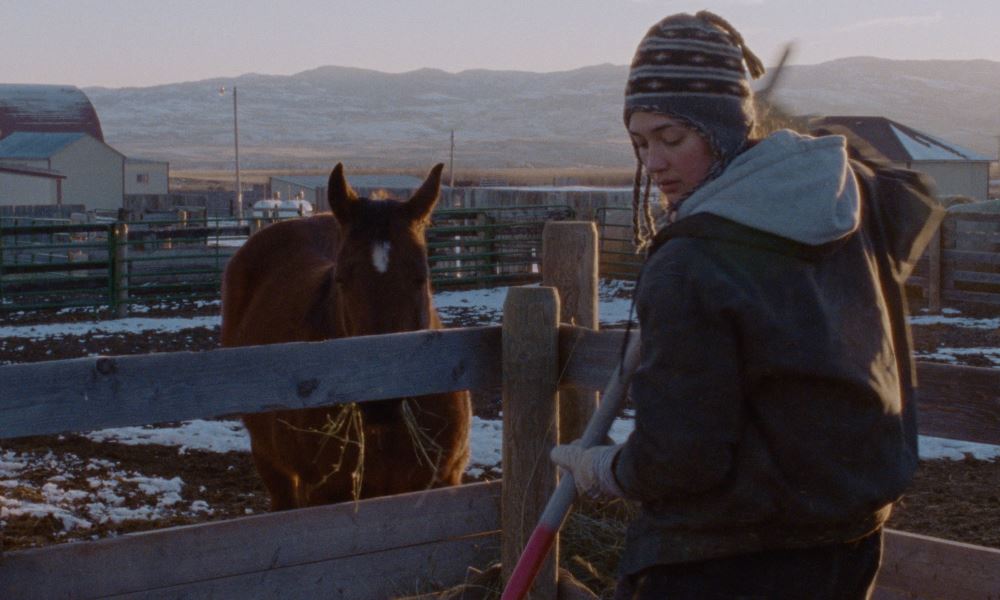 Resilience is often a defining trait of the ordinary people that populate the stark Pacific Northwest in Kelly Reichardt’s enthralling elliptical narratives. There may rarely be melodramatic adversity to overcome – her most recent film Night Moves was the closest she’s come to fully dipping a toe in genre waters – but just to keep on keeping on is a daily struggle. Her latest effort Certain Women is a deft masterclass in humane open-ended observation, crafting subtle portraits of three Montana women overlooked and hardy in their own individual ways.

The title suggests that this is just a random selection from a far greater pool of female stories that could just as easily have been chosen – and would equally have warranted inclusion. As such, Reichardt’s natural resistance to spectacle perfectly suits the material, allowing the breathing space for quotidian stories about small sacrifices, compromises and disappointments. This is not just the difficulty of surviving life, but surviving rural life as a woman. The connection between the three characters is primarily geographical – their lives overlap in minor, arbitrary ways – but also each narrative involves a failed relationship that ends with the protagonist observing the other person at a disconnect, through a window pane, mournful of their respective isolation.

Laura Dern, Lily Gladstone, and Reichardt regular Michelle Williams play the three women, whose lives are taken from the pages of Maile Meloy’s anthology Both Ways Is the Only Way I Want It. They all play independent women who find themselves marginalised in some way or other. “It would be lovely to think,” sighs small-town lawyer, Laura (Dern), “if I were a man I could explain the law and people would say ‘OK’. It would be so restful.” Her client Mr. Fuller (Jared Harris) is a case in point, finally when accepting the opinion that Laura has been giving him for months when it’s offered by a male associate. Gina (Williams) struggles with a similar condescension when elderly neighbour Albert (Rene Auberjonois) ignores her in favour of discussing the sale of sandstone with her husband (James Le Gros).

He actually proves to be utterly unhelpful, much like the ineffectual policemen when Mr. Fuller takes a hostage and demands to see Laura in what is probably the most low-key hostage sequence in film history. Still, both women end up feeling some semblance of guilt towards the men who have slighted them, Laura for the helplessness of her client’s situation and Gina for the pressure applied to the forgetful Albert to secure the stone for their authentic country home. Both performances are beautifully nuanced, anger and pain and fatigue all lying just beneath the surface. The final story is the most nakedly emotional, in which a young ranch hand (Gladstone) strikes up a tender and awkward friendship with a law graduate, Beth (Kristen Stewart), whose doing a gruelling eight-hour round trip twice a week to teach an evening class in a small town.

Gladstone is a picture of yearning, only stumbling upon the class because she saw people entering the school building at night and had nothing better to do than follow. She eagerly awaits Beth’s visits and one evening takes one of the horses to class in a poignant, sweet gesture. Her character is the one whose visible longing acts as a stand-in for the reserve communicated by the other two, more experienced and world-weary women. A tearful drive home is the most overtly heart-breaking amongst a raft of quieter moments in a rich and lyrical work.