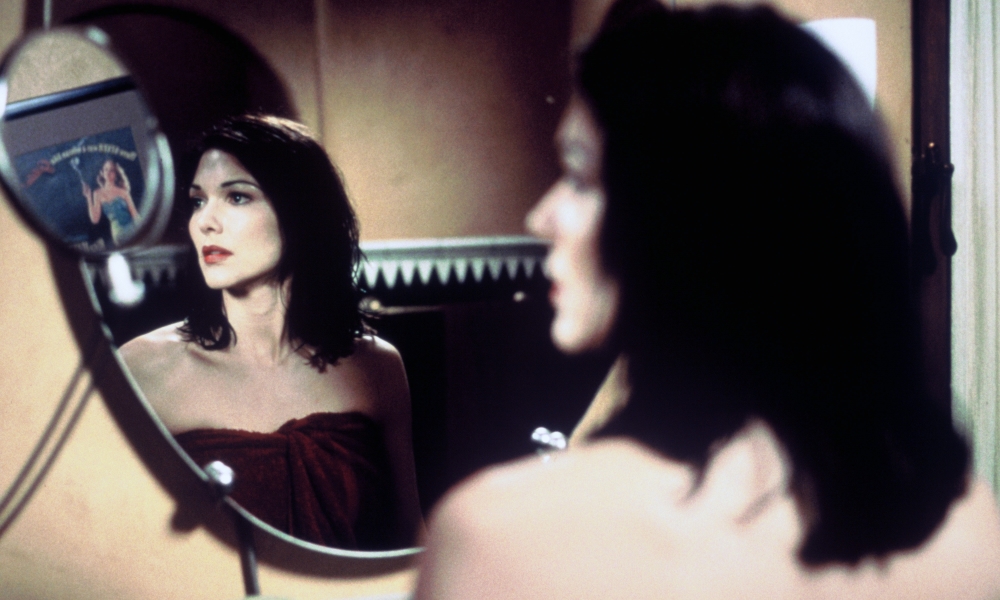 Diane Selwyn from Deep River, Canada finds herself in Deep Trouble, USA. Arriving at Los Angeles International Airport as Betty Elms, she is sunny in disposition, charming, a touch naïve and hopeful for days ahead. Betty/Diane is the hungry-for-success type you saw singing and dancing on the hood of their car in the grand opening of Damien Chazelle’s La La Land. She ends her journey feeling suicidal, rejected by the object of her intense desire and forced to act through extreme emotional conflict. In death she resembles a Francis Bacon painting.

Abstract expressionism is precisely the mood at work in Mulholland Drive. Imagine falling into a Mark Rothko painting. Lynch’s 2001 gothic noir tale’s image textures, low-key lighting style and haunting ambience are at once beautiful to behold and profoundly strange. The film also draws upon the tragic story of Elizabeth Short, too. The girl who became famous as the ultimate femme fatale figure: the Black Dahlia. On the morning of 15 January 1947, the body of a wannabe starlet was found on an empty lot in Hancock Park, a quiet middle-class neighbourhood.

The girl resembled a shop mannequin. She had been bisected, completely drained of blood and severely mutilated. It’s no coincidence Lynch decided on ‘Betty’ for Diane’s fantasy projection of herself. Mulholland Drive is very much a companion piece to 1997’s Lost Highway (Peter Deming lensed both). Each film features wounded lovers mentally collapsing and taking revenge against their other halves. Betty/Diane is a bit-part actress romantically and sexually involved with star Camilla Rhodes (Laura Elena Harring) and crushed to pieces when she is cast aside.

Lost Highway saw saxophonist Fred Madison’s marriage collapsing followed quickly by his mental state. Much has been of Mulholland Drive and Lost Highway’s narrative obfuscation, hairpin surreal twists, exceedingly weird scenes which, in mainstream terms, don’t make a lick of sense. But that’s bunkum. Lynch was presumably having a laugh when he produced a set of ‘clues’ to help audiences get their heads around Mulholland Drive’s plot. One of them reads: ‘Notice appearances of the red lamp’. Lost Highway was a flop on release, so few cared enough to ‘solve’ its mysteries. Yet to obsess over every single detail is to miss the woods for the trees.

Attempting to connect all the dots, as if they will form a coherent and satisfying whole is superfluous, a redundant pursuit. That’s not what surrealists like Lynch are about or in it for. Mulholland Drive is arguably the greatest picture ever made about unrequited love and broken ambition. Emotionally shattering and often freakishly unsettling – the hobo-monster hiding behind the diner sequence is among the best jump-scares in screen history – the film, newly presented in a 4k restoration digital transfer, is fronted by an electrifying performance from Watts, which ranks alongside Sheryl Lee’s Laura Palmer in Twin Peaks: Fire Walk with Me.