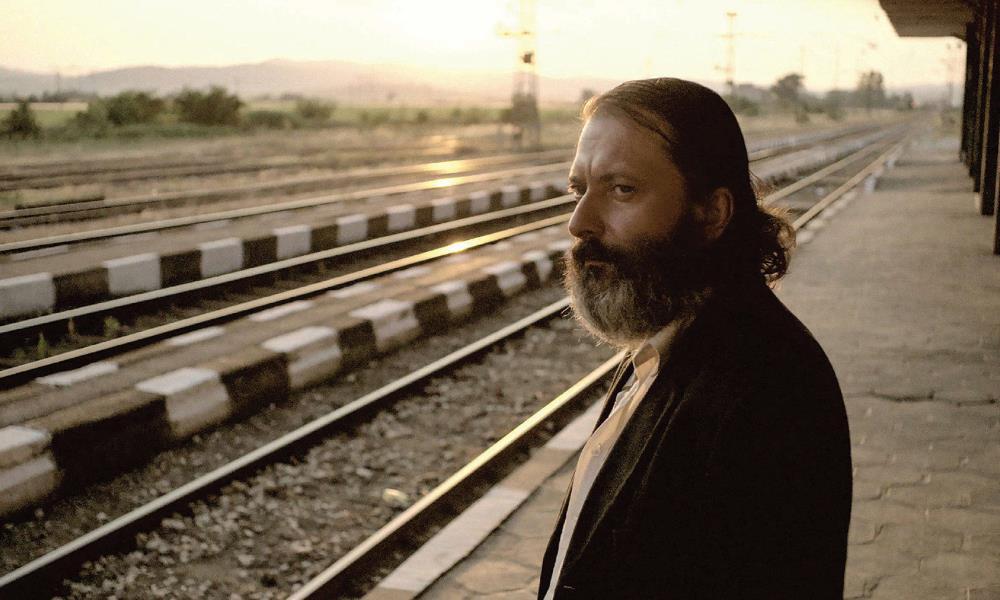 What would you do if you discovered a pile of cash and there was no one watching? In a consumer-driven society, it’s fair to assume most people would pocket the money and run, but not Tzanko (Denolyubov), the hero of Kristina Grozeva and Petar Valchanov’s Glory.

On discovering the cash, railway worker Tzanko, decides to call the authorities and hand it over. This surprising act of honesty is motivated by a deep seated anger at the corruption he witness on daily basis; be it the reports of financial impropriety by the government, or his fellow workers siphoning fuel to sell on the black market. However, he struggles to voice these concerns due to a severe stutter; but it doesn’t prevent him from becoming an unlikely celebrity, with ruthless PR manager, Julia (Gosheva) pouncing on his story to cover-up the negative press surrounding the Ministry of Transportation.

Tzanko’s speech impediment means Denolyubov is given little in the way of dialogue, but he remains a commanding screen presence throughout; his feral looking beard and long unkempt hair framing expressive eyes that register a deeply felt disenfranchisement. Meanwhile Gosheva, who’s seen either glued to her phone or shouting at one of her subordinates, excels as the film’s morally corrupt antagonist, personifying the cold, callous mentality necessary to defend the immoral acts of a crooked government.

The film’s premise is one that’s been used countless times before, to varying degrees of success, but that doesn’t stop Grozeva and Valchanov extracting every last drop of drama from it. The conflict comes by juxtaposing Tzanko and Julia’s disparate lives and, when the pair finally meet at a press conference in Sofia, organised to award Tzanko with a brand new digital watch, the film’s bubbling social critique ignites. Before being presented with his award, Julia asks Tzanko to remove his old Soviet wristwatch (the ‘Glory’ of the film’s title). It was a gift from his father and Tzanko is reluctant to part with it, but Julia insists she’ll return it to him once the press conference if over. Predictably, she forgets, losing the watch in the process. She tries to placate Tzanko by replacing it, but he won’t back down, with the analogue timepiece more than just a cherished heirloom, but a symbol of his adherence to a high moral code and a memento from a bygone era when people treated each other with respect.

It feels incongruous to claim that Glory is a funny, what with its focus on institutional corruption and the constant threat of violence in a society unaccustomed to the competitiveness of a market economy, but it is, with Tzanko’s predicament approached with an unlikely sense of humour. Littered with amusing set-pieces involving bumbling state functionaries, the film’s comedy is executed with a flair for comic timing, yet there’s no escaping the ensuing laughter is tinged with a heavy sense of apprehension due to the inevitable violence that follows.

Expertly lensed by Krum Rodriguez, and crisply edited by Valchanov, the film’s blunt social criticism is gradually sharpened by the directing duo’s fluid approach to storytelling, allowing the film to slowly saw away at those creeping doubts about the true extent of the corruption playing out on the political stage. A highly accomplished genre piece, Glory is a thrilling film that understands how difficult it is to maintain your humanity in a society when individual aspiration is put above all else.