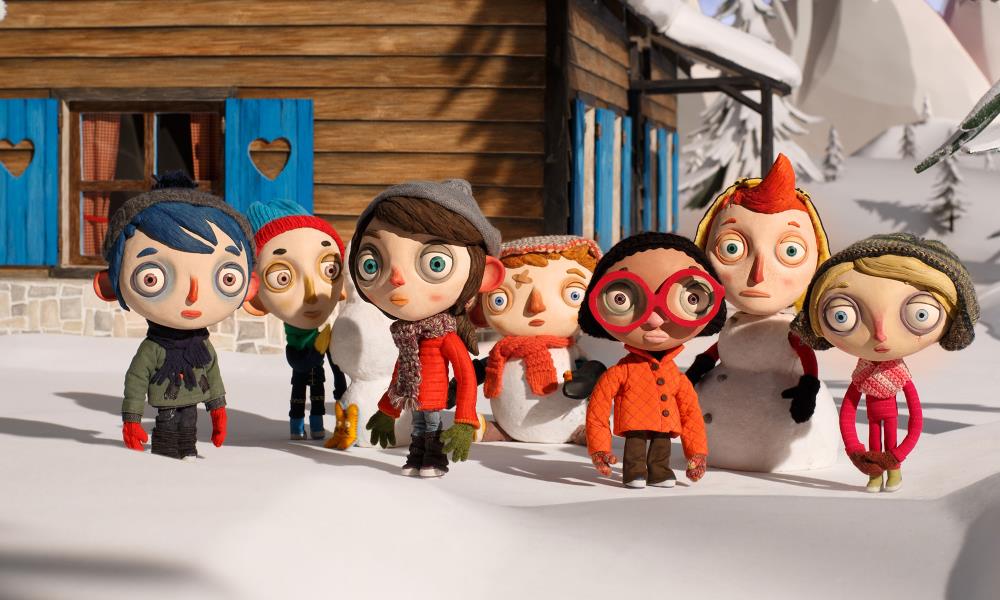 First shown at last year’s Cannes Film Festival, where it screened to acclaim as part of the Directors’ Fortnight selection, My Life as a Courgette is a tender, funny and wise-beyond-its-years stop-motion animation that takes on tough subject matter through the eyes of a child.

Nine-year-old Icare (Gaspard Schlatter) is placed into an orphanage after accidentally killing his alcoholic mother in a momentary act of self-defence. The transition is difficult on Icare – nicknamed ‘Courgette’ – at first, his reserved nature attracting unwanted attention from bully Simon (Romy Beckman), who has proclaimed himself as the leader of the other children. But as time passes, Courgette and Simon – in addition to the other kids – develop a deep-rooted bond through their similarly rough pasts.

The script for My Life is a Courgette comes from Celine Sciamma, the French director of Girlhood and Tomboy. Her adaptation of Gilles Barras’ source material isn’t as dark as the book itself, but doesn’t sugar coat the tragic circumstances with which Courgette and the other kids found themselves living in the orphanage either. It’s frank and remarkably adult, particularly the opening sequence that depicts the freak accident that takes Courgette into unfamiliar territory. His initial fears slowly slip away, still present but replaced for the most part by newfound friendships – he develops a lovely bond with a policeman who becomes a pseudo-parent-come-confidant in his time of need – and even a romance. Courgette’s internal – and external – maturation is believable, coming from a place of truth that Sciamma does so well.

The stop-motion animation style suits the material down to a tee. The designs of the characters are quirky, each their own, crafted in a way that bears the individual personalities as much as the baggage they carry around with them. Even the colours, which brighten as the film progresses, are reflective of the emotions, like a cloud lifting in time over Courgette’s shoulders thanks to the new friends he’s made and coping mechanisms he puts into place to make the most of things.

All this clocks it at less than 70 minutes, which is a rarity for a film so piercing with raw emotion. There’s humour, too, though, in many of the exploits that allow Courgette to escape from his demons long enough to have some fun and carry out typical childish pranks. It’s a particularly well-paced film, the balance between light and dark charming and discomfiting in equal measure.