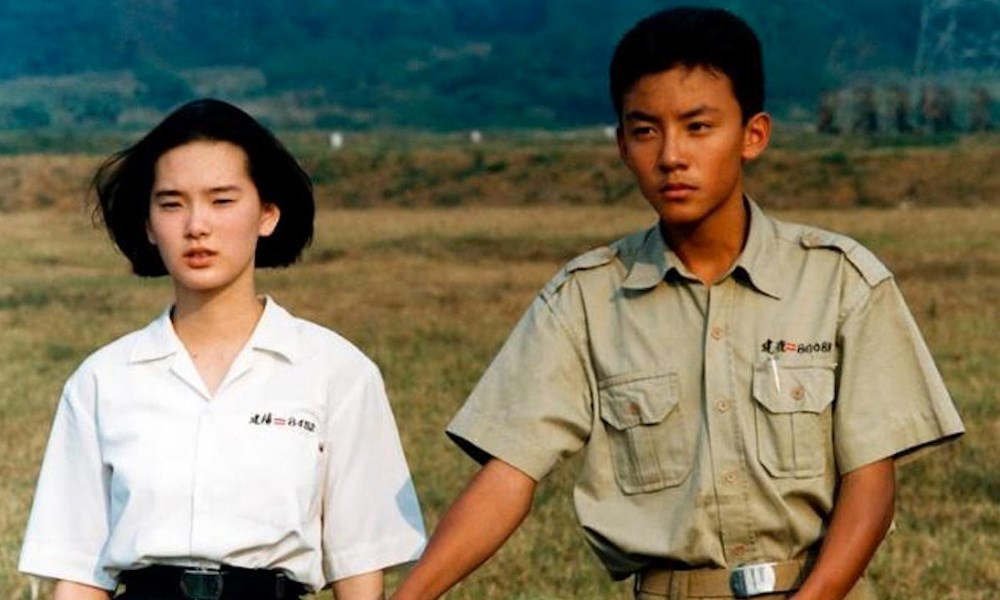 Unreleased in the West since its 1991 release, Edward Yang’s historical epic A Brighter Summer Day is finally available through the Criterion Collection. This gorgeous, stately and moving landmark in Taiwanese filmmaking has undoubtedly been worth the wait.

Firmly rooted in the political context of its 1961 Taiwan setting, and at an uncompromising 4-hour running time, A Brighter Summer Day is not for the faint-hearted, yet its rewards are manifold. Set following the post-war exodus of Chinese citizens from their home-country’s Communist regime, the film’s epic scale and political context belies its intimate story.

Xiao S’ir (Chen Chang) is a top student, but following a recent drop in grades, has recently been downgraded from his prestigious local ‘Day’ school to the ‘Night’ school, where his father fears both the social stigma and the corrupting influence of the youth gangs that run wild through the streets. The gang S’ir is closest to, the Little Park boys, is missing its leader, Honey (Hung-Ming Lin), who is in hiding. Meanwhile, rival gang the 217s circle the weakened Little Park, and Honey’s girlfriend, Ming (Lisa Yang), secretly cavorts with whoever takes an interest in her, most lately Si’r, much to the chagrin of Honey’s nasty but feckless lieutenants.

As S’ir grows closer to Ming, Honey comes returns in one of the film’s stand-out scenes. But at the halfway mark, Little Park and the 217s’ rivalry comes to a head with two vicious set pieces. Perhaps the most obvious point of reference for Western audiences is The Godfather, and certainly both films deal with crime, corruption and family drama on a grand scale. But where The Godfather styles itself as a foundational American fable, A Brighter Summer Day is faultlessly grounded in the mundanity of everyday life, set against the backdrop of the profound social change of Taiwan.

Though both Francis Ford Coppola and Yang’s films chart the gradual corruption of an innocent, S’ir’s journey is firmly rooted in adolescent aping of the grown up bad guys. S’ir’s friends’ adulation of American rock and roll – the film’s title is a misquotation of an Elvis song – and their wielding of Japanese samurai swords speak of a grasping for identity, a piecemeal culture that fills the vaccuum of a feeling of not-belonging. A Brighter Summer Day is potentially an intimidating prospect, and its slow pace is potentially off-putting, with the epic run time not translating into conventional narrative sweep.

Nevertheless, Chen’s central performance is consistently gripping, and despite S’ir’s spiral towards perdition, remains painfully sympathetic until his final, unhinged act. A late product of the New Taiwanese Cinema, A Brighter Summer Day is an enormous canvas on to which Yang paints a vividly detailed picture of cultural alienation, aspiration, and corruption.