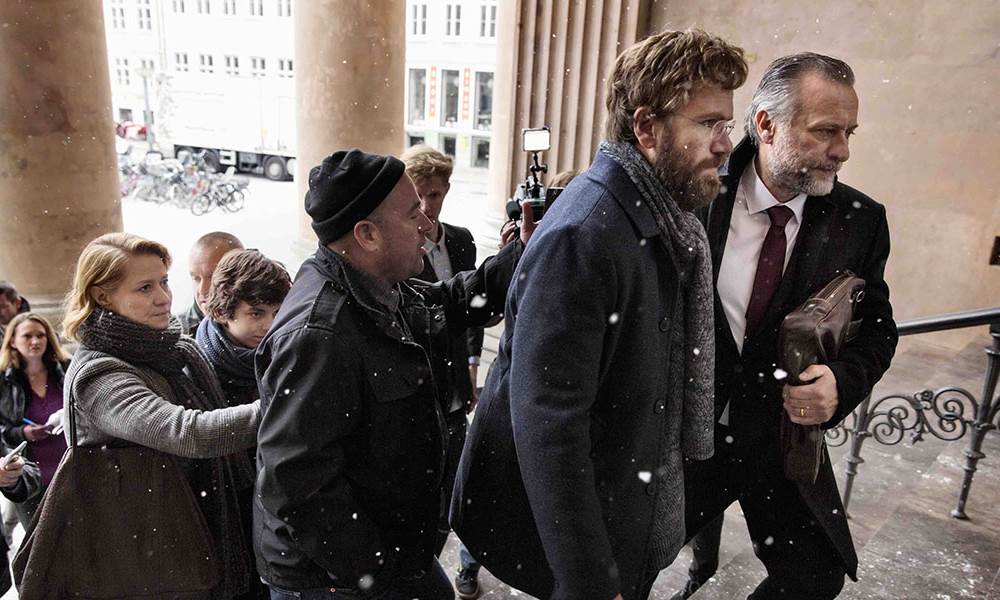 Based on a novel by Christian Jungersen, Danish director Peter Schønau Fog’s second feature You Disappear is an intriguing, if not wholly satisfying, family melodrama, buoyed up by decent central performances and an unsentimental directness.

Following an epileptic fit, Frederik (Nikolaj Lie Kaas) is diagnosed with a brain tumour. Though the prognosis is not terminal, Frederik, his wife, Mia (Trine Dyrholm), and their son, Niklas (Sofus Rønnov), are told to expect mood swings, a loss of impulse control and a lack of interest in other people until he is cured. Unfortunately, Frederik’s impulsive behaviour leads him to embezzle millions of Danish Kroner from the private school where he works. When he is taken to court, Mia admits to the surprise of the jury that his altered behaviour has led to the best three years of their marriage. Dividing itself between the court case and the beginning and end of Frederik’s illness, Fog’s screenplay uses non-linear narrative to play tricks with memory and its part in the construction of self identity.

Joining a support group for the spouses of brain-damaged patients, Mia meets lawyer Bernard (Michael Nyqvist), both of whom find comfort in the notion that identity is not a fixed constant, but something mutable, like a jigsaw puzzle whose pieces can be moved around and replaced. You Disappear uses Mia and Bernard’s predicaments to explore debates around free will and the self. Unfortunately, the film never fully transforms from the literary into the cinematic, Mia’s endless narration holds our hand through themes that more confident direction might have shown rather than told, and the lethargic cinematography, particularly in the repetitious courtroom scenes, invariably begins to grate. Fog aims for the metaphysics of Bergman’s Persona, but lands somewhere closer to the A-Level philosophy of the Wachowskis.

Saving the workmanlike direction and philosophising is Dyrholm, who gives a pained and deeply sympathetic performance as Mia. Her inevitable affair with Nyqvist’s Bernard – both reaching out for tenderness and comfort – is ill-advised but entirely understandable. Rønnov’s performance as teenage son Niklas is surprisingly moving, too, seeing his own developing sense of self darkly inverted in his father’s regression from responsible adult to impulsive man-child. Though the film’s final act drags itself out in service of an unnecessary and wholly predictable twist, Fog elicits consistently affecting performances from his leads. And though Mia’s philosophical narration is often clunky, its existential conceit – that our experience of a unified, singular self is a psychological illusion – is undeniably compelling.