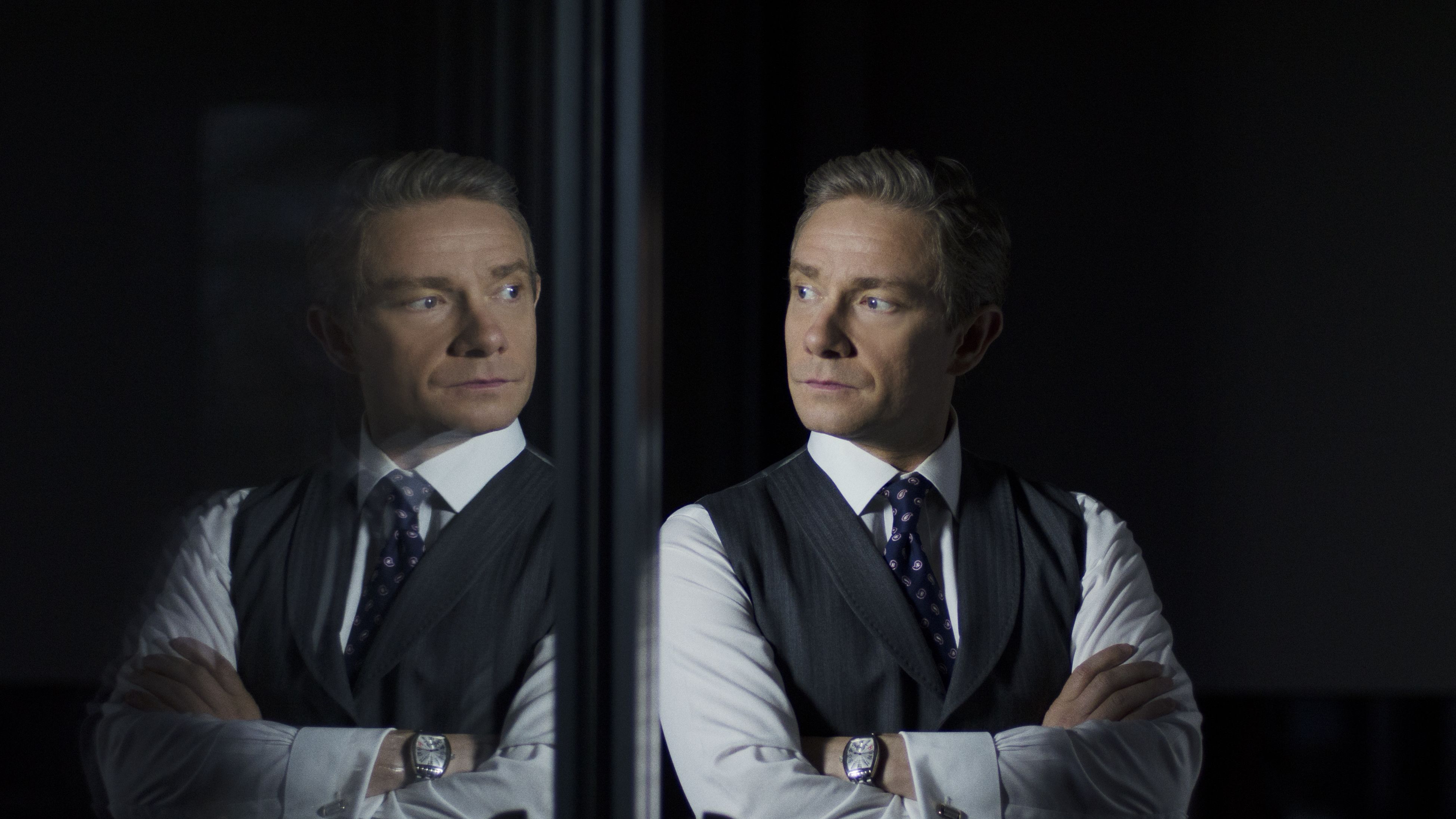 The League of Gentlemen’s Jeremy Dyson and Andy Nyman rework their Olivier-nominated Ghost Stories for the screen, delivering an insidiously spooky homage to Hammer horror, Tigon terror and the portmanteaus of Amicus.

Professor Phillip Goodman (Nyman) is a ghostbuster working for a television show called Psychic Cheats. He’s a bit like the UK’s answer to American magician and bullshit detector, James Randi. He goes around the cities and towns of England interrupting live stage shows by charlatans posing as mediums, with evidence of their criminality and deception. As Goodman explains in an introductory voiceover, the supernatural is humanity’s folkloric response to the existential terror of the big sleep. “We have to be very careful what we believe in,” the investigator wisely cautions.

The mechanics of the screen fright demands absolute precision for maximum effect and there is a lot to admire in how Dyson and Nyman go about staging chills and thrills. While there are classic jump-scares along the way, Ghost Stories is far more rewarding when opting for creeping fear and spine-tingling suggestion, the kind that provokes nervous laughs and the eyes to squint tightly in expectation of a primo jolt (one that may or may not be delivered). One scene involving an old bed and frilly pillow, from a distance in torchlight it looks like an old woman in a bonnet sat upright, is positively nerve-shredding. The sound design (creepy voices, groans and moans, the sound of wind on wild moorland) and use of silence is equally effective.

Too many horror directors are unskilled in use of silence as a tool to unsettle, as if no sound is somehow boring. Yet Dyson and Nyman recognise its glorious potential to provoke clammy palms and the hairs to raise on the back of the neck like composers lifting a baton to the awaiting orchestra. The duo (sharing directing and screenwriting responsibilities) are also keen observers of British social mores and the penchant for casual racism in everyday speech and attitude. The film captures provincial England in all its drab glory, though is never mocking. Working-class Tony (Paul Whitehouse) isn’t a fan of immigration, posh businessman Mike Priddle (Martin Freeman) makes hypocritical comments about Jews being obsessed with money and a scene involving school bullies focuses on childish racist taunts.

Ghost stories, after all, are grounded in reflections on social concerns, dynamics and prejudice. They are imaginative manifestations riffing on collective and personal histories. Haunted houses, for example, are often disguised looks at class conflict. Others can be rooted in repressed events, guilt or deep-rooted shame. Dyson and Nyman draw upon their shared Jewish heritage and with anti-Semitism on the rise again in the UK, Ghost Stories is uncomfortably timely, reminding us the haunted past is always haunting the present.