Molly’s Game and the evolution of poker on screen 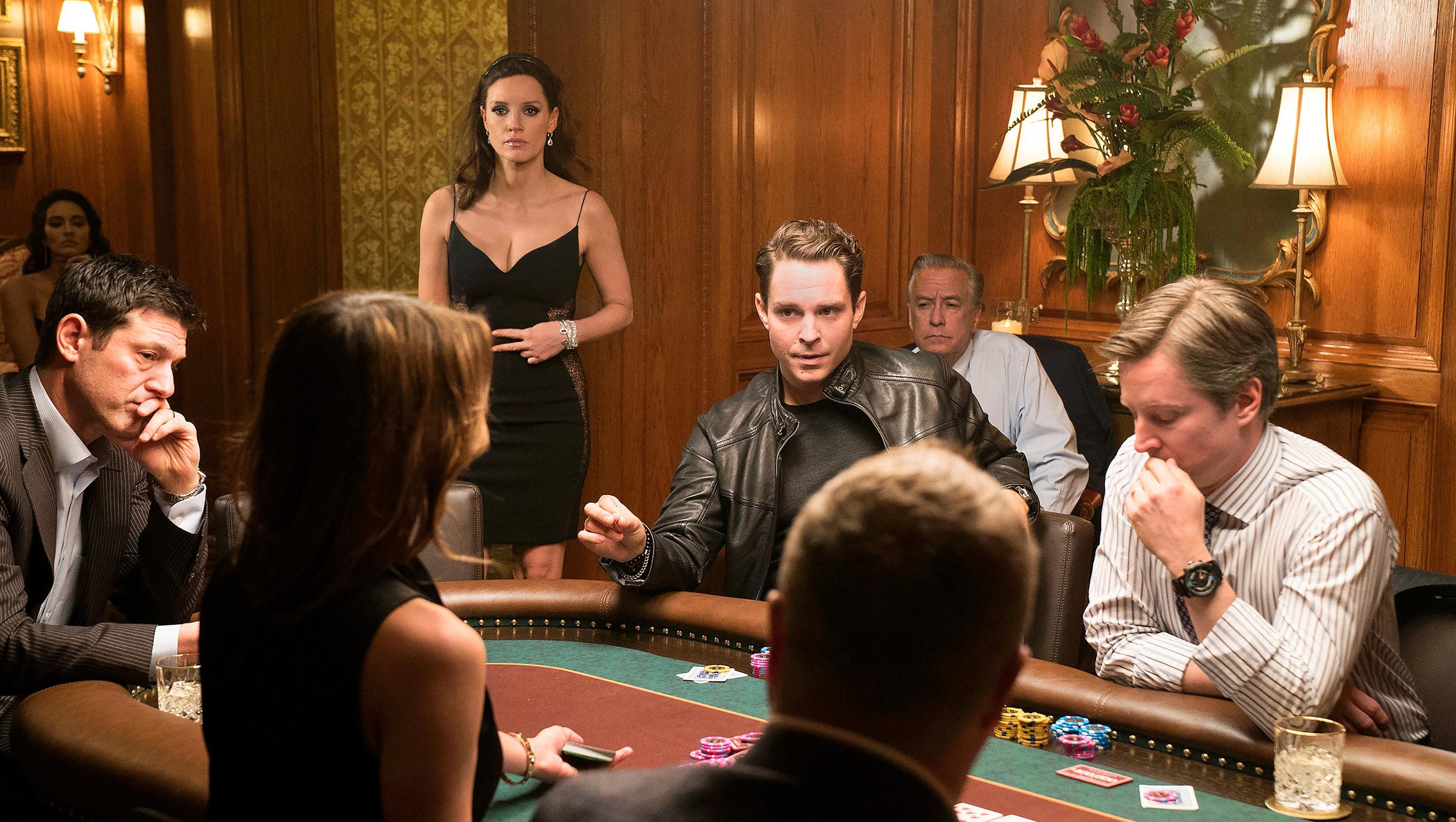 While poker may have started out as a rough and ready card game played on the frontier of the American West – or on Mississippi paddle steamers out of New Orleans depending on which historical account you read – the game has now transformed into a glamorous, high stakes global force.

And from James Bond in Casino Royale to the broke students in cult film Rounders, the poker movie has managed to become a genre in itself, complementing other casino movies and paying homage to the game. Now, there are a whole host of cult classics and box office smashes that are based around poker, as well as a couple in the pipeline including a dramatisation of the life of Molly Bloom, one of underground poker’s biggest names.

There’s something about poker that gives it an advantage over other casino games, whether it’s the amounts of money that can be won or the argument that it takes skill as well as luck to be successful. Those factors, mixed with the rollercoaster nature of the game and the possibility that players who are on the brink of defeat can turn it around at the last second, make for drama that is perfect for the movies.

From the table to the screen
It took about 100 years after the birth of poker in the 1830s to see one of the first movies featuring poker. It was the 1931 movie Smart Money, starring Edward G. Robinson and James Cagney. The plot surrounded illegal, yet exciting, games of backroom poker that were popular at the time. The whole movie does a great job of capturing the underhanded nature of what gambling used to be like, with plenty of double-crossing and the threat of jail always around the corner for high stakes poker players (improve your chances of winning with poker bonuses at Bonus Insider).

Although there were a few gambling films released in the 1940s and 50s, it was 1965 hit The Cincinnati Kid that was a real game-changer. Starring the iconic Steve McQueen, The Cincinnati Kid is totally focused on the poker itself, with the character-driven plot almost an accompaniment to the real drama taking place on the tables. The film has everything, from a mortal enemy to a damsel in distress, as well as plenty of shots of McQueen looking as cool as hell while racking up the chips. If there was a film that helped poker to become the glamorous game it is today, then the Cincinnati Kid could lay claim. If it wasn’t for McQueen’s electric performance, the incredible final hand and the dark, sinister yet highly attractive imagery used throughout the movie, we might not see as many poker films today.

Another key poker movie that did a lot to take the game into the mainstream was Rounders. Starring Matt Damon, who is a poker fanatic in real life, and Edward Norton, Rounders sees an everyman college student enter into the world of underground poker after a few successful games on the circuit. After some narrow misses and big defeat, he finally goes head to head with an arch-criminal and poker mastermind played by the menacing John Malkovich. Rounders wasn’t a huge movie at the time but has steadily become a cult classic over the years, creating many poker fans in the process. In fact, many online poker fans attribute Rounders to kicking off their interest in the game.

Empowering audiences
If you fancy getting in on the action and replicating your favourite moments from Rounders, then you can do it easier than ever, online at sites like 888 Poker. With a huge selection of games for all budgets as well as exciting Live Casino featuring real dealers, there’s so much choice and even a mobile app so you can play on the go. You should also check out their interesting piece about the depiction of poker in Hollywood films versus reality.

We’ve also got Ian Fleming to thank for his contributions to the poker film. James Bond is easily one of the coolest characters ever to have been created, spending 50% of his time killing bad guys as a British secret agent and the other 50% drinking, playing poker and seducing women like there’s no tomorrow. The original Casino Royale book had several adaptations, including a wobbly effort starring George Lazenby, but it was 2006’s version starring Daniel Craig that made Bond’s association with poker really memorable.

The entire movie is centred on a high-stakes poker game, with the villain gambling dirty money to return a profit to warlords. Bond obviously wins, but not before he is almost murdered, nearly runs out of money and ‘borrows’ some chips from the failing Felix from the FBI, but not before dramatic final hand that sees James out down a full house to take the pot.

Although it’s been a while since we’ve seen a ‘dedicated’ poker movie, we’re finally getting a brand new poker movie and it looks like it’ll be a big one. In UK cinemas this week, Aaron Sorkin’s Molly’s Game is based on the life of ‘Poker Princess’ Molly Bloom, who organised underground poker games for Hollywood A-listers, politicians, some of the world’s most powerful businessmen, and eventually the Russian mob. Starring Jessica Chastain as Bloom and an all-star cast around her, Molly’s Game may well be the next big poker movie that will kick off the next generation’s interest like Rounders did in the 1990s.