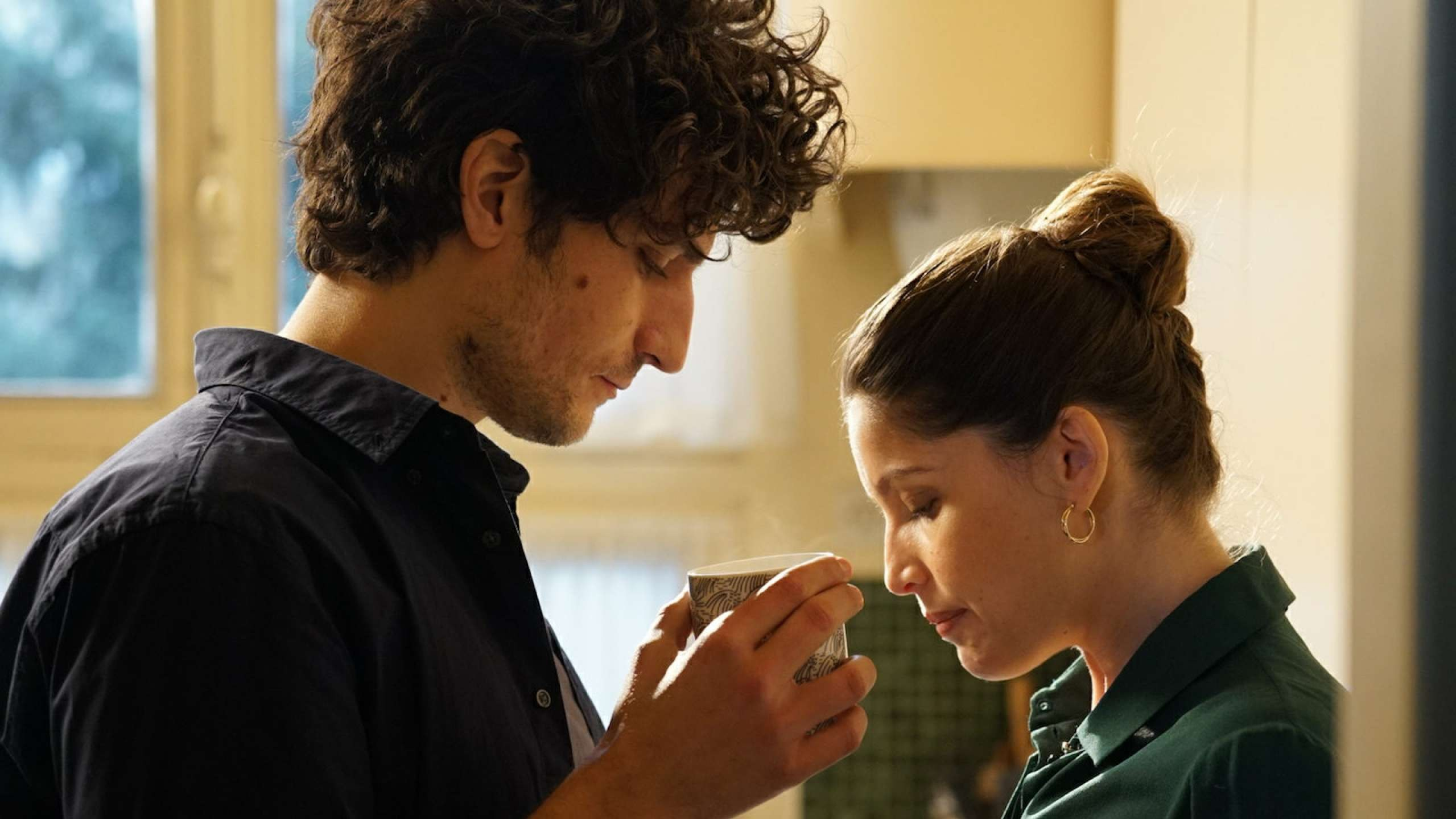 In his Truffaut-esque shaggy-dog love story A Faithful Man, actor turned director Louis Garrel takes an irreverent look at fidelity, power dynamics and fantasy in relationships. When Abel (Garrel) comes home to his lover, Marianne (Laetitia Casta) she confesses to him that she is pregnant.

But before he can react she has a further confession – the baby is not his, but his best friend, Paul’s. Shooting Abel’s face at a flat angle, Garrel hits the beat with deadpan timing, as both a comic and tragic moment. Abel’s dopey reaction hints at only the slightest surprise; he certainly doesn’t seem angry with Paul, even at the news, delivered with more comic timing, that he and Marianne are getting married in a matter of days. He does, however, politely decline Paul’s invitation to attend the wedding.

As it turns out, we are never to meet the man who has cuckolded Abel. Instead, we skip ahead ten years and Paul has died from a sudden heart attack. Abel and Marianne reconnect at the funeral. Also present is Paul’s younger sister, Eva (Lily Rose-Depp), who we learn still harbours a school girl’s crush on Abel. In an inspired flashback sequence, Eva recalls hiding in the back of Abel’s car as a child. She relives the experience imagining herself as a grown woman, before noticing the fantastic absurdity, going over the memory again, this time as a child. This child-like conflation of memory and fantasy is key to Garrel’s comic arrangements as well as to the psychologies of his characters.

Indeed, the only explanation that Abel so readily gets back into a relationship with the woman who broke his heart is that he is as easily led as a child. Ironically, he’s manipulated by Marianne’s precocious son, who took inspiration from the detective films he obsesses over, spins a yarn about his mother poisoning Paul. A Faithful Man may tip its hat to the conventions of film noir – Abel as the patsy, Marianne as the femme fatale – but Garrel’s winking sensibility is far too fun for real darkness. Instead, he gives us a wonderful soufflé of a film – light, airy, and a rare treat.