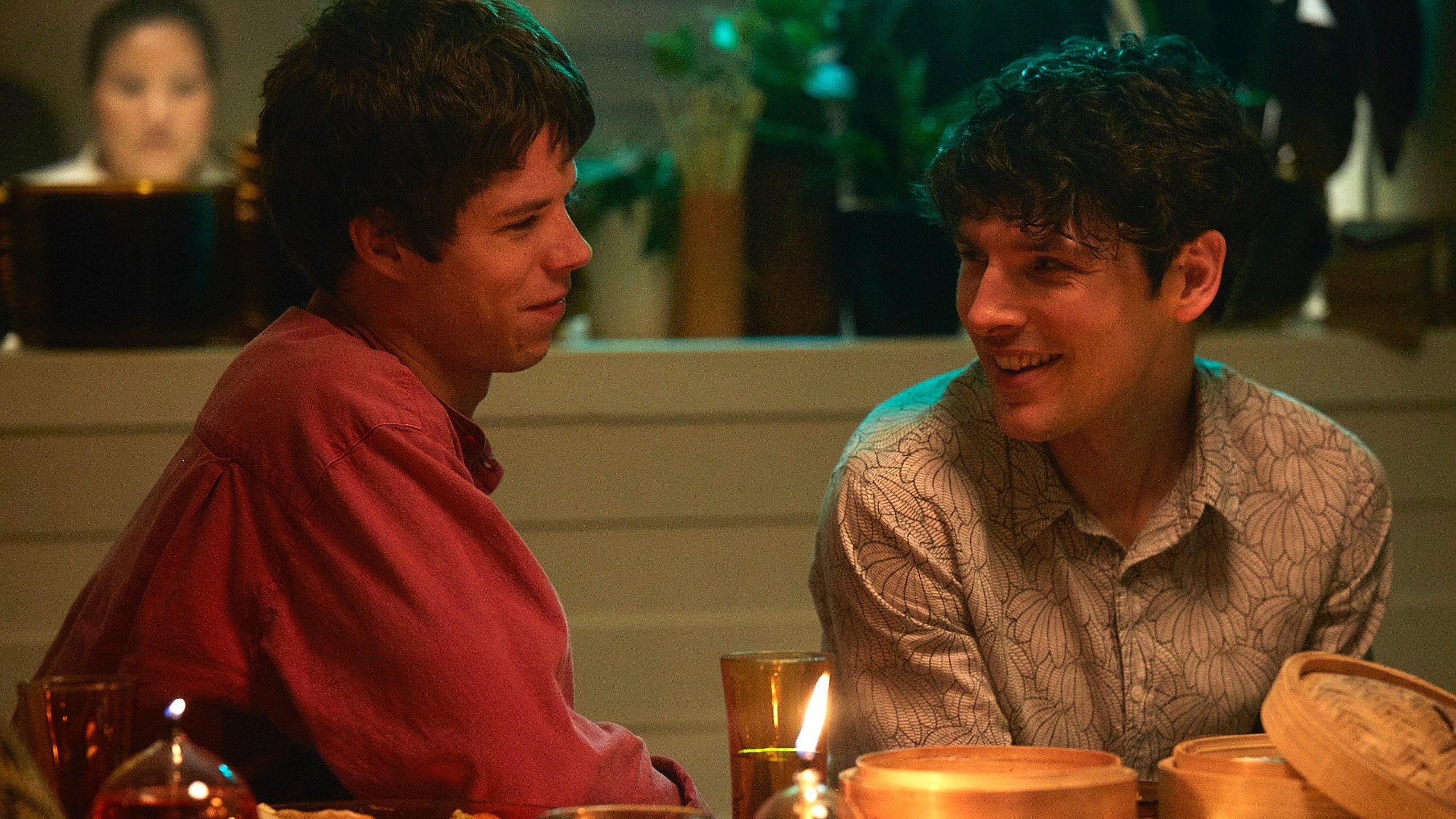 Released in UK cinemas this week, British actor and comedian Simon Amstell’s debut film Benjamin is a charming metropolitan rom-com which is ultimately too lightweight to escape the gravity of its influences.

It’s a daring move to make the main character of your debut movie a writer-director nipple-deep in the media landscape. Colin Morgan plays Benjamin, a filmmaker who is about to release the belated follow-up to a promising first film. It’s a teeteringly pretentious relationship drama and there’s a very real chance that it might not be good at all (again, a bold move, as all the criticisms of the film within a film could be attached to the film without).

Benjamin is a man trapped by his drollery, but he isn’t alone. His best friend Stephen (Joel Fry) is a flailing comedian whose joking-not-joking shtick is getting wearying even for him. These are young creatives trapped by their obsessive over-thinking and irony and the angst ultimately is played out as an inability to fully commit to a relationship. So far, so Manhattan.

Benjamin’s Mariel Hemingway is a young French music student called Noah played by Phénix Brossard, who sings dreamy acoustic pop with on-the-nose emotional lyrics. The age difference isn’t as pronounced as in Woody Allen’s film, but such is the speed of generational separation these days that apparently it is an issue. Not much happens, but a heck of a lot almost does, as Amstell’s script flirts with melodrama, hints at depth and then runs across the road to do something else.

There’s a lot to admire in the film. The cinematography by David Pimm renders London a beautiful setting while never resorting to tourist board gloss. The plush flats, trendy locales and the summery light are mixed in with the night buses and corner shop. And the acting is uniformly excellent, with Morgan giving the lead a witty charisma as if Bernard Black from Black Books had avoided the red wine. And Jessica Raine’s flighty publicist gives the film a welcome jolt of earthy fun.

But there’s just so much in the film that has been done elsewhere that when it grabs for depth, it feels like it’s trying on another tune. There’s the social life of Frances Ha, a lot of golden age Woody Allen, including an obligatory run down a city street, and a piss take of a piece of performance art – called “The Womb” – that was already done in The Big Lebowski among many, many others. There’s an insufferable coziness to having Mark Kermode review Benjamin’s second film with a hefty wink to camera.

As with the protagonist, Benjamin finds it almost impossible to escape its own self-awareness, opting for irony while still striving for sentiment. And yet it isn’t an unlikeable film. In fact, far from it. But it will be good to see what can be achieved once the anxiety of influence has been overcome. Ironically, the second difficult film that defeats Benjamin might be much easier for Amstell.