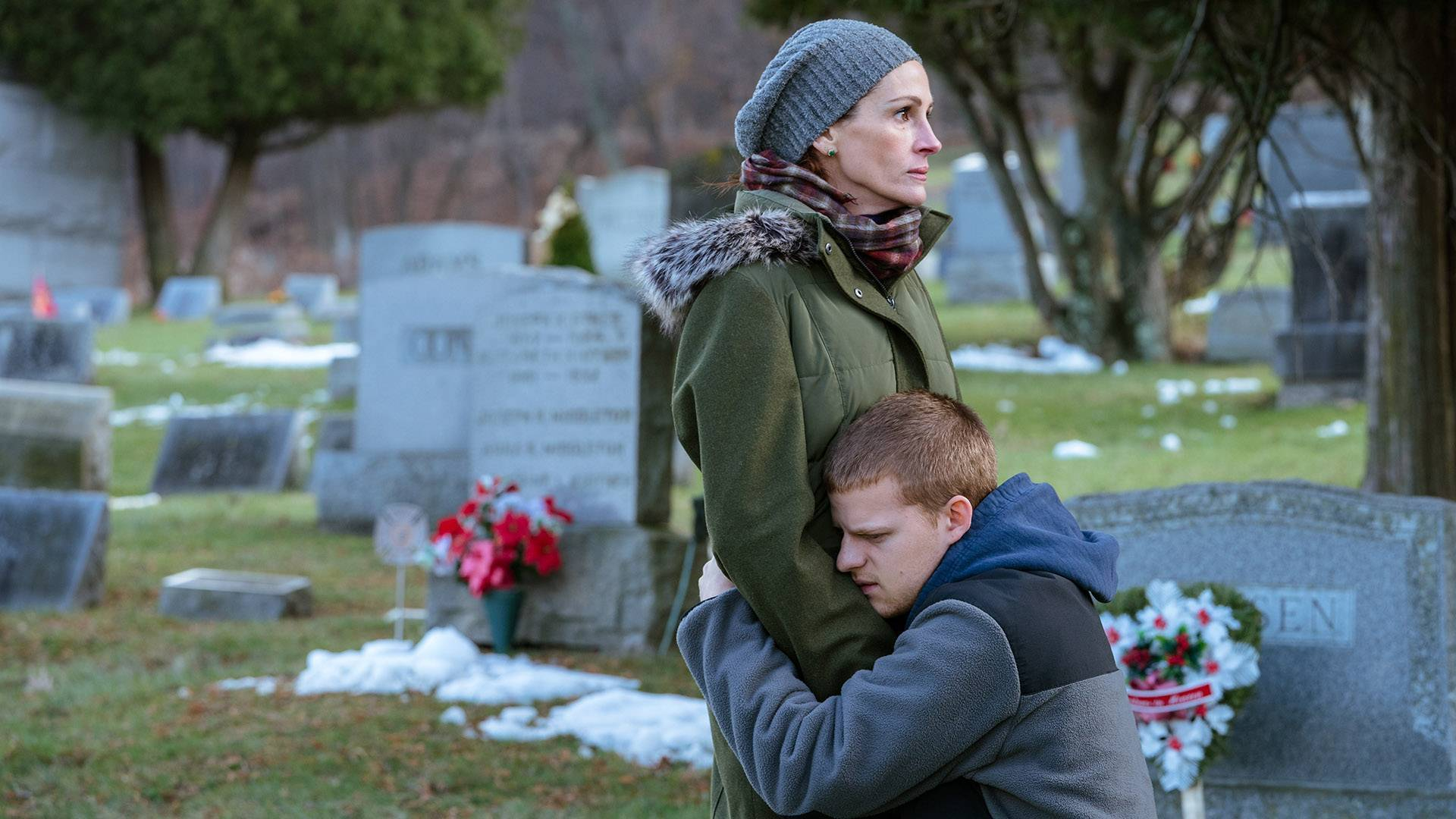 Recalling last year’s First Reformed, Ben Is Back opens with a cross-cut between Holly Burns (Julia Roberts) watching her daughter Ivy (Kathryn Newton) practice in the church choir, and a hooded, vaping figure stalks towards their family home. That figure turns out to be Holly’s son Ben (Lucas Hedges), unexpectedly returning from rehab where here is recovering from a youth misspent abusing drugs.

Writer-director Peter Hedges’ fourth feature is the latest in a recent slew of films about young men dealing with drug addiction, following the well-received Beautiful Boy and Sam Taylor-Johnson’s somewhat misguided A Million Little Pieces. The stars of each of these films – Timothée Chalamet, Aaron Taylor-Johnson and Hedges are all of a type: young, talented, male actors with sensitive on-screen personas. Interesting, too, that in these films about the pain of families falling apart Johnson was directed by his wife, while Hedges’ film was directed by his father.

These films, unsurprisingly, are characterised by a firm focus on the performances – Chalamet and Steve Carell, playing the father in Beautiful Boy, both drew accolades while Johnson clearly gave it his all in a film undeserving of his commitment. In Ben Is Back, Roberts’ preternatural ability to conjure empathy shines through; her chemistry with Hedges is both heartbreaking and exasperating as she turns on a dime from naive belief in her son’s recovery to weariness as she spots the signs that he is once again duping her.

However, while Roberts and Hedges work together to conjure the sense of a loving, fraught relationship, the film itself rarely takes any risks, either from a narrative or visual standpoint. The central contrivance – that one of Ben’s old associates has stolen the family dog, forcing he and Holly to retrace his old crimes to find the pet – does its job at driving the narrative, but its resolution is both familiar and telegraphed from a mile off. The similarly the workmanlike visuals are fine but leave little room for inspiration or insight. Aside from its unremarkable presentation, Ben Is Back’s major hurdle, and the one that it never manages to clear, is that it’s yet another story of a rich, white young man wasting his future.

There’s a brief acknowledgement of this when Ben’s step dad notes that if he was black he’d be in jail by now, but if anything this just serves to highlight the fact that the film only cares about Ben because he’s white and middle-class. There’s little consideration of the circumstances that lead to addiction, or insight into its causes and consequences. Ben is wracked with guilt over the death of his girlfriend, and at one point meets an addict who he is responsible for getting hooked, but the film is only interested in them as props in Ben’s journey. Similarly, our interest in Ben’s addiction hangs on his squandered potential, whereas those who never had a bright future to begin with are relegated to the margins, denied the tragic arc granted Ben.