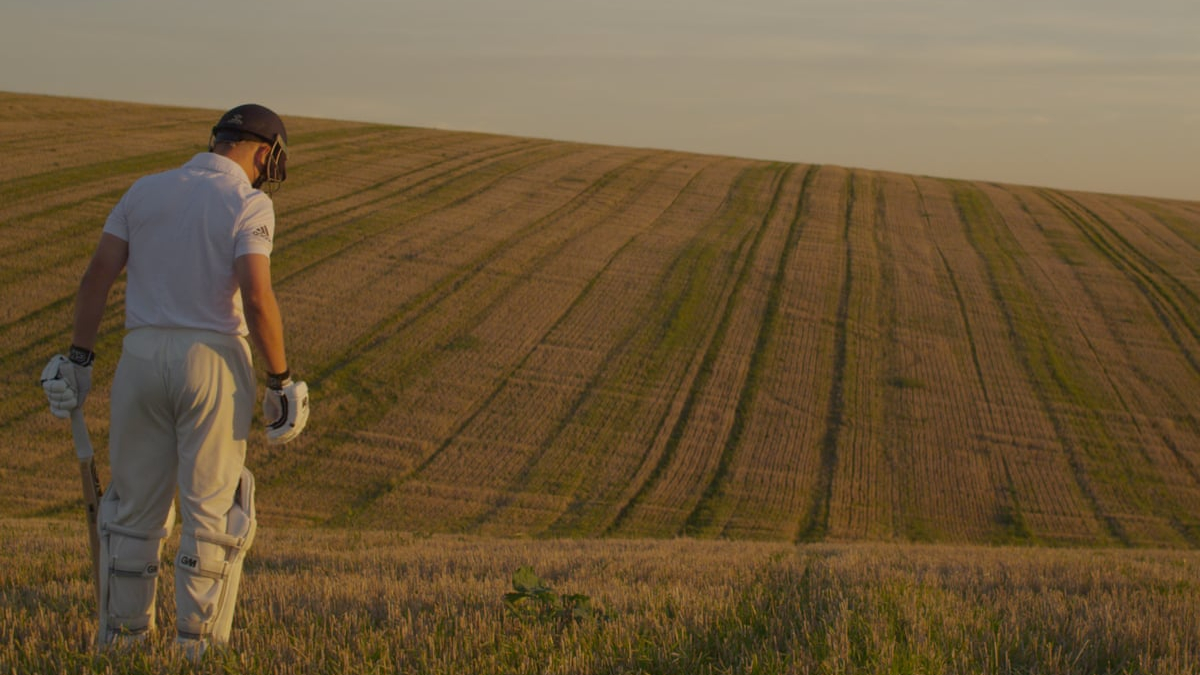 On Sunday evening the world witnessed one of the greatest games of cricket ever played. Central to this match was England’s harmoniously diverse squad made up of an Irish captain, a New Zealand born all-rounder and opening batsman born in South Africa. Yet, even as recent as 2015 at the Cricket World Cup, the team looked a total mess after a devastating defeat to New Zealand, funnily enough.

The flow of self-destruction to resurrection has always existed in English cricket. In specific, Barney Douglas’ new documentary The Edge explores the English Cricket Test team’s trials and success from 2009 until their dramatic fall from grace in 2013. Narrated by Toby Jones, the film is a tight rollercoaster narrative that offers refreshingly bold visuals, honest talking heads interviews, all alongside genuine humane insight into professional athletes’ mental states under pressure.

In 2009, the test team were ranked 7th in the world standings, a rather embarrassing position considering the former glory throughout English cricket since its creation in 1877. To sour the sorry state of affairs, England’s old enemy Australia sat top of the tree as the world’s best team. Requiring a swift change, the team’s then captain Kevin Pietersen was sacked, as well as their head coach. Replacing him was South African born Andrew Strauss and Zimbabwean coach Andy Flower. Both setting the target to become the number one test team within two years, the task seemed an impossible one given no English team before had achieved such a status. Facing the impending Ashes series against the Aussies Down Under, the period the film selects is a historic one for the English game. Under the leadership of these two men and the array of generational talent, the team redefined success on an unparalleled scale.

Opening with a brief montage of the game’s history, all supported by Jones’ clear narration, this sequence forms a strong emotional platform for the documentary to build from. Short and not overbearing, these images reflect cricket’s position as a game that spread primarily through the British Empire, rightly or wrongly. The rivalries and idiosyncrasies that emerge from this, whether it is the soul of the West Indies team or frenzied passion of India, you feel the passion for cricket flow around the world. Further outlining what makes cricket such an unparalleled game, not only in its duration but chiefly in its peculiar reflection of life’s vivid qualities.

By openly engaging with this theme, the film does not shy away from openly discussing fear as a pivotal part of the sport. In rendering elite players, such as Jonathan Trott, as a genuine human being, who suffered from depression and anxiety, it only makes the lows more devastating after emitting such joy at doing what they love. In moments, Trott walking through a wheat field akin to Gladiator, reflecting his inner loneliness, can feel a little too heavy-handed. Yet, its boldness can only be applauded in truly wanting to discuss mental illnesses.

By gaining access to the whole team, all of whom give insightful honest interviews, The Edge firstly works as behind the scenes access into the atmosphere of an elite sports team. Ranging from Sir Alastair Cook to James Anderson, the men are comfortable and forthright in front of the camera. Aside from these interviews, the images range from camcorder footage of spin bowler and changing room joker Graeme Swann vlogging to contemporary TV footage. The multiplicity of images documents the rise of a highly digital age, for better or worse. Still, this collective picture of the team’s rise to the top underlines the emotional highs of operating within an atmosphere determined by success.

To them, winning becomes a necessary drug and without it their lives swiftly become vacuous. Swann’s recorded videos are pivotal in communicating the ecstatic that comes in thrashing opponents, all whilst experienced with a tight bond throughout the team. Although published on the English Cricket Board’s YouTube channel under ‘Swanny’s Video Diary’, the footage when mixed into the edit of the film, along with drone footage of Australia’s famous cricket stadiums, such as Melbourne’s Cricket Ground, crafts an incomparable perspective on test cricket.

Supported by an eclectic soundtrack from Maccbee’s guitarist Felix White (a self-confessed cricket addict and co-host of the BBC’s delightful Tailenders’ Podcast), the music is ambient in places without being overbearing towards any images or interviews. Even when the maverick Kevin Pietersen is reflecting on his downfall after a match against his native South Africa, White’s music never seeks to overdramatise events. Matching the delicate sounds are the aforementioned drone shots of cricket stadiums. Whilst they have become stereotypical of nature documentaries, these shots are deployed in the edit to juxtapose the chaos of wickets, catches and sixes being recorded in archive footage. The end result is a pulsating one when witnessing England face Australia in particular.

The Edge offers a unique gaze into the dizzy heights of greatness. Although specific to cricket, in this case, emotions as fear are universal to us all. After the emotional rollercoaster of Sunday, and continuing this summer of cricket in England, it is a fitting tribute to the sport that the film arrives in such a timely fashion. Cricket, as they say, is coming home.