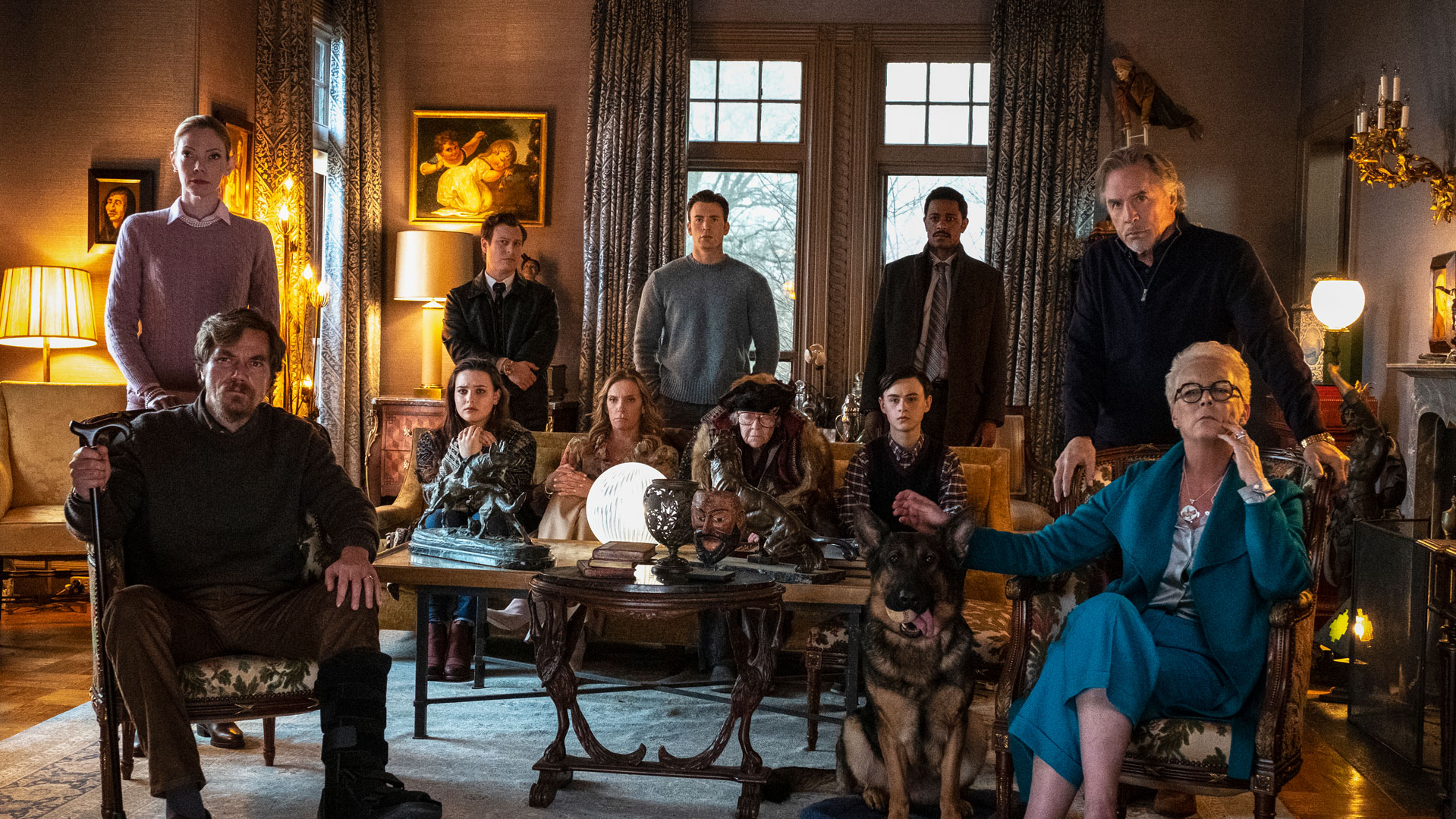 For his fifth feature, Knives Out, American director Rian Johnson returns to the smaller-scale crime fiction that made his name. The result is an impeccably-staged, gripping murder mystery in the vein of Agatha Christie. Harlan Thrombey (Christophe Plummer) is dead, by his own hand it seems. But as we know, things are rarely that simple.

Enter Benoit Blanc (Daniel Craig), a private detective with a wonderfully-hammy Louisiana drawl, as he assembles the expansive, expensive Thrombey family, alongside Harlan’s nurse, Marta (Ana de Armas) and ‘the help’, Fran (Edie Patterson) to find the potential killer. The all-star cast has a whale of a time as Thrombey’s descendants, bickering among themselves, all keen to get their grasping hands on his inheritance, all with the perfect motive for murder.

Cut loose from the insufferable goodness of his recently-retired Captain America, Evans is especially delicious as the nihilistic Ransom, while old hands Jamie Lee Curtis, Toni Collette and Michael Shannon all have fun with their variations on self-satisfied, rich liberals. Meanwhile, Lakeith Stanfield and Noah Segan are hilarious as the hapless cops left in the dust of Blanc’s dizzying investigation.

It’s easy to read Knives Out as a riposte to the toxic abuse Johnson and his cast received after online alt-right trolls weaponised their dissatisfaction with The Last Jedi. Jacob (Jaeden Martell) – the pubescent troll glued to his phone – cheekily baits Johnson’s shrieking detractors, sure to prove especially galling given that he is the least interesting and important of the cast. Among all the expected red herrings, the unexpected twists and the inevitable denouement, a good mystery needs to reveal something other than just the solution to the puzzle.

Johnson’s previous films – Brick, The Brothers Bloom, Looper and even The Last Jedi – are all imperfect, but they work not just because of the director’s innate understanding of genre mechanics, but also his instinct that the yearning for emotional catharsis drives a good mystery. In this, Knives Out – ostensibly a tribute to the mysteries of Agatha Christie, right down the Poirot-esque Benoit Blanc – fundamentally succeeds in its understanding that puzzles and their solutions are fun, but no substitute for emotional tension and release.

As a thriller for the Trump era, Knives Out’s parallels are blatant, right down to Ransom’s (Chris Evans) slicked-back hair and the ostentatious “T” above the Thrombey family’s faux ancestral home. Pitting self-serving manoeuvring against selfless kindness both as narrative conceit and political underpinning is perhaps the film’s smartest move. A good murder mystery needs to make us think we’ve got it sussed, thinking one step ahead of the schemiest of schemers, so inverting the expectation that pure reason must win the day, Johnson finds the humour and the humanity in his puzzle. Left with a doughnut hole at its centre that defies pure logic, the film’s underlying theme of compassion functions as both ideological frameworks and as the driver for a cracking yarn.