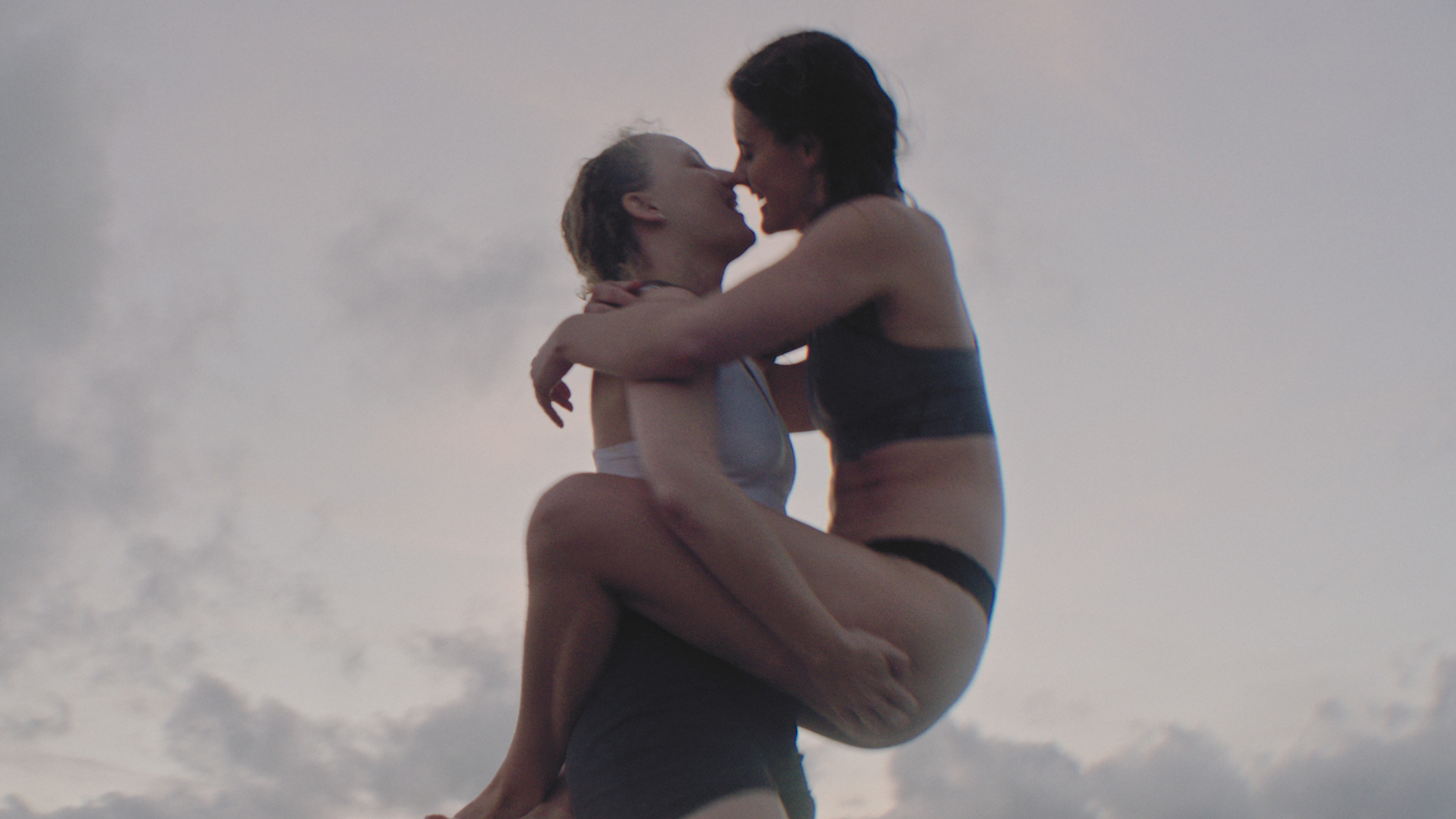 British director Jamie Patterson’s latest film follows the eponymous Justine (Tallulah Haddon) a young malcontent living in Brighton. Opening as she is awoken from a drunken slumber by her angry landlord demanding rent, we follow Justine through the preceding two months of her life.

It’s always a bit of a tell when a film pulls a non-linear framing device. Asking what this adds to our understanding of things can reveal truths about characters and events that might otherwise be illegible through a linear narrative. Alternatively, it can reveal little except a distraction from a straightforward story. Sadly, Justine broadly falls into the latter category, which while often charming and even sometimes moving, never quite finds much of note to say about its subject.

Haddon makes a good go of bringing the unlikable Justine to life. Her early scenes with new beau Rachel (Sophie Reid) are often tender and fizzing with the excitement of new romance. Meanwhile, her friendship with Peach (Xavien Russell) is the most authentic and lived-in relationship of the film, communicating real connection in few words. Justine’s impressionist moments are its best, zipping about from lounging around on the beach to lifting tops from the small boutiques of the North Laine, as well as the first night that Justine and Rachel spend together.

It’s somewhat of a shame, then, that the third act feels the need to explain Justine’s fractious relationship with her mother. It upends, perhaps, our expectations of Justine’s background, but at the expense of emotional and structural nuance. Similarly, her alcoholism and attendant depression feels more of a narrative contrivance for her to keep letting her loved ones down, rather than as a meaningful dimension to her character. This is borne out in the film’s final sequence, when after she is attacked by a gang she finds herself in hospital. Her doctor (Steve Oram) warns her that if she doesn’t stop drinking she’s going to die. This is true, of course, but it isn’t why she was in hospital: the doctor bringing it up rings hollow.

Paul O’Callaghan’s handheld cinematography certainly captures Justine’s isolation and creates a much-needed sense of intimacy and immediacy. But its monotone grey merely underscores Justine’s depression, rather than giving it dimension or contrast. In the end, Justine is an enjoyable and often charming British film, but a messy third act and unnecessary contrivances leave it lost in the lanes.